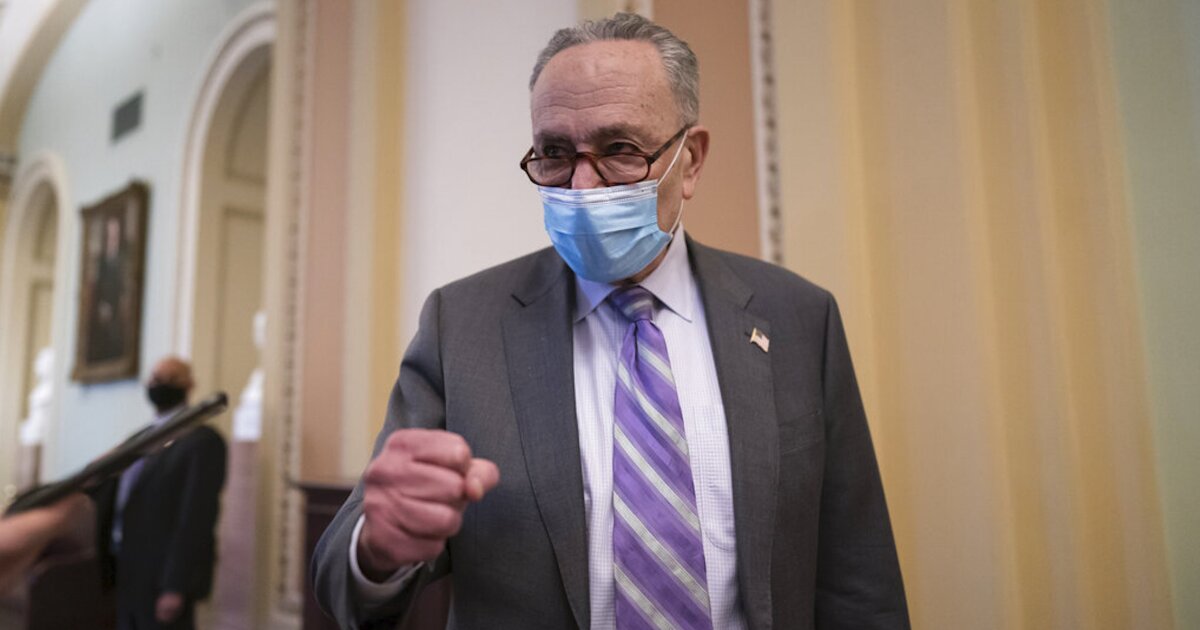 And that — forgive the segue, which is purely coincidental — brings me to Sen. Chuck Schumer, leader of the Democratic majority in the Senate. He and his party are trying to ram legislation through Congress to double the federal minimum wage to $15 an hour. They claim this is for “struggling workers and their families” — that is, to help the little guy.

But it will do no such thing. Although the Congressional Budget Office, which is neither Republican nor Democrat, recently found that a $15 minimum wage would lift 900,000 people out of poverty, it also revealed that it would kill 1.4 million jobs, and perhaps as many as 2.7 million.

That’s because, as every respected economist acknowledges, Washington cannot wave a wand over an hour’s work and — presto! — magically raise its actual value to $15 from the current $7.25 minimum. Businesses always try to avoid paying more than something is worth, so if jobs are overpriced, employers cut them and either get more work from fewer staff or replace sacked workers with machines.

The sustainable way of lifting 900,000 people out of poverty, if you actually want to do that, is for Washington to get out of the darn way, cut regulation, as was so effective during the past four years, and create conditions in which businesses can thrive. But Democrats don’t want that because it reduces their control.

The Senate filibuster, which requires 60 votes to pass bills, would thwart the $15 minimum wage legislation, which is in the $1.9 trillion coronavirus relief package. So, Schumer intends to sneak the hike through a maneuver that allows budgetary matters to be OK’d with a bare majority — 50 Democratic senators plus Vice President Kamala Harris.

Sen. Bernie Sanders, whose socialism is now the guiding star of Democratic governance, says the $15 minimum wage is a budgetary matter because it will stoke inflation and force the federal government to borrow more.

Think what a ruse that is. All Democrats have to do to sidestep norms and make sure nothing stops legislation that can’t secure wide support is change the rules or make their bills so expensive that they blow a bigger hole in the budget. The people who will have to fill those holes are you (with high taxes, higher prices, more borrowing, and higher interest rates) and your children, the little guys who will inherit the Democrats’ mess.

A minimum wage hike automatically raises union wages, so Democrats are really just trying to inflict harm on the most vulnerable workers (who’ll lose their jobs) and entrepreneurs (who’ll lose their businesses) at the behest of entrenched Big Labor (who give millions in campaign kickbacks to the Democrats).

It’s not just on minimum wage but across the spectrum that Democrats work against the little guy. They want to cancel $50,000 of debt for each college and university student. Who does this help? Higher-income students who go to expensive colleges and universities. Who’ll pay for it? Federal taxpayers and their children, the majority of whom don’t go to a university, or those who, being thrifty, choose cheaper, less prestigious schools. So, help the rich and screw the little guy.

What about Democrats’ desire to restore the state and local tax deduction? Who does it help? Wealthy people paying high taxes in Democratic-run states. Who will pay for it? Federal taxpayers and their children across the nation. So, help the rich and screw the little guy. And the war on fossil fuels? Same again. It salves the consciences of the rich while throwing working-class people out of their jobs.

The pattern is obvious in the warp and weft of the Democratic agenda. Ersatz egalitarianism cloaks a legislative agenda inimical to the interests of the poor and powerless. Who helps them? Why, people such as Jeff Bezos, owner of Amazon and the second richest man in the world. Why? Because he already pays $15 an hour, so he can back a move that would ruin his competitors, requires him to do precisely nothing, and makes him look like he’s on the side of the angels.

That nausea you are feeling is your moral sense functioning as it should.