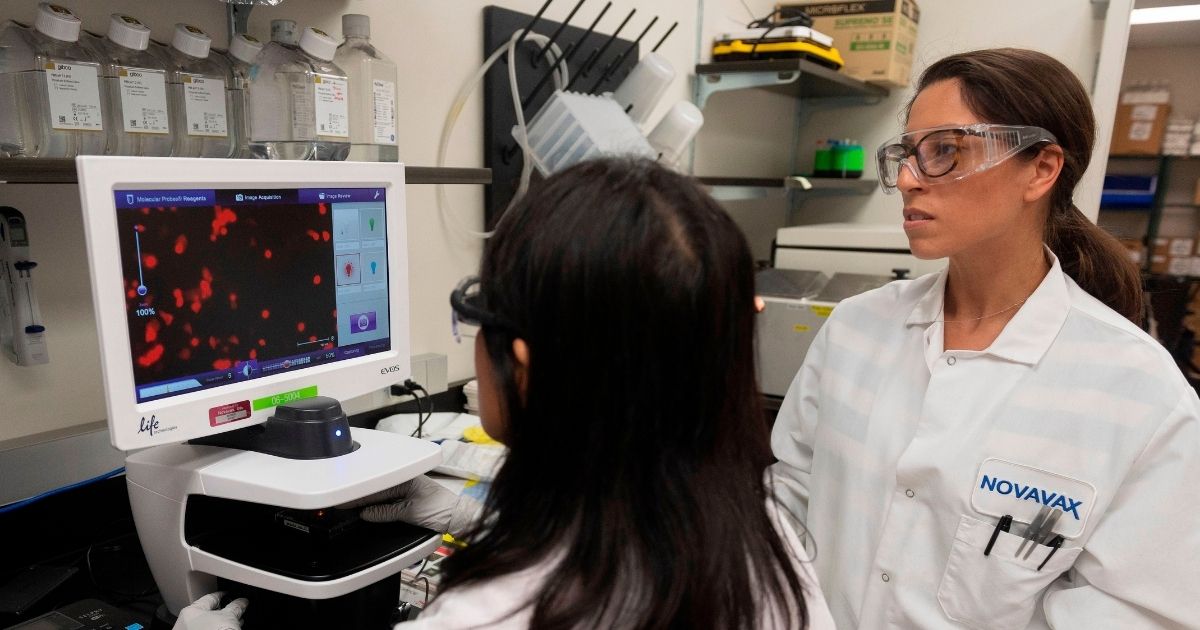 Twenty million Americans could receive a vaccine for the novel coronavirus in the month of December, according to Dr. Moncef Slaoui, co-lead of Operation Warp Speed, the public-private partnership aiming to develop and distribute a safe and effective vaccine as quickly as possible.

At a White House media briefing on Friday, President Donald Trump and other officials gave an update on the mission to get a vaccine out to those who most need it most, and also on when such vaccinations could be more widely available.

Pfizer is hoping to receive emergency-use authorization from the Food and Drug Administration for its vaccine, which is reportedly more than 90 percent effective, in a matter of weeks, which could effectively bring about the beginning of the end of the nation’s health crisis.

Slaoui said the company Moderna — which is working with the National Institutes of Health, according to Politico — could also announce in the coming days the efficacy of its own vaccine.

Successful emergency-use applications could mean both companies soon begin to distribute vaccines for Americans who need them the most.

“We plan to have enough vaccine doses available for use in the U.S. population to immunize about 20 million individuals in the month of December, and another 25 to 30 million per month on an ongoing basis from there on,” the Operation Warp Speed co-lead said.

“And as of the month of February or March, if we have more vaccines approved,” he added, “we may be able to immunize a larger number of Americans, on an ongoing basis, per month.”

Vaccines are expected to be widely available for the general public “as soon as” next April, Trump said.

Would you take a COVID-19 vaccine if given the opportunity?

The president was optimistic Friday when speaking about the success of Operation Warp Speed.

“No medical breakthrough of this scope and magnitude has ever been achieved this rapidly, this quickly. And we’re very proud of it, and I had tremendous help from the military — generals, admirals — and many of the great people at the White House,” he said.

Added the president, “The average development timeline for the vaccine, including clinical tests and manufacturing, can take eight to 12 years. Through Operation Warp Speed, we’re doing it in less than one year.

“If you had a different administration with different people, what we’ve done would have taken, in my opinion, three, four, five years, and it would have been in the FDA forever,” the president added.

“This is five times faster than the fastest prior vaccine development in history,” he said.

Trump said initial doses of the vaccine would go to front-line workers, elderly Americans and those at a high risk of suffering coronavirus-related complications.

“By vaccinating the elderly and the high risk, we will effectively end this phase of the pandemic and allow seniors to reclaim their golden years,” the president said.

Trump also indicated that vaccine doses will not be delivered to New York state until Democratic Gov. Andrew Cuomo signals he will distribute them “immediately.”

“As soon as April, the vaccine will be available to the entire general population, with the exception of places like New York state, where, for political reasons, the governor decided … he wants to take his time with the vaccine,” the president added. “He doesn’t trust where the vaccine is coming from.”

The governor “will have to let us know when he’s ready for it,” Trump said. “Otherwise, we can’t be delivering it to a state that won’t be giving it to its people immediately.”

In October, Cuomo expressed skepticism that a vaccine developed and distributed under the Trump administration would be safe.

“I’m not that confident [in the Centers for Disease Control and Prevention] but my opinion doesn’t matter,” he said, according to the U.K. Daily Mail.

“You’re going to say, ‘Here’s a vaccine it was new, done quickly but trust this administration that it’s safe?’”

Cuomo added, “I think it’s going to be a very skeptical American public and they should be.

“We’re going to put together our own group of medical experts to review the vaccine and if they say it’s safe I will go to the people of New York and say it’s safe,” he said.

“But I believe all across the country, you’re going to need someone other than this FDA and CDC saying it’s safe.”

University Of Minnesota To Use Record $5 Million Gift To Start...