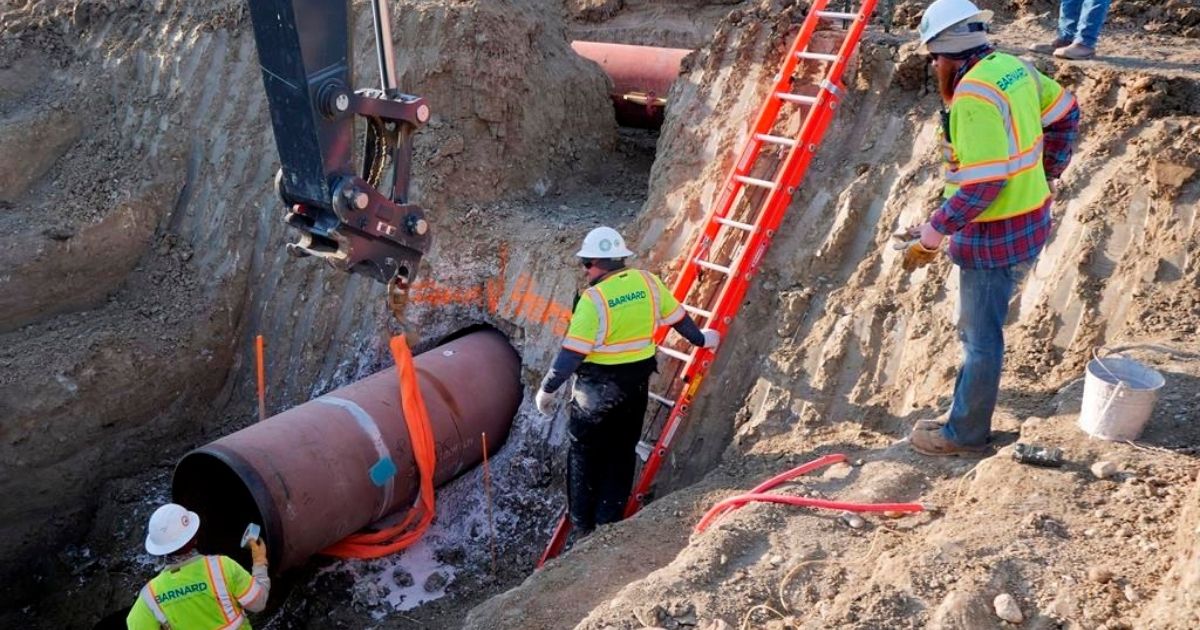 Three unions seemed to be regretting endorsing President Joe Biden after his first day in office.

“Leaving the Keystone XL pipeline permit in place would not be consistent with my Administration’s economic and climate imperatives,” Biden said, according to The Associated Press.

Keystone XL President Richard Prior said more than 1,000 unionized jobs would also be eliminated in the next few weeks as it slowly shuts down the construction of the 1,700-mile pipeline.

TRENDING: Report: As DC Politicians Abandon Soldiers, Donald Trump Steps in and Proves He Never Will

The United Association of Union Plumbers was one group that endorsed Biden last year, saying he would help it “win more work with good wages and benefits.”

“This endorsement is about putting UA members to work and fighting for fair wages and good benefits,” General President Mark McManus said in August.

“This endorsement is about putting UA members to work and fighting for fair wages and good benefits. Under a Biden Administration, that’s exactly what we’ll get,” said General President Mark McManus.

Read more on our endorsement: https://t.co/1vLpFxfLCz

Less than a year later, the union has expressed disappointment in Biden.

“In revoking this permit, the Biden Administration has chosen to listen to the voices of fringe activists instead of union members and the American consumer on Day 1,” McManus said in a statement.

“Sadly, the Biden Administration has now put thousands of union workers out of work. For the average American family, it means energy costs will go up and communities will no longer see the local investments that come with pipeline construction.”

North America’s Building Trades Union, which also endorsed Biden last year, said it was “deeply disappointed” in the decision to revoke the permit.

Do you think these unions are regretting their Biden endorsements?

“Environmental ideologues have now prevailed, and over a thousand union men and women have been terminated from employment on the project,” NATBU president Sean McGarvey said in a statement.

“On a historic day that is filled with hope and optimism for so many Americans and people around the world, tens of thousands of workers are left to wonder what the future holds for them.

“In the midst of a pandemic that has claimed 400 thousand American lives and has wreaked havoc on the economic security and standard of living of tens of millions more, we must all stand in their shoes and acknowledge the uncertainty and anxiety this government action has caused.”

#LIUNA proudly endorses @JoeBiden & @KamalaHarris for President & Vice President. As we celebrate #LaborDay2020 and remember the strife & struggle of those who came before us, Biden & Harris stand out as the blue-collar candidates.

“We had hoped the new Administration would make a decision based on the facts as they are today, not as they were perceived years ago,” general president Terry O’Sullivan said in a statement.

American energy innovation is respected around the world.

Pipelines like the Keystone XL are the safest & most efficient ways to transport energy.

By canceling Keystone, Pres. Biden has put 11,000 Americans out of work & raised energy costs for families around the US.

“The Biden Administration’s decision to cancel the Keystone XL pipeline permit on day one of his presidency is both insulting and disappointing to the thousands of hard-working LIUNA members who will lose good-paying, middle class family-supporting jobs.

“By blocking this 100 percent union project, and pandering to environmental extremists, a thousand union jobs will immediately vanish and 10,000 additional jobs will be foregone.”