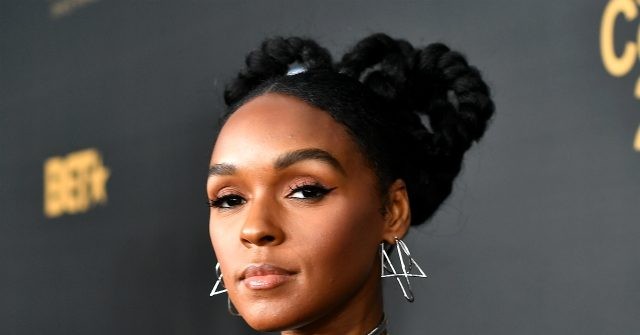 “Fuck Donald Tromp and every American citizen, celebrity, white woman, black man, ETC who supported him burnnnnnnnnnn,” tweeted Janelle Monae, who also played a Christian woman in the 2019 film Harriet. Monae, an eight-time Grammy-nominated singer, deleted the tweet. A screenshot of the tweet appears below.

“I’m not going down the list for y’all you do the research and see who gave him millions of votes,” Monae wrote in another tweet, according to Newbusters, that has also since been deleted.

the Republican Party 🖕🏻has wanted a pawn to carry out their agenda & help do their dirty work for a while . This is why the racists, sexists, white nationalists, white supremacists, etc that make up that party won’t call 4 impeachment . #RacistInChief is ALSO a PAWN . 🖕🏻🖕🏼🖕🏽🖕🏾🖕🏿

In condemning the more than 68 million-plus Americans who’ve voted to re-election Donald Trump, Janelle Monae is echoing attacks made this week by the likes of actors Wesley Snipes and Josh Gad.

Snipes took to Twitter on Thursday and said “The closeness of this election is showing just how many decided racism is ‘not a big deal.’”

The closeness of this election is showing just how many decided racism is “not a big deal”.

Josh Gad told his 600,000 Twitter followers that “America has shown itself to be dangerously racist, pathetic and more willing to vote for hatred than their own lives.”

There can be two truths. Biden IS going to win this thing AND America has shown itself to be dangerously racist, pathetic and more willing to vote for hatred than their own lives. But at least we will get to fight another day. #CountAllTheVotes

Democrats, pundits, many in the elite media, and large chunks of the Hollywood left have spent years constantly castigating President Trump and his supporters as racists. Despite the smears, President Trump won the highest share of non-white voters of any Republican presidential candidate since 1960.