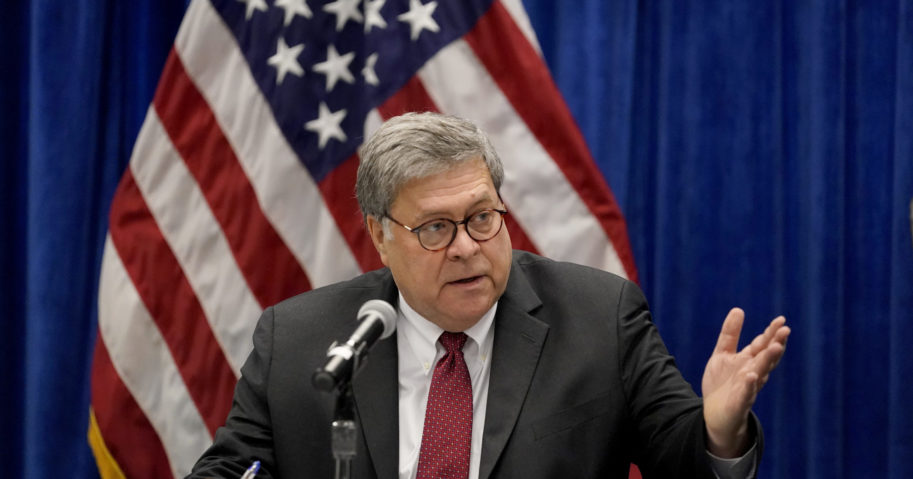 APAttorney General William Barr said on Dec. 1, 2020, that the Justice Department has not uncovered evidence of widespread voter fraud in the 2020 presidential election. (AP)

President Donald Trump has claimed that the election was stolen and has refused to concede to presumptive president-elect Joe Biden.

In an interview with The Associated Press, Barr said U.S. attorneys and FBI agents have uncovered no evidence that would change the outcome of the election.

“To date, we have not seen fraud on a scale that could have affected a different outcome in the election,” Barr told the AP.

Last month, Barr issued a directive to U.S. attorneys across the country allowing them to pursue any “substantial allegations” of voting irregularities before the 2020 presidential election was certified.

The claims have yet to be proven, and legal action remains ongoing.

Trump recently allowed his administration to begin the transition over to Biden but has refused to admit he lost.

Do you think voter fraud impacted the outcome of the presidential election?

“There’s been one assertion that would be systemic fraud and that would be the claim that machines were programmed essentially to skew the election results. And the DHS and DOJ have looked into that, and so far, we haven’t seen anything to substantiate that,” Barr said.

“Most claims of fraud are very particularized to a particular set of circumstances or actors or conduct. They are not systemic allegations,” Barr added.

“Some have been broad and potentially cover a few thousand votes. They have been followed up on.”