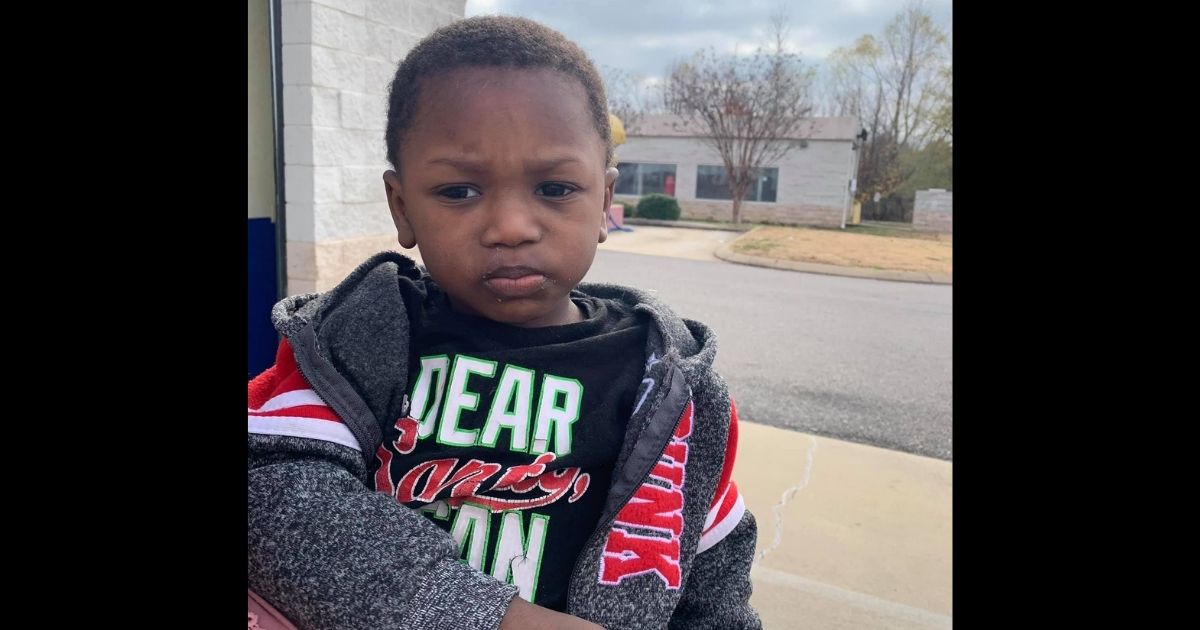 It’s difficult enough to imagine what would drive a person to abandon a pet, but it’s even harder to understand when it’s a child that is abandoned.

On Monday morning in Southaven, Mississippi, that’s exactly what happened. A 2-year-old boy was left at a Goodwill with a plastic shopping bag containing some food, some clothes and a note on a paper towel that read “child abandoned…no phone number for mom,” according to WREG-TV.

While the boy was unable to tell finders his name, he did hold up two fingers when asked how old he was. Thankfully he didn’t seem too shaken up and was playing, laughing and eating snacks when the police arrived.

“Goodwill learned that a two-year-old child was left at a Goodwill attended donation center,” a Goodwill spokesperson told People. “The child was accompanied by an adult who dropped the child off, but it is not known what relationship they have with the child.

“The safety of the child is our top priority and we are very sorry to hear about the circumstances of this young child.

“Upon knowing the child’s circumstances, we immediately reported the situation to police. Our security leaders are working closely with local authorities, including reviewing surveillance footage. At this time, the matter is an ongoing investigation with the police.”

The Southaven Police Department posted on Facebook about the child, asking for the public’s help.

“The suspect, a light-skinned black male wearing black jogging pants and a black cowboy hat, dropped the child off with a plastic bag containing a change of clothes and a note,” the department wrote. “The suspect then left the scene on foot.

“Responding officers but were unable to locate the suspect. The male child is approximately 2 years old and is unable to give his name or the names of his parents or relatives.”

Authorities also circulated images from surveillance cameras of two people who are believed to be connected to the incident. While they describe one suspect as a “light-skinned black male,” many people are insisting that the suspect looks like a woman dressed in men’s clothes.

“Nearby surveillance video captured images of both a male and female associated with this incident and the vehicle they were driving when the child was abandoned,” the police department wrote. “If you recognize either person or the vehicle they are driving, please contact SPD.”

Nothing has been shared about the boy’s family or even if the people who dropped him off are related to him. Multiple suspects have been taken into custody. Meanwhile, the boy is safe and being cared for.

“Chief Moore would like to thank all of the citizens who showed concern for the child, rest assured he is well, and being taken care of and will be re-united with family when CPS determines this is proper,” the police department wrote in an update. “Thank you to all of the citizens who offered tips regarding the suspects in this case.”

“The cooperation from the community and a unified effort from law Enforcement led to the speedy apprehension of suspects.”