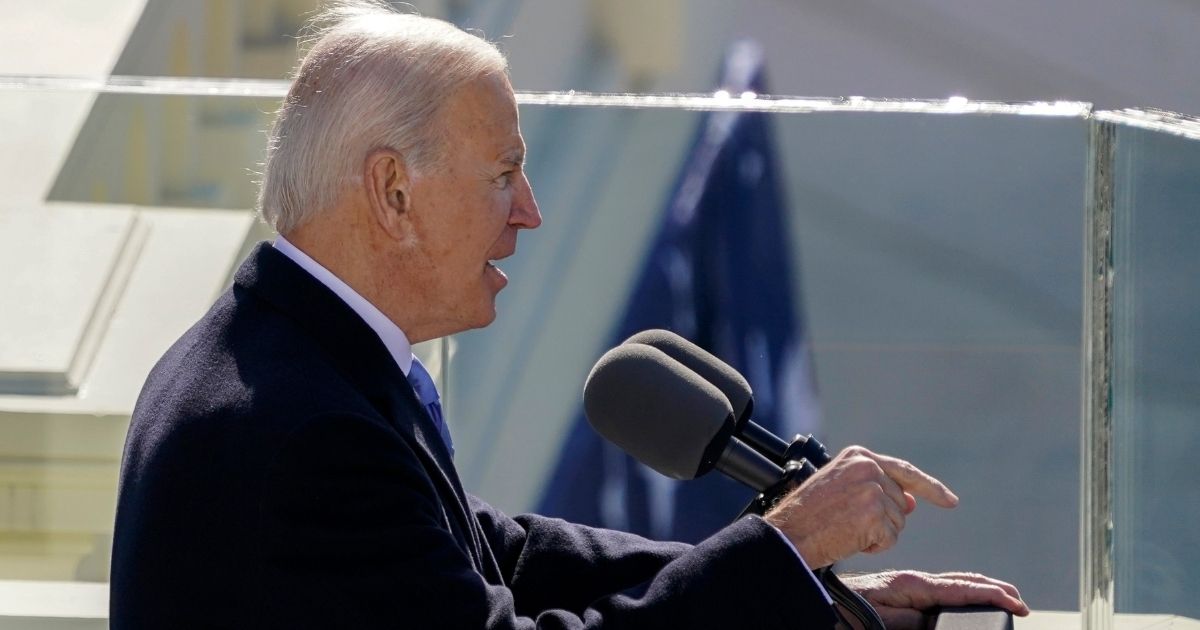 President Joe Biden is a difficult man to work for, according to multiple people close to him and an aide who helped write speeches for him during the campaign, Politico reported Tuesday.

The article by national correspondent Natasha Korecki, published a day before Biden’s inauguration, seems to underscore a genuine concern among many both inside and outside of Washington that the 78-year-old has lost a step or two mentally.

Korecki described the speech-writing process for Biden, who has been dogged by speculation about his cognitive health, as one that was cumbersome for those assigned the task during the 2020 campaign.

The Politico report, which some might be stunned was even published, does little to dispel the notion that Biden has lost a few steps since he last served as vice president in January 2017.

While Biden did not do a lot of public speaking throughout his campaign, what little stumping he participated in was often filled with gaffes as well as some behind-the-scenes drama, according to Korecki.

TRENDING: Fred Weinberg: Believe It or Not, There’s Good News Coming for America

The Politico reporter spoke with some of those who have an intimate knowledge of Biden’s campaign, his temperament, his decades-long struggle with syntax and his troubling recent issues with his memory.

“On the 2020 campaign trail, he’d keep groups of supporters waiting inside while he’d hole up in a black car with aides, refining lines of his prepared remarks,” Korecki reported. “Revisions go up to crunch time; it isn’t uncommon for a staffer to be scurrying to the teleprompter with a flash drive just before an event is to begin.”

That all sounds like routine behavior for a candidate seeking to court favor with voters in an era where public remarks can reach TV audiences and end up on every corner of the internet.

But Biden apparently had other issues, which Korecki more or less glossed over in a wide-ranging report that concluded, “Writing a speech for Biden can be hell. And that was before the inaugural.”

Do you think Biden is mentally fit to be president?

He reportedly “obsessed” before delivering public remarks since he launched his third presidential campaign and insisted on however many rehearsals were necessary for him to remember his lines.

The 78-year-old, per those close to him, was known for becoming agitated during the speech-writing process.

“I would never say this,” Biden once said while lashing out at an aide over something in a speech he was to deliver, Korecki reported. Going over remarks, he demanded, “‘Where did you get this from?”

“The aide explained that Biden had just said it in a public speech a couple of weeks earlier,” Korecki wrote.

“Such are the hallmarks and unpleasantries that are the sausage-making of speech writing with Biden,” she said of the grueling task of helping the now-president prepare to speak.

Apparently, Biden at times was incapable of recalling what he had said in his own speeches.

For those who spent the 2020 campaign questioning Biden’s cognitive health, the report is more evidence that the country’s new president might be suffering from a memory issue.

Of course, now that campaigning is over for Biden, any inference that he might not be up to the rigorous job of running the country is a moot point. He is no longer a candidate seeking the highest office in the land.

After nearly five decades in government, Biden has ascended to become the country’s 46th president, effective Wednesday. But he is still reportedly affected by memory issues and his penchant for becoming agitated, which was well-documented along his route to 1600 Pennsylvania Ave.

While his reported temperament and reported memory issues were once realities apparently accepted only by those who worked with him to unseat former President Donald Trump, they are now of great consequence for every American.

Barring some unforeseen circumstance, Biden is now and will be for four years at the helm of the country as the commander in chief of the military.

He will also take on the leadership capacity to direct the country’s foreign and domestic policies, which will see him pivot away from many of those that resulted in years of unprecedented success for everyday Americans under the leadership of his predecessor.