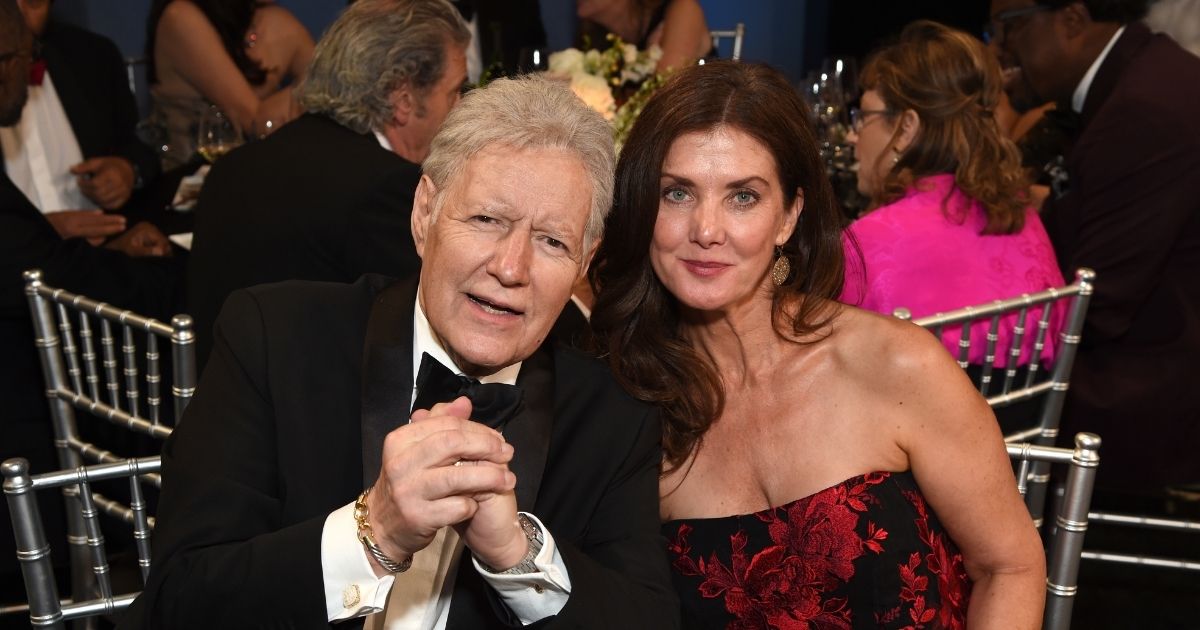 After news of Trebek’s passing broke, the internet teemed with brokenhearted friends and fans who wrote tributes to the late, great television show host.

He was a class act, a rare breed, and people honed in on his excellent character and composure time and again. The person who was closest to him has kept quiet until now, but she has appreciated the outpouring of support, which she made clear in a post of her own on Wednesday.

“My family and I sincerely thank you all for your compassionate messages and generosity,” Jean Trebek shared on Instagram.

“Your expressions have truly touched our hearts. Thank you so very, very much.”

“Many Blessings to all, Jean Trebek.”

She included a simple but sweet photo of their wedding day, where Alex appears to be putting the ring on her finger.

It’s no secret that Jean meant the world to Alex, and that without her, he wouldn’t have made it as far as he did in his cancer battle.

“She’s kept me alive,” he told People. “If it weren’t for Jean, I’d have put myself out of this a long time ago.”

When the couple met in 1988, Jean was less than half Alex’s age: She was 23, he was 47. But age was just a number, and Trebek immediately knew that she was something special.

“I mean, you’ve heard stories of people who meet and decide within half an hour; I knew this was going to be the person I’d end up with. With Jeanie that’s how it was.”

“I wasn’t looking for love. But I recognized at a gut level that here was someone who was going to complete me as a human being.”

Two years after meeting, they got married. They spent “only” 30 years together, a fact that the Jeopardy! host touched on and briefly lamented in an interview with People.

“But my wife Jean and I have been together almost 29 years, and I was thinking about President Bush when he died, and all the comments about his life about what a nice guy he is, and how he and his wife had been together 73 years,” he told People in January.

“I thought, oh my gosh … if I’d just met Jean in my 20s we could have had a longer life together.”

And 30 years was even better.

China Behind Global Decline in Freedom

China Behind Global Decline in Freedom