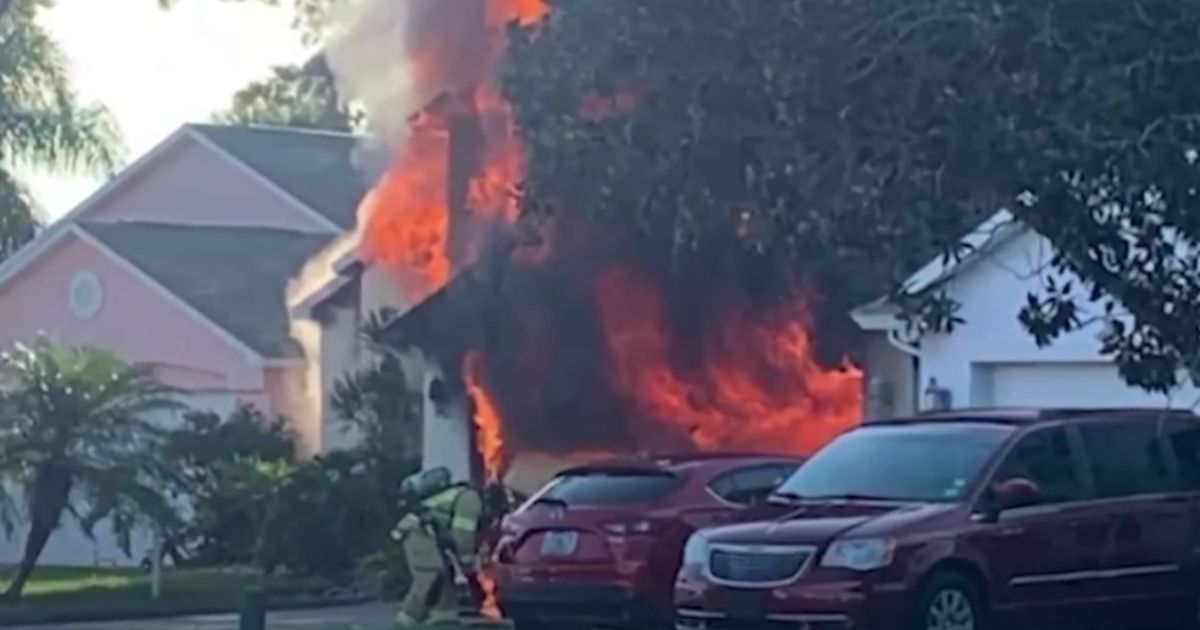 On Friday afternoon, Tim West of New Smyrna Beach, Florida, almost lost his parents, his house and his dog while he was out.

But his neighbors and even a random deliveryman in the area weren’t about the let that happen. Amazon deliverer Sean Campbell was doing his rounds on Black Friday in the Century Woods Subdivision when he heard screaming in the distance.

“I heard the screaming and when you hear something like that you have to go to it,” Campbell told WESH-TV.

Without a second thought, he dropped the packages he was carrying and raced to the source of the screams. When he got there, he saw a house on fire.

An elderly woman had been escorted from the home, but when Campbell got there an elderly man was still trapped inside, apparently unaware of the blaze steadily consuming the home.

Campbell entered the house and saw the elderly gentleman in the kitchen.

“He was in the kitchen, just, you know, with his walker just standing there,” Campbell explained. “I don’t think he truly knew what was going on, so I was like, ‘Sir, c’mon. I need to help you. C’mon, let’s get out.’”

“He was trying to grab his walker and cane and I’m like, ‘No, we got to move … you’ve got to see another day!’”

When firefighters arrived, they were able to rescue the family dog, as well. The house was badly damaged, but not destroyed, and the family will be staying with a relative who lives nearby while the home is repaired.

Campbell was glad to be of assistance, and West is aware that Campbell and the others who risked harm to save his family are heroes.

“Thankful that I got the people inside out,” Campbell said.

“It was fantastic that he was both here and able to go inside and brave enough to go inside,” West said. “We really appreciate that.”

Amazon has also given Campbell a nod, and company spokeswoman Deborah Bass said Amazon just as proud of its driver.

“We love hearing stories about drivers being everyday heroes for our customers and the communities they serve,” she told People.

“Everyone at Amazon was touched by Sean going above and beyond to help someone in need, and we’re excited to celebrate and thank him for his great efforts.”