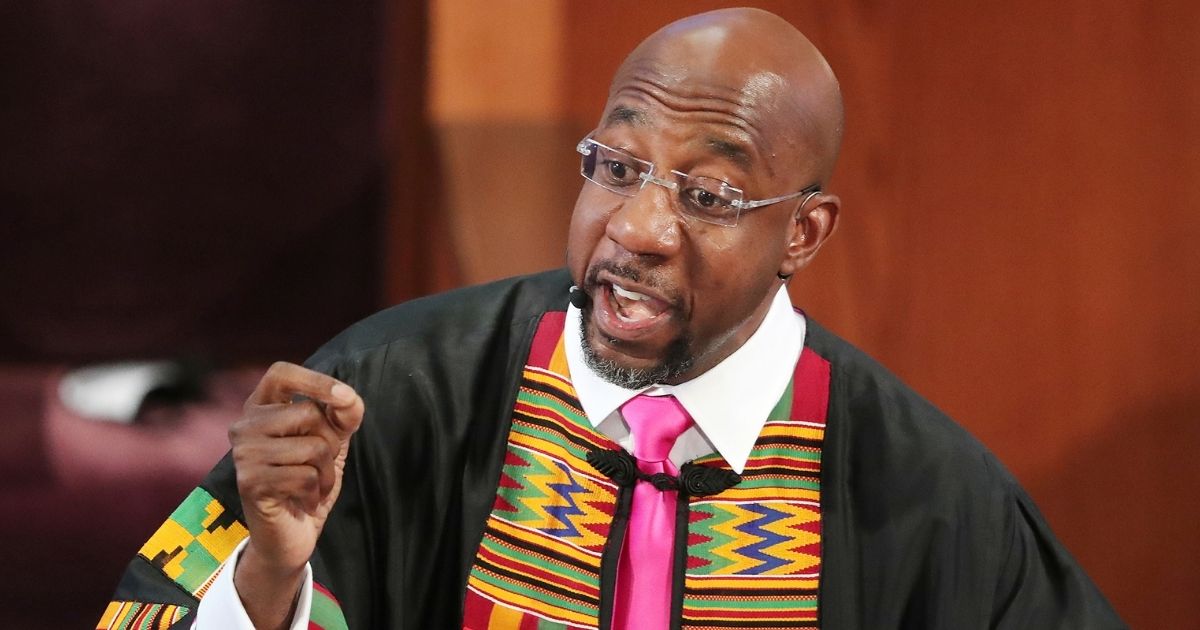 A 2011 video of the Rev. Raphael Warnock, currently a Democratic Senate candidate in Georgia, making questionable statements about military service has resurfaced on the internet.

While giving a sermon titled “When Truth Meets Power,” Warnock criticized those who serve in the armed forces while also professing faith in God.

“America, nobody can serve God and the military,” he declared.

Conservative politicians and pundits reacted to the clip of the candidate, who will face incumbent Republican Sen. Kelly Loeffler in a runoff election Jan. 5.

Not shocked #Georgia Democrat Senate candidate Raphael Warnock said “You cannot serve God and the military” at the same time. These & even crazier things is what the radicals who control the Democratic party’s activist & small dollar donor base believepic.twitter.com/bQyBuKLwjb

Democrat Raphael Warnock, who is up against @KLoeffler in the Georgia runoff, just got exposed for his 2011 comments:

“America, nobody can serve God and the military.”

Mammon, from the original “Ye cannot serve God and mammon” refers to riches and materialism.

Substituting the military in for that is a choice.

As a pastor, Air Force chaplain, and Iraq veteran, I can’t think of anything more despicable than @ReverendWarnock claiming “nobody can serve God and the military.”

His reprehensible words are an insult to every American who has served in our military.https://t.co/y39hRjteCf

While Warnock should not be “canceled” for his prior comments on those who serve in the military, he should certainly take his opponent’s advice and apologize.

But instead, his campaign has deflected.

Communications director Terrence Clark said in a statement to Fox News that the clip had been taken out of context.

“This sermon is based on a biblical verse that reads ‘No man can serve two masters… Ye cannot serve God and mammon,’ a biblical term for wealth,” Clark said. “Reverend Warnock was speaking about the need to commit to moral life before pursuing other priorities.

“As the video of the congregation’s response makes clear, this is another blatant effort by Kelly Loeffler to take Reverend Warnock’s words completely out of context. Given her own decision to spend her first days in the U.S. Senate profiting off the pandemic, perhaps she should watch the sermon more closely.”

Is military service incompatible with faith in God?

Suggesting that those who serve their country can not serve God at the same time is not just inappropriate, it’s insulting.

Whether Warnock agrees with American foreign policy in recent decades, he should go forward with the understanding that the vast majority of service members have a noble intention: to protect and defend the United States and everyone in it — including Warnock.

If the military were unable to successfully defend America from her adversaries, he would not have the freedom to preach whatever he pleases from the pulpit.

Warnock’s 2011 remarks are incredibly disrespectful to the tens of thousands of active-duty and retired military personnel in Georgia, and they may remember that at the voting booth come this January.