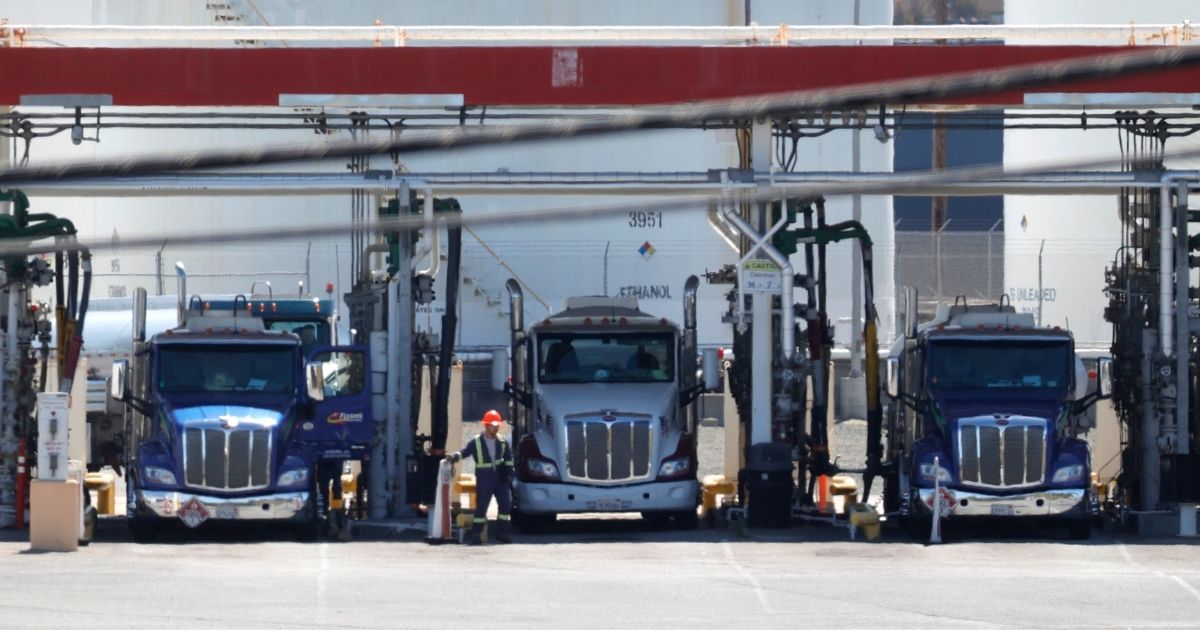 For the second time since February, a weak link in the nation’s critical infrastructure and supply chain has been exposed — this time by computer hackers.

Colonial Pipeline, which boasts being the “largest refined products pipeline in the United States,” was knocked offline on Friday in a malicious cyberattack of which the origin is still unknown. As a result, the pipeline system which carries 45 percent of all fuel consumed on the East Coast ceased operations, the company announced.

“On May 7, the Colonial Pipeline Company learned it was the victim of a cybersecurity attack. We have since determined that this incident involves ransomware. In response, we proactively took certain systems offline to contain the threat, which has temporarily halted all pipeline operations, and affected some of our IT systems,” the company said in a statement.

“Upon learning of the issue, a leading, third-party cybersecurity firm was engaged, and they have launched an investigation into the nature and scope of this incident, which is ongoing,” Colonial Pipeline added. “We have contacted law enforcement and other federal agencies.”

“Colonial Pipeline is taking steps to understand and resolve this issue. At this time, our primary focus is the safe and efficient restoration of our service and our efforts to return to normal operation,” the statement concluded. “This process is already underway, and we are working diligently to address this matter and to minimize disruption to our customers and those who rely on Colonial Pipeline.”

The affected pipeline system is more than 5,500 miles long — meaning this one is big time.

“It’s a serious issue,” Tom Kloza, the global head of energy analysis at Oil Price Information Service, said, according to The New York Times. “It could snarl things up because it is the country’s jugular aorta for moving fuel from the Gulf Coast up to New York.”

The Wall Street Journal reported Colonial Pipeline is working to get the issue fixed quickly, and by doing so, could avoid Friday’s ransomware attack from significantly affecting fuel markets. The FBI and the Cybersecurity and Infrastructure Security Agency are both investigating the hack, as is a private cybersecurity firm called FireEye Inc.

But thus far, there are no answers as to who was behind the attack — a state actor or criminal individuals seeking to profit. One expert on such attacks spoke to The Wall Street Journal about the hacking and its sobering and wider implications.

Do you worry that gas prices might skyrocket this summer?

University of Notre Dame cybersecurity expert Mike Chapple said whoever is behind Friday’s attack was “extremely sophisticated” while also noting the Colonial could bear some blame, should it be discovered the company was not adequately prepared for such an attack.

“This pipeline shutdown sends the message that core elements of our national infrastructure continue to be vulnerable to cyberattack,” Chapple said.

The Friday attack on the transportation of fuel came as Americans have already seen prices at the pump skyrocket. What effect, if any, the attack on Colonial will have on gas prices remains to be seen. But it will no doubt burden cash-strapped Americans if the issue created by the cyberattack is not resolved quickly.

Friday’s event occurred less than three months after a winter storm knocked much of the green energy-reliant Texas power grid offline. That storm and its effect on the grid resulted in multiple deaths and hit others in their wallets.

Both events come as the nation squabbles about updating the country’s aging and vulnerable critical infrastructure. Leftist Democrats of course have linked everything in their radical agenda to “infrastructure” as they seek to spend upwards of $4 trillion on the issue, Business Insider reported.

Every infrastructure decision is, inevitably, a climate decision too. pic.twitter.com/FXuIz0cSHC

While the party seeks to underhandedly reshape the country by linking issues such as police reform and climate change to efforts to modernize the country, they also hold up chances that a bipartisan bill could tackle the issues staring the country in the face. Democratic lawmakers are playing games while enemies of the American people continue to display not only their brazen disregard for our security, but also their aptitude for understanding the links in its critical supply chains.

A freak winter storm that left much of one of the country’s largest states scrambling for answers in the dark should have sparked an honest conversation about updating the country’s vulnerable points. A malicious attack that brought the transportation of fuel to the country’s population centers on the East Coast to a halt, no matter the duration, should result in a resounding bipartisan response.

Will lawmakers come up with an actual solution to protect the American people, or will the process continue to be held up as Democrats tell us that paid family leave is critical infrastructure?

ANALYSIS: How Do We Get More Babies?

BOOM! FOX 26 Reporter Announces LIVE ON AIR That She Is Secretly Recording the Channel and Will Release the Video with Project Veritas Tomorrow!...