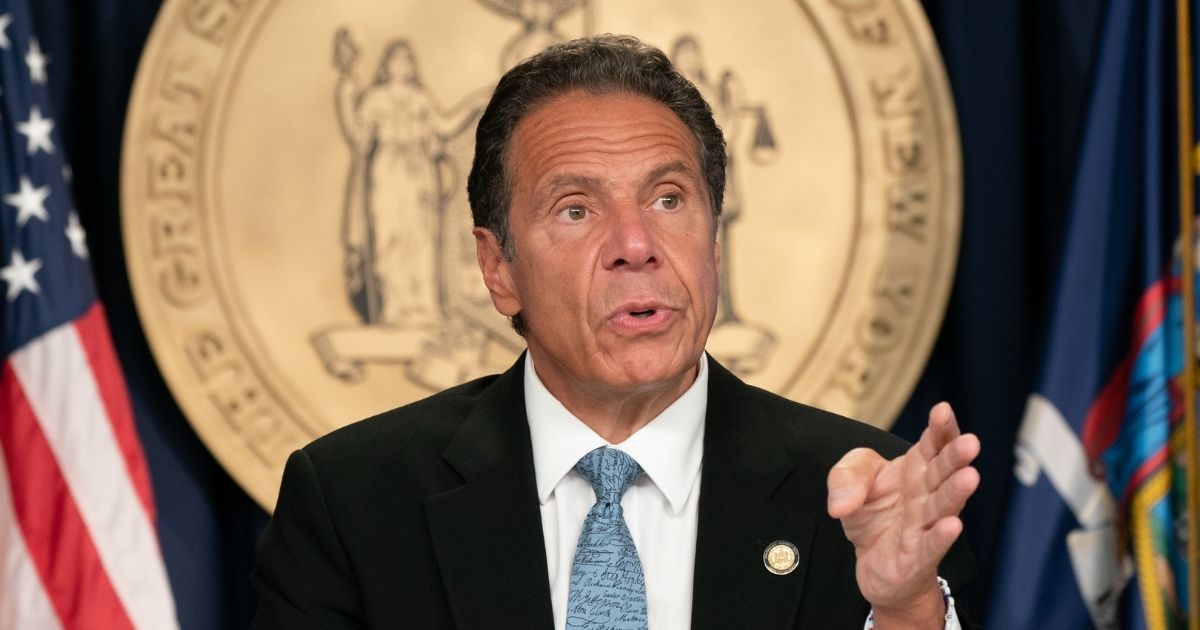 Democratic New York Gov. Andrew Cuomo on Monday expressed concern about the distribution of a coronavirus vaccine under the Trump administration.

Following Pfizer’s announcement that its vaccine had a 90 percent success rate in a study, Cuomo spoke to George Stephanopoulos on ABC’s “Good Morning America” about the good news.

“What do you make of this news?” Stephanopoulos asked.

“Well, it’s good news/bad news. The good news is the Pfizer tests look good and we’ll have a vaccine shortly. The bad news is that it’s about two months before Joe Biden takes over and that means this administration is going to be implementing a vaccine plan.

“The vaccine plan is very important and it’s probably the most ambitious undertaking since COVID began … And the Trump Administration is rolling out the vaccination plan and I believe it’s flawed. I believe it learns nothing from the past. They’re basically going to have the private providers do it and that’s going to leave out all sorts of communities that were left out the first time when COVID ravaged them,” Cuomo responded.

When asked about what he thinks Biden will do better, he quickly deflected the question and was unable to give an explanation.

“So what needs to be done that the Trump Administration won’t do that President-Elect Biden could do?” Stephanopoulos asked.

Would you personally take a coronavirus vaccine?

“The Biden administration, when you deny — when you deny a problem the way Trump did, you can never solve it and that’s true in life. The Trump Administration denied COVID. So they were never ready for it. There was no mobilization of the government. And they’re still doing the same thing. They’re going to take this vaccine and they’re going to go through the private mechanism,” Cuomo said.

Without giving details or much context, he eventually said Biden will “listen to the scientists.”

Many criticized Cuomo’s politicization of the vaccine discovery.

RELATED: NYT Columnist Lays Out Terrifying Election Scenario That Would End with AOC in the Senate

This is one of the most irresponsible statements anyone could make. Everyone should hope for a vaccine as fast as possible and work together to distribute it as fast as possible. There is nothing Andrew Cuomo will not sanctimoniously politicize. https://t.co/L2QLa6DfW3

Janice Dean, a Fox News meteorologist who lost her in-laws to COVID-19 due to New York’s nursing home policy, was furious with the interview.

From spreading the virus to nursing homes to now stopping a vaccine, He truly is the governor of death. https://t.co/N6J9m1GYBE

Cuomo clearly cares less about public health and more about who gets credit for it, which is incredibly disappointing — but nobody should be surprised.

Despite the pandemic being ongoing, Cuomo released a book last month titled “American Crisis: Leadership Lessons from the COVID-19 pandemic.” Obviously, he’s trying to make a profit off the crisis even though it is not yet under control.

Instead of working with the current administration on the best ways to find a plan for vaccine distribution, Cuomo would rather go on national television and create distrust about the vaccine — simply because the person in the White House is President Donald Trump.