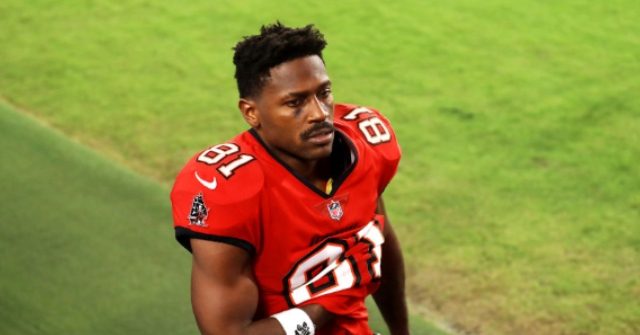 According to a report from the Miami Herald, Buccaneers wide receiver Antonio Brown was allegedly involved in a violent incident that included the destruction of a security camera and the throwing of a bicycle.

The report claims that on October 15th, Brown destroyed a security camera and threw a bicycle at a security-guard shack in a gated community in Hollywood, Florida.

“Police determined that probable cause existed to charge Brown with misdemeanor criminal mischief, but the president of the homeowners’ association declined to press charges,” Pro Football Talk reports.

“According to the police report, she was concerned that Brown ‘may retaliate against her employees.'”

The timeline of events places the alleged October 15th incident two weeks before Brown signed with the Bucs. The Buccaneers claim they knew of the report before signing him.

“We are aware of the reported incident involving Antonio Brown prior to his signing,” the Buccaneers said in a statement to Pro Football Talk. “When Antonio joined us, we were clear about what we expected and required of him. Thus far, he has met all the expectations we have in place.”

The NFL also says they are aware of the incident but have given no further comment.

The alleged October incident is not Brown’s only legal problem. He is still serving probation for felony charges stemming from an incident with the driver of a moving truck in January.

The multiple legal issues, if proven, could result in Brown face suspension from the league. Brown recently served an eight-game suspension for other, prior violations.