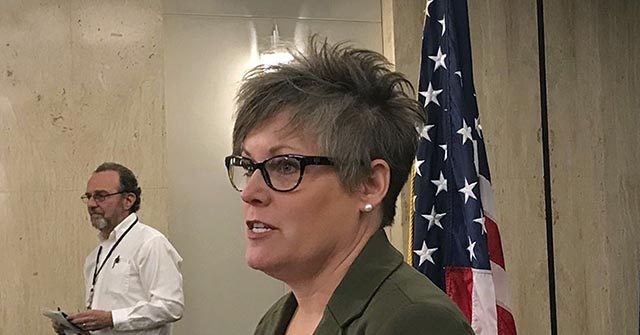 Arizona Secretary of State Katie Hobbs (D) rejected a request for an “independent analysis” of voting data in the state, concluding that it would simply amplify the voices of people who seek to “undermine our democratic process for political gain.”

“It is patently unreasonable to suggest that, despite there being zero credible evidence of any impropriety or widespread irregularities, election officials nonetheless have a responsibility to prove a negative,” Hobbs wrote in response to Arizona Senate President Karen Fann (R), who requested an “independent analysis” of voting data to restore confidence and credibility among residents.

“To be clear, there is no ‘current controversy’ regarding elections in Arizona, outside of theories floated by those seeking to undermine our democratic process for political gain,” Hobbs continued, adding that elected officials should “work to build, rather than damage, public confidence in our system” before formally denying the request:

I respectfully decline your request to push aside the work that remains to be done to ensure an orderly completion of this election and instead launch and fund with taxpayer dollars a boundless “independent” evaluation of “all data related to the tabulation of votes in the 2020 General Election.”

The Prescott Republican made the request on Monday, contending that an independent analysis would “help to restore credibility and hopefully end the current controversy over fairness in the election process in Arizona” given the mounting concerns and suspicions of fraud and abuse.

“I am not claiming fraud was involved in Arizona’s election, but we must do everything we can to satisfy Arizonans that the count was lawfully done,” Fann added.

The state Senate leader has maintained that the request is reasonable, particularly if the allegations are, in fact, baseless as Hobbs assumes.

“If there’s no factual basis on any of these things, then absolutely, let’s put that to rest and show them that’s not true,” Fann said on Wednesday. “If there’s something there that needs to be fixed, let’s fix it.”

Despite Hobbs’ claims, there are concerns regarding the election in Arizona. Over the weekend, the Trump campaign and Republican National Committee (RNC) filed a lawsuit, alleging that in-person voters had ballots that were wrongfully rejected.

The lawsuit details cases in Maricopa County, Arizona, where eligible voters showed up on election day to cast their vote and subsequently had their ballot rejected. In one case, Mia Barcello said she marked her ballot at an Anthem, Arizona, polling site with an ink pen that permeated through the ballot. When the ballot was fed through a tabulation device, it was rejected, according to the lawsuit. Barcello said she was told to press a “green button labeled ‘Cast’ on the device but was not told that doing so “likely would cause her selections in all candidate races or ballot proposition affected by the putative overvote or other defect or irregularity to be automatically disqualified and not tabulated.”

Patriots Call Lib Mayor’s Bluff, Show up in Force and Dare Him To Follow Through with Threat