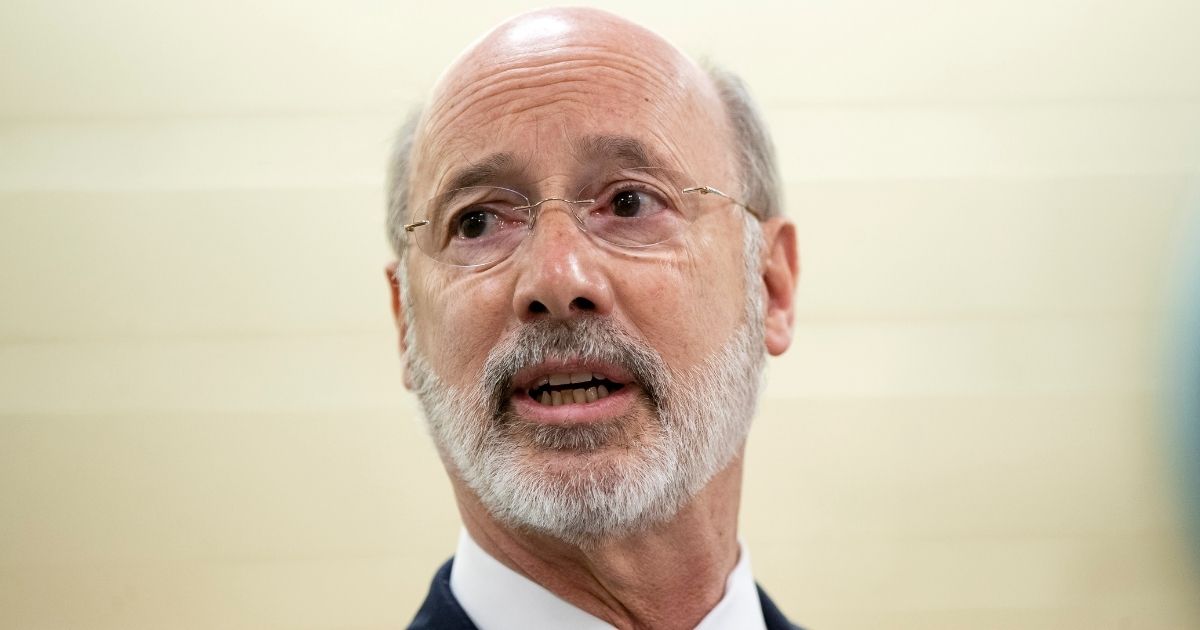 Under Democratic Gov. Tom Wolf, Pennsylvania’s government has an unquenchable thirst to tax its constituents and will do whatever it takes to completely suck taxpayers dry.

According to the Harrisburg Patriot-News, the administration’s latest targets are nine bridges on which the state Department of Transportation is considering implementing new tolls.

“Alternative funding sources are needed since revenue from the state’s gas tax — one of the highest in the nation — have fallen off due to reduced travel and the evolution of electric vehicle technology, said PennDOT Secretary Yassmin Gramian,” the outlet reported.

The Patriot-News reported that the tolls, if approved, would take effect in the fall of 2023 at the earliest.

“In addition, several environmental and societal studies must be completed before a final decision is made as to their suitability for tolling,” the report said.

TRENDING: Report: Biden Officials Colluded with Iran Behind Trump’s Back During His Presidency

Fortunately, Pennsylvania Republicans, especially in the state Senate, appear ready to take a stand against this drastic expansion of the government’s taxation infrastructure.

At a transportation hearing last month, Republican Sen. Scott Hutchison said it was a “fairness issue.”

“There’s probably a better justification when you say new project, two lanes to four lanes, maybe that should be taxed as opposed to something that already exists,” he said, according to the Patriot-News.

Another Republican senator, however, is taking his opposition to a whole new level.

Do you think adding tolls to bridges is a good way for governments to raise revenue?

According to the Pennsylvania Capital-Star’s Stephen Caruso, state Sen. Cris Dush sent a memo to other legislators Tuesday asking them to help him make sure citizens identify one toll bridge with the person responsible for it.

“In the near future, I plan to introduce a bill to name the Girard Point Bridge, the Governor Tom Wolf Toll – Bridge,”  Dush wrote.

The senator noted the bridge, which spans the Schuylkill River on Interstate 95 in Philadelphia, is “one of several bridges across the Commonwealth that may be selected to be tolled by Governor Wolf” and called it the “crown jewel” in the Democrat’s toll “scheme.”

“To properly recognize the Governor’s endeavor to toll Pennsylvania bridges please join me in co-sponsoring a bill to name the Girard Point Bridge after the forty-seventh governor of Pennsylvania, His Excellency, Governor Thomas Westerman Wolf,” Dush said.

Right-leaning Twitter seemed to appreciate Dush’s effort. Personally, I think the “His Excellency” is pure genius.

This is awesome. Very supportive.

This is the proper way to legislatively troll your political opponents 12/10 https://t.co/TmPDnhHigO

Senator Cris Dush has a great cosponsorship memo out “honoring” Tax and Toll Tom Wolf by naming a bridge for him: The Governor Tom Wolf Toll Bridge. https://t.co/GQISlMqnbf pic.twitter.com/DnuqlmS7Jz

Regardless of whether the senator’s effort pans out, it is important for elected officials to take responsibility for how their policies will affect those who voted them into office.

While the tolls in question would be relatively low (one or two dollars each way), they would still have an impact on Pennsylvanians living paycheck-to-paycheck, especially those who have been used to driving on the bridge for free their entire lives.

Wolf ought to be man enough to accept the name and the credit for policy failures. Goodness knows he has already had quite a few of them.