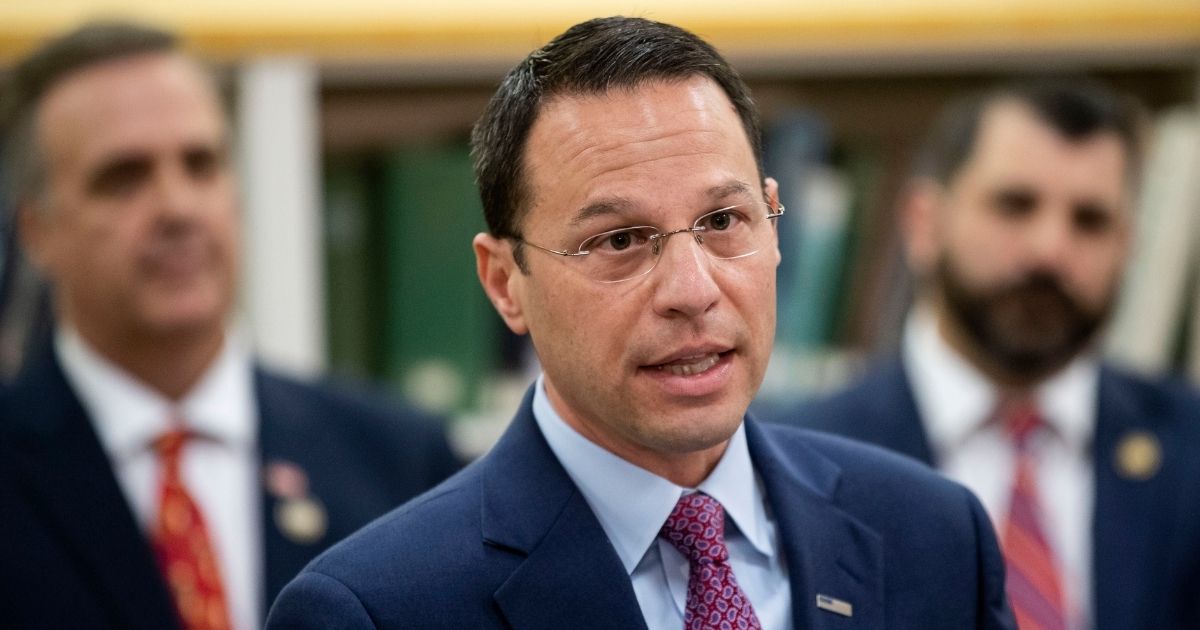 With Pennsylvania already in the national spotlight thanks to its status as one of the closest contests in Tuesday’s presidential election, state Attorney General Josh Shapiro decided to get even more famous.

The state’s top law enforcement officer in the hard-fought battleground state — a Democrat — published a tweet directing voters with questions to the Democratic Party’s voter assistance hotline — not to the state government phone number established for that very purpose.

Need help with your mail in ballot, finding out where to vote, or something else?

Call the @PADems Voter Assistance Hotline. Someone will answer and help you out. Call 1-833-PA-VOTES pic.twitter.com/Jf9KfLtNRI

Just to be clear, the Pennsylvania Department of State’s phone number for voters with questions is 877-868-3772.

And to be even clearer, the Twitter account Shapiro used to direct voters to his own party’s political headquarters rather than the state government line was his own, not the one for official state communications.

But can anyone doubt that a social media post from the Keystone State attorney general might be taken as the state-sanctioned word on a topic?

And this is from a man who has a tweet pinned to the top of his account declaring that: “Leaders must speak and act with moral clarity.”

Leaders must speak and act with moral clarity.

This is also from a man whose last claim to dubious fame came on Monday, when he used his personal Twitter account to declare — a day before the election — that there was no way President Donald Trump was going to win Pennsylvania’s 20 Electoral College votes.

That might have just been a prediction. But Tuesday’s tweet, sending the state’s voters directly to a political operation instead of a government-run office, on a day when the state was experiencing election-related problems, was a different matter altogether.

Regardless of how the average voter feels about @realDonaldTrump or the @GOP, on what universe is it acceptable for an AG to put out such a partisan message?

Will messaging like this help or hinder the public’s confidence if the integrity of PA voting is questioned?

Is this legal? I guess when you’re the AG what are they gonna do right?! right?!😂

Unreal. This is partisan BS. How about the sec state. Hello, @TheJusticeDept ???

Between the ruling of Pennsylvania’s Supreme Court regarding mail-in ballot deadlines (disgracefully upheld by the John Roberts Supreme Court) and the disgraceful performance of the state under Gov. Tom Wolf in battling the coronavirus (including having to be shamed into doing the right thing), Pennsylvania has taken a new step:

It’s gone a good way toward disgracing itself in the eyes of the rest of the country.

Do you think this puts Pennsylvania’s election integrity into doubt?

But with a state attorney general with so little apparent regard for the appearance of political bias, and one who hypocritically advocates the virtues of speaking and acting with “moral clarity,” Pennsylvania is headed toward its own kind of democratic infamy.

And its own kind of democratic disgrace.