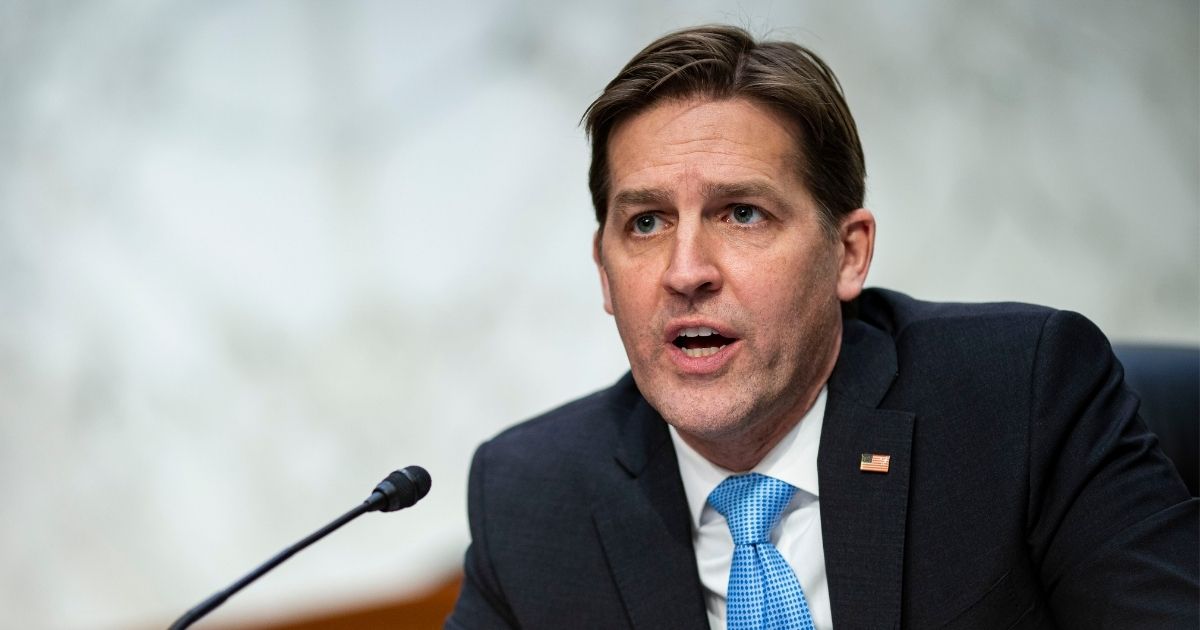 Sen. Ben Sasse of Nebraska just outlined his vision for a reconstructed Republican Party in light of 2020, and it has little to do with former President Donald Trump.

During an interview with Politico published Saturday, the Nebraska senator was critical of his Republican colleagues who he feels have tied themselves to the former president. To Sasse, promoting Trump should not be the future of conservatism.

One of the colleagues Sasse highlighted as an example was Florida Rep. Matt Gaetz.

Gaetz was one of the politicians who supported Trump’s claims that the November election’s outcome resulted from massive voter fraud, participating in an effort by 121 House Republicans in January to decertify Arizona’s Electoral College votes.

After an ardent group of the president’s supporters stormed the Capitol Building on Jan. 6 in an effort to prevent the election’s certification, Gaetz promoted the now-disproven claim that the rioters were antifa members “masquerading” as Trump supporters.

“That guy is not an adult,” Sasse said of Gaetz.

Sasse was not one of the people who supported Trump’s voter fraud claims. In December, the senator said that the Republicans involved with the president’s efforts to overturn the election were engaged in a “dangerous ploy.”

The Nebraska Republican accused the “ambitious politicians” involved in the effort of trying to “tap into the president’s populist base without doing any real, long-term damage.” He warned his fellow Republicans to look beyond the “personal ambition” that led them to “point a loaded gun at the heart of legitimate self-government.”

He also said at the time that many Republicans privately expressed doubt regarding Trump’s voter fraud claims but were afraid to do so publicly lest they lose the backing of the president’s base.

Should the GOP distance itself from Trump?

During his interview with Politico, Sasse expressed a desire for the GOP to promote a conservative vision that does not involve Trump.

“I’d like to persuade more people,” he added. “We should be trying to be able to explain a Madisonian view of conservatism: Limited government, the First Amendment, local community is primary.”

Sasse’s criticism of the former president has led to blowback from his fellow party members.

The Nebraska Republican Party rebuked Sasse on Saturday for voting to convict Trump during his second impeachment trial. The committee ultimately did not issue a formal censure, but it formally expressed disappointment in Sasse’s support for impeachment and failure to take “meaningful action” to repeal and replace Obamacare.

RELATED: US Soccer Votes to Allow Anthem Kneeling, Takes Action Against Member Who Spoke Out Against It

According to CNN, the state party previously censured Sasse in 2016 for refusing to support Trump’s election campaign.

“I care about a lot of the people, but I don’t really care about the censure,” Sasse told Politico before the state party’s vote came through.

“There are a lot of really good people involved in party activism. But I don’t think they’re at all representative of regular Nebraskans … Nebraska is a lot Trumpier than I am. But I got a lot more votes than he did.”

While Sasse expressed a desire for Republicans to retake the Senate, he also said that the party needs “candidates that want to do something more than Marjorie Taylor Greene.”

Greene, a freshman representative from Georgia, was removed from committee assignments by a House vote in January for previously voicing support for QAnon conspiracy theories. She has also called on her Republican colleagues to “work for the people that elected them” who “support President Trump.”

Sasse did not appear to voice an interest in leading a post-Trump presidential platform in the next election, but he seemed to drop hints about the possibility in the future. For now, he appears more interested in helping the Senate, which he said “is not actually focused on” resolving issues that matter.

The Republican senator cited problems with employment and dealing with China, but another concern he would like to see an increased focus on involves preparing for any uncertainties that may lie ahead.

“I’m sincerely focused on the issues I’m focused on because I think it’s the best way to steward my calling to love my neighbor in this job,” Sasse said. “So 2024 isn’t really my timeline. 2030 is the timeline.”