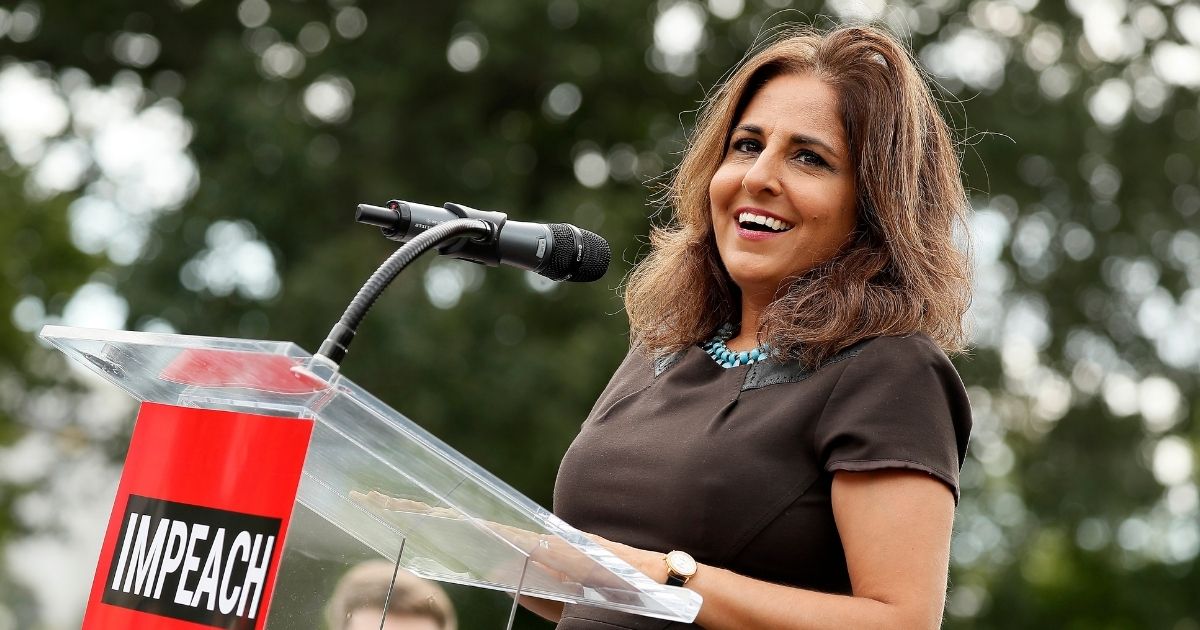 Presumptive President-elect Joe Biden’s nominee to lead the Office of Budget and Management, Neera Tanden, allegedly punched a liberal reporter in the chest in 2008 when she was serving as an aide to Hillary Clinton’s presidential campaign.

Faiz Shakir, the then-chief editor of the now-defunct progressive news outlet ThinkProgress, had asked Tanden a question during an interview about the Iraq war, which Clinton had supported as a senator.

An unnamed person in the room told The New York Times that Tanden accosted Shakir following the interview and punched him in the chest.

“Who the f— do you think you are,” Tanden asked Shakir during the altercation, Times reporter Kenneth Vogal tweeted.

Tanden acknowledged in 2019 that a physical altercation had occurred between her and Shakir, but she denied punching him.

“I didn’t slug him, I pushed him,” Tanden said, according to the Times.

Tanden’s mother, Maya Tanden, told the Times that she “can be very aggressive” over her support of Clinton.

“She’s not going to let anyone rule over her,” Maya Tanden said, “and she has loyalty to Hillary because Hillary is the one who made her.”

In 2011, Tanden became president and CEO of the liberal think tank Center for American Progress, which owned ThinkProgress, a role she still holds.

Is Tanden a bad choice for this role?

Shakir was serving as Vermont Sen. Bernie Sanders’ presidential campaign manager in April 2019 when Sanders publicly attacked the Center for American Progress for highlighting how he reaped book profits and for “belittling progressive ideas.”

“This counterproductive negative campaigning needs to stop,” Sanders wrote in the letter. “The Democratic primary must be a campaign of ideas, not of bad faith smears. Please help play a constructive role in the effort to defeat Donald Trump.”

Biden announced Monday that he will nominate Tanden to lead the Office of Budget and Management, which would make her responsible for overseeing his administration’s spending plans.

Republicans are already signaling that Tanden faces an uphill confirmation battle in the Senate.

The communications director for Texas Sen. John Cornyn tweeted Monday that Tanden “stands zero chance of being confirmed” due to her history of disparaging comments about Republican senators.

Neera Tanden, who has an endless stream of disparaging comments about the Republican Senators’ whose votes she’ll need, stands zero chance of being confirmed. https://t.co/f6Ewi6OMQR

Former White House chief of staff and OMB director Mick Mulvaney said Monday that it “could be very, very difficult” for Tanden to secure confirmation with a Republican senate.

Content created by The Daily Caller News Foundation is available without charge to any eligible news publisher that can provide a large audience. For licensing opportunities of our original content, please contact [email protected]

A version of this article appeared on The Daily Caller News Foundation website.

Less Than One Week in, Biden Admits a Major Defeat in...