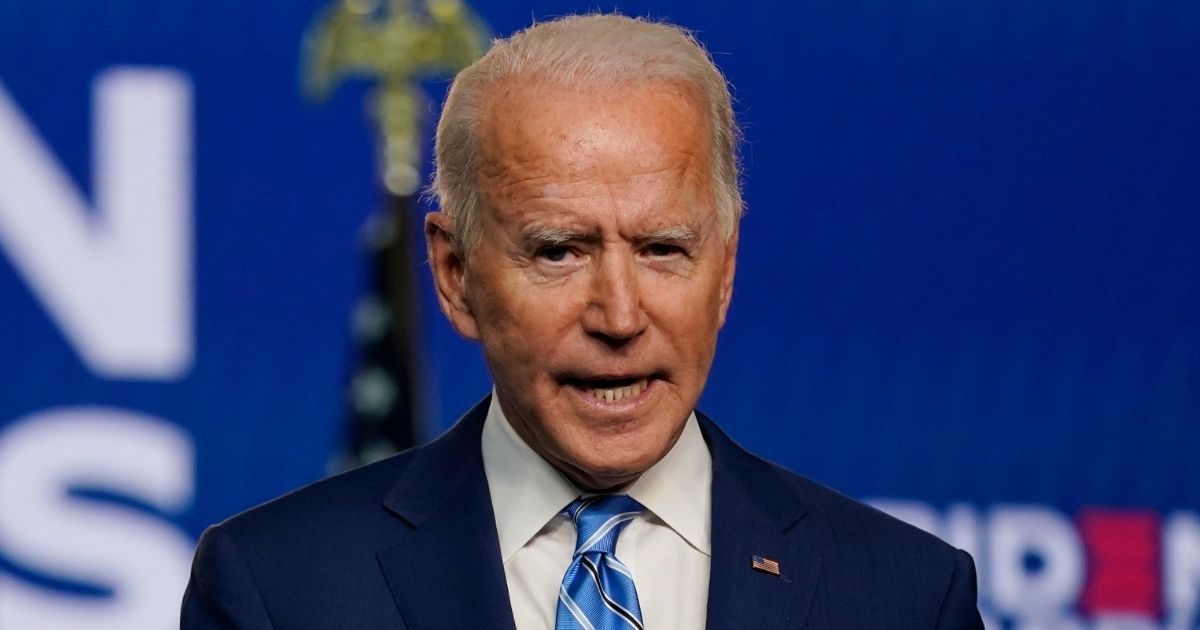 Biden spokesman Andrew Bates suggested the president could be removed from office by force.

“As we said on July 19th, the American people will decide this election,” Bates said Friday, according to Fox News.

He added, “And the United States government is perfectly capable of escorting trespassers out of the White House.”

The Trump campaign has not yet responded to the aggressive rhetoric from the Biden camp.

Citing voting irregularities in key states, the president said Thursday that the race is far from over.

Trump promised litigation to sort out the contested election.

TRUMP: “We think there’s going to be a lot of litigation because we have so much evidence, so much proof and it’s going to end up perhaps at the highest court in the land.” pic.twitter.com/Djk2ps0V4D

The president also attacked the integrity of millions of unsolicited mail-in ballots sent out this year. He had cautioned about their potential to compromise the election’s integrity for months.

Trump’s campaign has made a point to call for all legally cast ballots to be counted.

Democrats and the establishment media have turned their noses at the suggestion that some ballots, particularly those sent by mail, might have been compromised.

The fight seems to be just beginning, and tensions were rising before the Biden campaign put out the statement likening the president to a White House trespasser.

Votes were still being counted Friday in key battleground states, where ballots keep turning up days after the election.

Do you trust that the election will be decided fairly?

The Trump campaign has also demanded a recount in Wisconsin, and Georgia appears to be headed for a recount as well.

The president had led in both Georgia and Pennsylvania from Tuesday until Friday, when Biden took slim leads in both states.

Votes also were still being tabulated Friday in North Carolina, Nevada and Arizona.

Bidens Get Locked Out of White House After Firing of Trump...