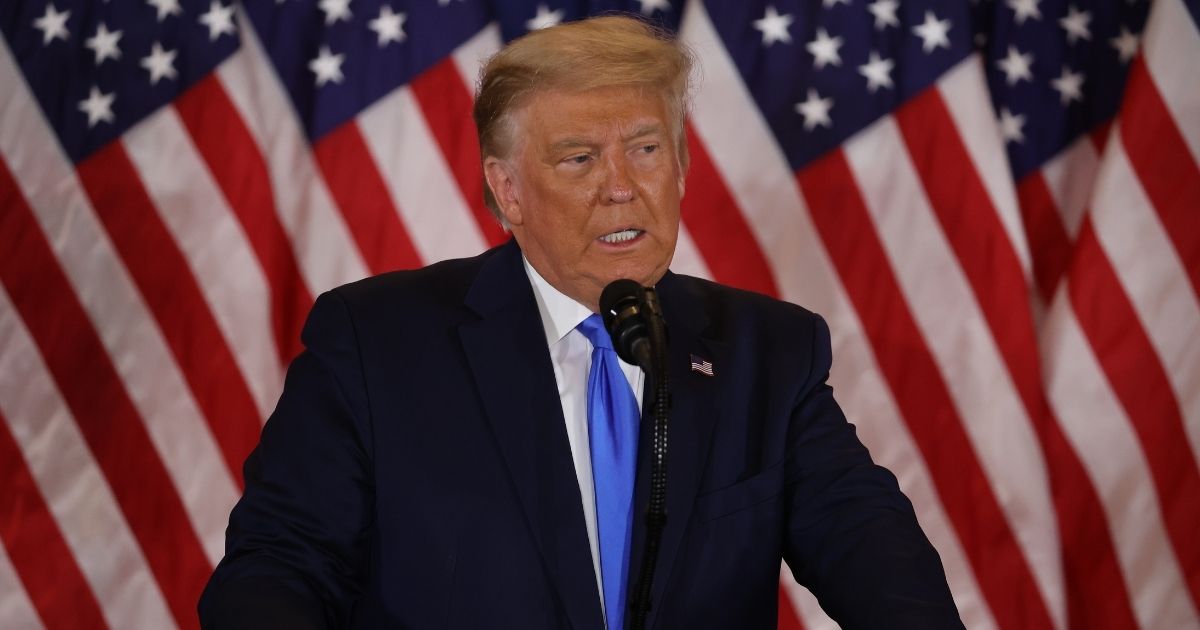 A spokesperson for Democratic presidential nominee Joe Biden issued a bellicose statement Friday equating President Donald Trump with a White House trespasser, and essentially threatened to have him physically removed.

Biden spokesman Andrew Bates suggested the president could be removed from office by force in a statement obtained by Fox News Friday.

“As we said on July 19th, the American people will decide this election,” Bates said.

Added the Biden spokesman, “And the United States government is perfectly capable of escorting trespassers out of the White House.”

Biden campaign spokesperson responds to reports that Trump does not intend to concede if he loses re-election:

“The United States government is perfectly capable of escorting trespassers out of the White House” #Election2020 https://t.co/fq3elAUawh pic.twitter.com/hxw1mMNrq7

That aggressive stance came as Trump signals he has no plans to concede the election while votes are still being tabulated and the election is expected to end up in the federal courts.

We can assume the statement was released, in part, to further the narrative that the president has lost the election.

While that might end up ultimately being the case, the Biden campaign will not decide who comes out ahead in the election, nor will the media.

Do you think Twitter should be censoring Trump's tweets?

But does the Biden campaign, Democrats or the mainstream media have any say in when Trump would relinquish the Oval Office in the scenario of a declared Biden victory?

A simple check of the facts reveals that on its face, the simple answer is no, and the implication from Democrats is rooted in political theatre.

Trump has every right and reason at this point in the process to refuse to concede an election that is being contested under the current circumstances.

It is days after the election and a winner has not been officially declared. The president has every right to exhaust all legal options between now and Jan. 20, which is Inauguration Day.

While Trump’s legal maneuvers might prove unsuccessful, the White House remains his up until that date, and his duties as president remain intact.

Bates’ aggressive statement makes the false assumption that a defeated president is simply refusing to go away.

That is not the case, and it appears there could be a prolonged battle ahead in which Trump will have the opportunity to make his case to both the courts and the American people.

There also exists the chance, no matter how slim that might feel right now, that Trump could indeed still win.

An outgoing president has an obligation to vacate his office, so if on Jan. 21, a former President Trump is still in the White House, Bates’ chest pounding might be relevant.

But Trump has given no indication he intends to do anything but to receive a fair review of the election results, which he’s entitled to.

Simply put a refusal by Trump to concede a contested election does not equal refusal to vacate the office.

But with no clear resolution to the election in the first week of November, the rhetoric from Democrats is more gas on the fire.

Trump’s critics four the last four years have painted him as an illegitimate occupier of the White House in an effort to invalidate his presidency.

Friday’s statement from the Biden camp is simply more of that.

The likely intent of Bates’ words is to paint Trump as a besieged president who is, as of this moment, refusing to hand over the keys.

Any attempts by the media, Democrats or anyone else to portray Trump as illegally occupying the White House before Jan. 20 do more damage to the office which Biden hopes to take in 75 days.

America has a traditionally honored peaceful transfer of power.