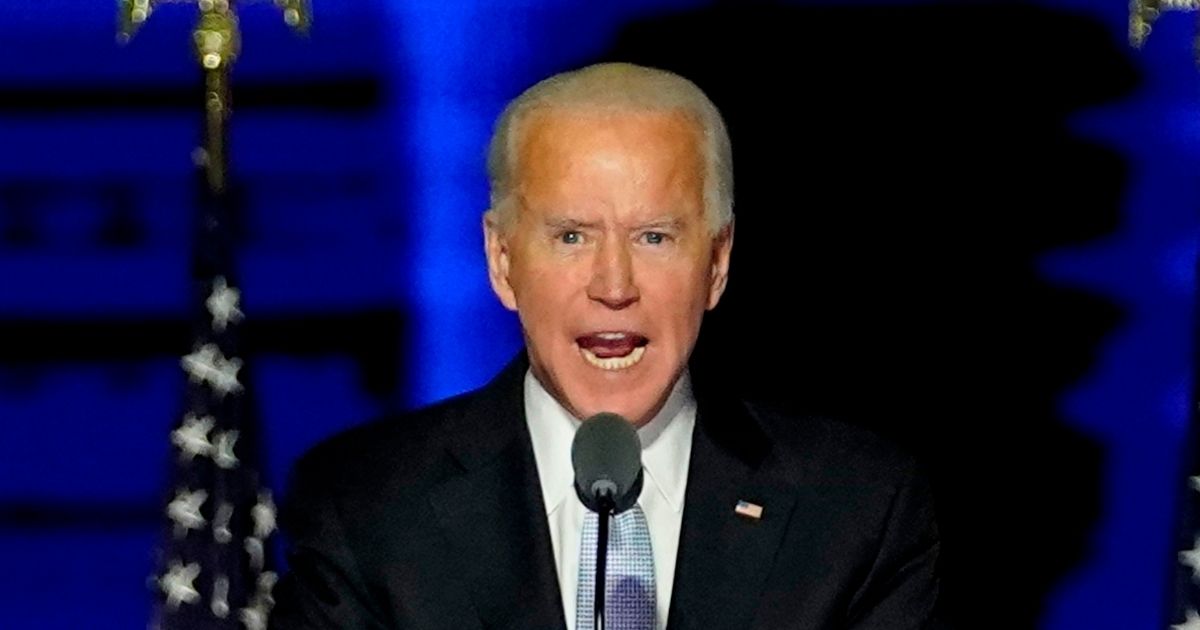 Democrat Joe Biden will not abandon his commitments to the far left of the Democratic Party, his campaign manager said in a new interview.

Biden, the presumptive president-elect, has been moving to shift from campaigning to governing in the assumption that the electoral vote lead he holds will stand up to legal challenges being waged by President Donald Trump.

On Sunday, Kate Bedingfield, Biden’s deputy campaign manager, was interviewed on “Meet the Press” and sought to portray Biden as a president who would “work with everybody.”

“He is going to work to bring people to the table, to try to find consensus and he has a track record of doing that,” she said.

Host Chuck Todd noted that the far left of the party is already raising concerns that a Biden administration would leave progressives behind.

“Some people hear the word consensus on the left and they think it means you’re going to sell the left out,” he said. “Alexandria Ocasio-Cortez said this in an interview about her expectations on how the Biden administration will be to the left of the party, and she says, ‘The history of the party tends to be that we get really excited about the grassroots to get elected, and then those communities are promptly abandoned right after an election.’

Let me ask you this: do you believe that she’s going to be disappointed, or not, when she sees the agenda of the Biden administration in the first six months?” Todd asked.

“I think that Vice President Biden campaigned on an incredibly progressive and aggressive agenda. Take a look, for example, at his climate plan. It’s the boldest, biggest climate plan that’s ever been put forward by, you know, by a nominee running for president and now a president-elect,” Bedingfield said.

“He’s going to make good on those commitments. I mean we, you know, he spent time during this campaign bringing people together around this climate plan. He was able to get the endorsement of groups like the Sunrise Movement and the endorsement of Labor for this plan,” she said.

She said Biden’s climate plan is “a big, aggressive plan. It’s a perfect example of the kind of big effort that he is going to make to meet this moment and to meet these crises that we’re in,” she said.

Biden’s campaign website said, “Biden believes the Green New Deal is a crucial framework for meeting the climate challenges we face. It powerfully captures two basic truths, which are at the core of his plan.”

Biden has called for the United States to have net-zero emissions by 2050. The plan calls for a massive infrastructure project to address roads and bridges, proposes energy upgrades to four million buildings and giving every city over 100,000 people expanded transportation options that could include light rail networks and bike paths.

For some progressives, the litmus test for Biden will be who he appoints to Cabinet-level jobs, according to The New York Times.

The Revolving Door Project is drafting a “blacklist” of potential appointments to avoid.

“We want appointees who will wake up trying to figure out, What can I do to make this government work for people?” said Jeff Hauser, the executive director of the Revolving Door Project. “There are allies who focus more on who they do want. We focus on who we don’t want.”

Two names and jobs have come into focus.

Democratic Sen. Elizabeth Warren of Massachusetts is being pushed for the post of Treasury secretary, the Times reports.

Sen. Bernie Sanders of Vermont, the Times reported “is interested in serving as labor secretary, according to a person close to the senator, and his camp and Mr. Biden’s team have seriously been discussing the possibility since the Vermont senator dropped out of the presidential race in April. “

KrisAnne Hall: Trump Had to Do 2 Specific Things to ‘Incite’ Insurrection

KrisAnne Hall: Trump Had to Do 2 Specific Things to ‘Incite’...