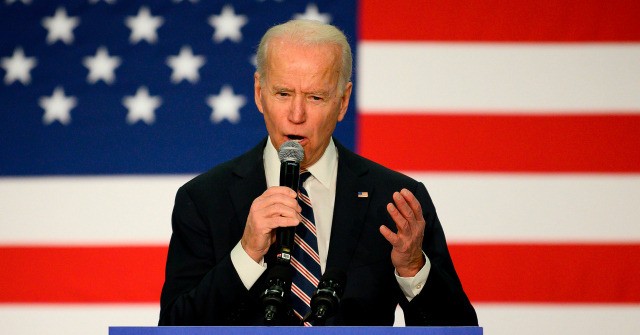 President-elect Joe Biden is readying a blitz of executive orders and legislation during his first ten days in the White House.

On Saturday, the New York Times reported that the president-elect and his team plan to use their first days in office to “signal a turning point” away from the Trump era. Central to that effort will be a flurry of executive orders issued, followed by a broader push in Congress to pass not only economic relief for individuals impacted by the novel coronavirus pandemic, but also comprehensive immigration reform.

“On his first day in office alone, Mr. Biden intends a flurry of executive orders that will be partly substantive and partly symbolic,” the Times reported.

Upon taking office, the president-elect will also rejoin the Paris Climate Accord and restore support for the World Health Organization.

On the congressional front, according to the Times, “plans to send sweeping immigration legislation on his first day in office providing a pathway to citizenship for 11 million people in the country illegally.”

That legislation will be complemented by an executive order from the White House ordering federal immigration agencies to “figure out how to reunite children separated from families after crossing the border.”

The readying of executive orders by Biden’s team comes even though the president-elect spent a great deal of time during the 2020 Democratic primaries assailing his rivals for spurning bipartisanship in favor of ruling through executive decree.

“You hear Democrats saying, ‘I’m going to get elected and I’m going to by executive order do the following,’” Biden told an audience in Iowa in November 2019. “Come on, executive orders are basically menus to abuse the power of the presidency.”