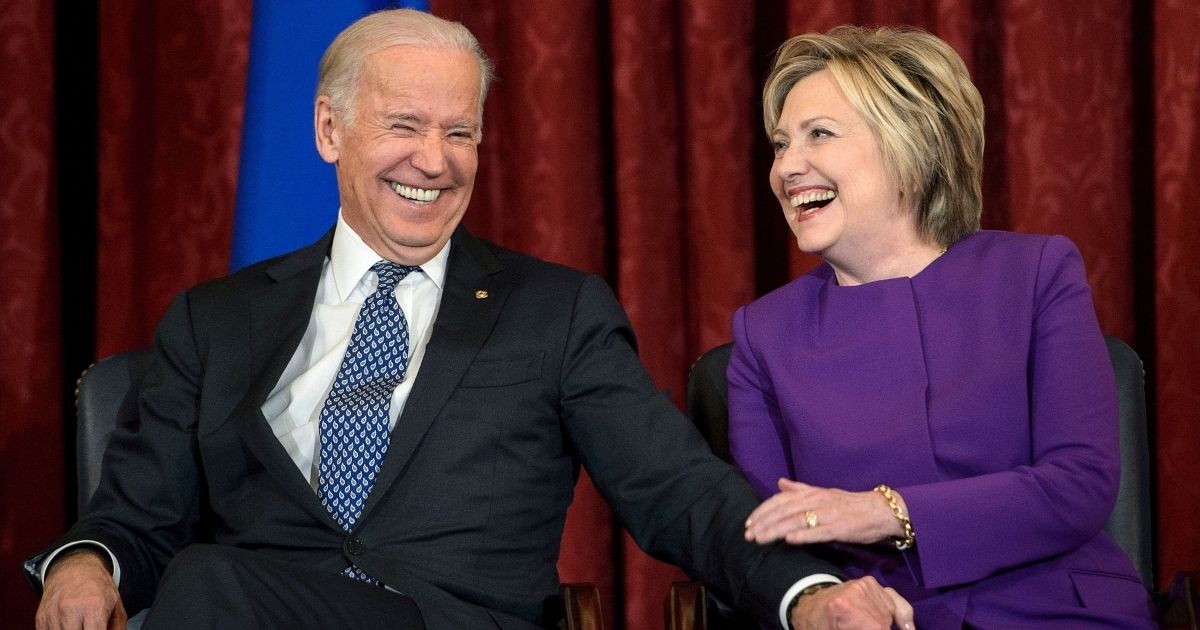 Former Secretary of State Hillary Clinton is being considered for a high-profile role in the Biden administration, according to a new report.

Although President Donald Trump has yet to concede the election, hoping that recounts and multiple lawsuits challenging the results in key states will erase Joe Biden’s lead, the Democratic candidate has formed a transition team and is moving forward on the assumption he will take office in January.

The Washington Post said that among the names being bandied about for possible roles is that of Clinton, who led the State Department in the first term of the Obama administration.

“One intriguing name being discussed privately is former Democratic presidential nominee Hillary Clinton as the U.S. ambassador to the United Nations, according to the person familiar with the chatter who spoke on the condition of anonymity,” The Post reported.

“The thinking behind the move was that it would be a way for Biden to highlight the importance of that position in his administration and that placing her there would raise the prestige of the U.N. itself at a time when global cooperation, and the U.S. role on the world stage, has ebbed,” the report said.

In its reporting on the possibility of Clinton strutting on the world stage, however, the Washington Examiner said it would not be very likely.

The site, attributing its information to “one key aide,” said it was unlikely she could get confirmed by the Senate Foreign Relations Committee. Among the issues cited were Clinton’s comments on the deadly 2012 attack on the U.S. Embassy in Benghazi, Libya, and the controversy over her use of a private email server while she was secretary of state.

The Examiner said a Clinton confirmation vote would have a tough time passing the Senate if Republicans maintain control.

What the outlet called “another top aide” listed her chances of confirmation as “slim to none.”

A “GOP campaign operative” was quoted as saying, “Christmas comes early, because if Joe Biden nominates Hillary Clinton, Republicans will get to run against Nancy Pelosi, Alexandria Ocasio-Cortez and now Hillary Clinton, which essentially guarantees that we win the House in 2022.”

The possibility of Clinton at the United Nations convulsed Twitter.

Vengeful and overambitious Hillary Clinton to become US ambassador to the UN?!? https://t.co/l7BC9OlCdj

This beggars belief , if ever there was a conspiracy this validates it . Stinks! Biden considers Hillary Clinton for UN ambassador role https://t.co/t3G36p4Glk

RELATED: Republican Senator Promises To ‘Step In’ To Help Biden Get Classified Info

Maybe Hillary Clinton should be ambassador to Pedophile Island insteadhttps://t.co/9VJB2lZhmJ

It’s Friday the 13th and word is Joe Biden wants Hillary Clinton as US Ambassador to the UN.

Kindly excuse me while I projectile vomit until such time as SCOTUS rescue the Western World from this dystopian New World Order.#GreatReset

Clinton, who lost to Trump in the 2016 presidential election, has continued to keep a high profile and spent the past four years attacking the man who defeated her.

Her longstanding contention that Russia intervened against her has been disputed by Director of National Intelligence John Ratcliffe, who declassified information that showed the Obama administration knew Clinton was dangling the Russian connection to distract Americans from her email scandal.

Customer Snaps Into Action When He Walks In on Armed Robbery...