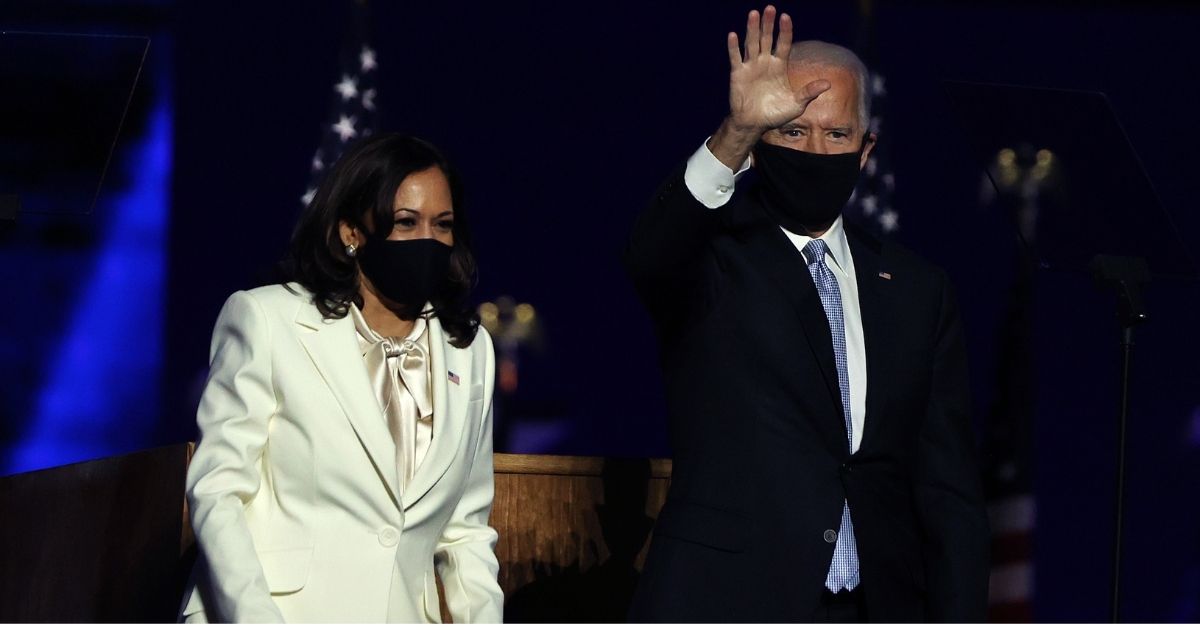 The Biden transition team has just transgressed a major establishment media pet peeve with an error related to the name of presumptive Vice President-elect Kamala Harris.

An expected part of the modern candidate’s transition between political campaign and presidential administration, the team has already begun operating in light of efforts to call the 2020 presidential election in favor of Democratic nominee Joe Biden, despite ongoing legal challenges and vote-counting across the United States.

Members of the team’s communications apparatus erred early, however, misspelling the name of their ticket’s second-in-command in a schedule-related Monday news release.

“On Tuesday, November 10, President-elect Joe Biden will deliver remarks in Wilmington, Delaware, on the stakes for families across the country in Texas v. California, the Trump Administration’s lawsuit to overturn the Affordable Care Act, and his plan to expand access to quality, affordable health care,” the statement read.

Such mistakes have been the subject of establishment media controversy since as early as August, when The Associated Press released a news article on the proper pronunciation of Harris’ first name following suggestions that widespread Republican mispronunciation was a result of racism.

“Harris’ first name is pronounced ‘KAH’-mah-lah’ — or, as she explains in her biography, ‘”comma-la,” like the punctuation mark,’” the report read.

“But mispronunciations have been rampant in the days since the California senator became the first Black woman and the first Asian American woman named to a major party’s ticket.”

According to The AP, such prominent figures as Vice President Mike Pence and Republican National Committee Chair Ronna McDaniel had failed to give Harris her due on the campaign trail this past summer, emphasizing the wrong syllable when saying the name.

“Supporters say the pattern amounts to a deliberate effort by Trump and his allies to portray Harris — the daughter of immigrants — as someone who does not belong at the top ranks of politics,” the outlet reported, taking comment from National Women’s Law Center Action Fund President Fatima Goss Graves, who argued figures like Pence and McDaniel were trying to “diminish” Harris.

The two were far from the first to suffer negative media attention over mistakes regarding Harris’ name — nor would they be the last.

CNN failed to note that Joe Biden did the exact same thing. pic.twitter.com/ReG0YswWgN

Sen. David Perdue, who has served alongside Kamala Harris for more than 3 years, took a racist jab at the VP candidate’s name at a Trump rally Friday https://t.co/oUU9OVpazG pic.twitter.com/QaqzN69V1W

Republican Sen. David Perdue of Georgia later grappled with a series of public attacks from Democratic opponent John Ossoff and the left-wing blog-o-sphere in light of a passing joke made about Harris’ name while he stumped for President Donald Trump in the battleground state.

“Probably a good time for Republicans to learn how to pronounce her name.” #election2020 pic.twitter.com/3YBg0luI1g

The issue has arisen numerous times since, with establishment media hosts kick-starting the conversation once again over the weekend to advise that Republicans learn to properly pronounce the name, given high-profile expectations Harris will assume the role of vice president this coming January.

At the time of this report, however, The Western Journal has been unable to find establishment media coverage of the Biden transition team’s Monday faux pas.

It would seem prominent progressive pundits are also yet to touch the incident, as has been the case with mispronunciations from her own running mate.