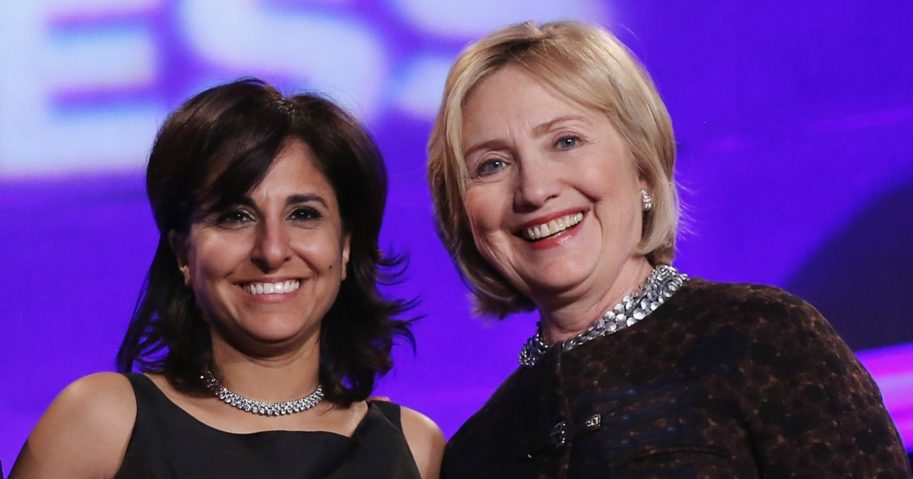 On Monday, presumed President-elect Joe Biden announced Neera Tanden, the current President and CEO of the progressive Center for American Progress, as his choice to head the Office of Management and Budget.

The highly partisan Tanden was “a senior adviser in former President Bill Clinton’s administration” and served “as the political director for [Hillary Clinton’s] 2008 presidential campaign.”

The email was included in the group of Podesta’s emails that were published by WikiLeaks during the 2016 election cycle. Podesta is a longtime Clinton ally and served as President Bill Clinton’s Chief of Staff and chaired Hillary Clinton’s 2016 presidential campaign.

In the body, Tanden wrote, “Is that he would make Hillary look so much better. What a mess today. Thanks for today and last night.”

The occasion Tanden was referring to, according to Fox News, was an event “honoring former Vice President Walter Mondale in Washington, where Biden critiqued Clinton.”

The week before, Clinton had been “asked to name which enemy she has made in her career that she was most proud of and responded with a list. ‘Well, in addition to the NRA, the health insurance companies, the drug companies, the Iranians; probably the Republicans.’”

Biden “portrayed his own leadership during the Obama administration as more critical to its successes than Clinton’s as former secretary of state.”

Do the Democrats really believe Biden is equipped to run the country?

At the time, then-Vice President Joe Biden was considering whether or not to throw his hat in the ring for the 2016 Democratic presidential nomination.

Breitbart News’ Charlie Spiering wrote that Podesta and Tanden had “tracked” whether or not Biden would run because of the repercussions his decision would have on the fate of their preferred 2016 candidate, Hillary Clinton.

Spiering dug up several emails between Tanden and Podesta leading up to the October 20 message.

“Still can’t figure out whether he’ll rally himself to do it,” Podesta wrote in an August email.

“My prediction,” Tanden wrote in September, “[is] Biden announces his run on Stephen Colbert show. I obviously don’t know anything. But it’s like super ratings push for Colbert. I don’t think he’d take him unless he was making news.”

“Biden will get in. We are still way more likely than not to win nomination,” Podesta replied.

“We’ve taken on a lot of water that won’t be easy to pump out of the boat … She’s nervous so prepping more and performing better. Got to do something to pump up excitement but not certain how to do that.”

Tanden and Podesta must have been greatly relieved on October 21 when Biden announced he would not run.

But, the question remains: If Tanden thought Biden was “a mess” five years ago, how does she feel today?

Someone needs to ask her if she’s changed her mind about him. Or does she still think Biden is “a mess”?

For the record, Drew Brandewie, the spokesman for Republican Texas Sen. John Cornyn, tweeted earlier that Tanden stands zero chance of being confirmed.

Neera Tanden, who has an endless stream of disparaging comments about the Republican Senators’ whose votes she’ll need, stands zero chance of being confirmed. https://t.co/f6Ewi6OMQR

Biden’s Two Friday Moves Went Under the Radar, But the Actions Signal a Major Change Is Coming to the US Economy

People Will ‘Rise Up’ Unless Boris Develops Corona Exit Strategy

Biden’s Two Friday Moves Went Under the Radar, But the Actions...