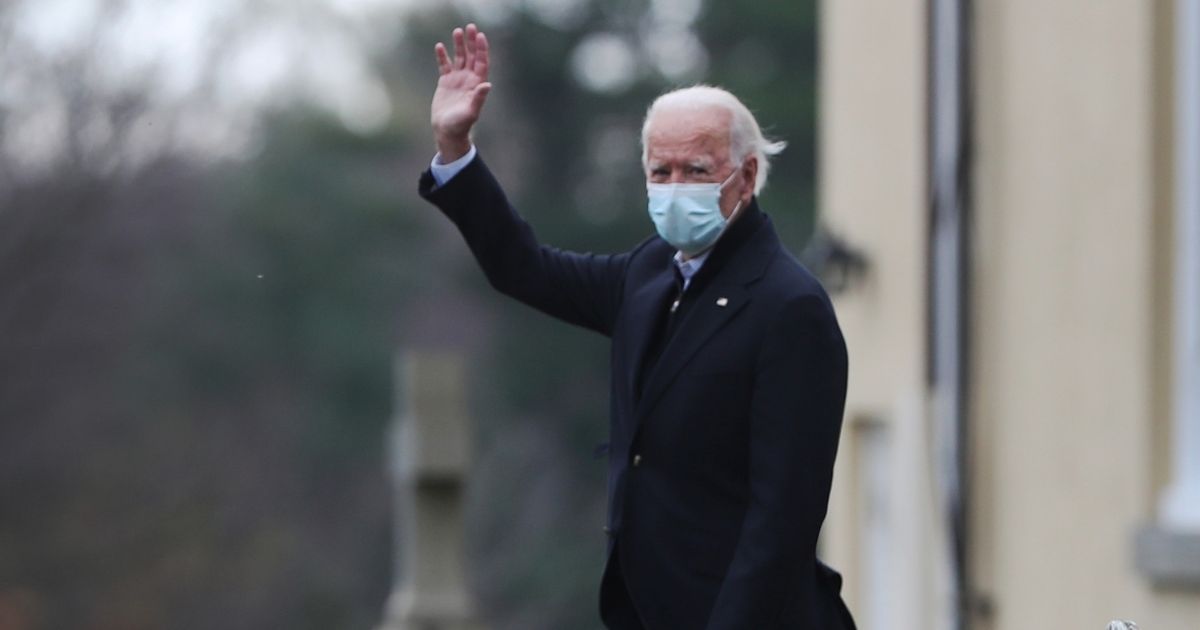 If presumptive potential president-elect Joe Biden has his way, America will take in more refugees in his first year setting the refugee limit than President Donald Trump has approved for resettlement during his entire presidency.

Biden campaigned saying he would allow 125,000 refugees into the country in his first year in office.

On Thursday, he reaffirmed that number at an event marking the 40th anniversary of Jesuit Refugee Service, according to Religion News Service.

Biden’s numbers top even the limits set by former President Barack Obama. In fiscal 2017, the last year of the Obama administration, the refugee limit was 110,000, according to the Pew Research Center. The 2016 limit had been set at 85,000.

“The United States has long stood as a beacon of hope for the downtrodden and the oppressed, a leader of resettling refugees in our humanitarian response,” Biden said in a prerecorded video, according to Religion News Service.

“I promise, as president, I will reclaim that proud legacy for our country. The Biden-Harris administration will restore America’s historic role in protecting the vulnerable and defending the rights of refugees everywhere and raising our annual refugee admission target to 125,000.”

“That he chose to make this announcement with us tonight is an indication that President-elect Joe Biden is following his faith when it comes to American policy to protect and welcome refugees,” Jesuit Refugee Service Director of Advocacy and Operations Giulia McPherson said in a statement.

“Not only is it exciting that the United States will once again welcome refugees at an historically high number, but it is also significant that we are hearing the President-elect speak in the language of social justice about the rights of refugees and our call as people of faith and as Americans to accompany them to safety,” McPherson said.

Some voiced concern at the glut of refugees Biden seeks to resettle.

Why @JoeBiden? And more specifically, why during a pandemic? Doesn’t appear to be rational or wise.

I just asked my mother what her opinion is of the fact that Biden wants to increase refugee admissions by 800%, give citizenship to tens of millions of illegal aliens, invite immigrants who will be dependent on the state.

However, even if Biden does take office and seeks to implement his plan, it may not happen overnight, said Becca Heller, executive director of the International Refugee Assistance Project, according to NPR.

“The point is not to hit 125,000 — the point is to signal both to the rest of the world and also to the domestic population in our own government that this is a priority again,” she said.

“It’s less relevant if we hit the exact number and more relevant that we say, ‘Admitting refugees is really important. We are going to aim at this high number and invest in infrastructure and get as close as we can,’” she said.

But Trump’s cuts left agencies that rely on refugee admissions for their cash flow to cut staff, meaning it will take time for the refugee pipeline to begin flowing at its former levels, even with an estimated 120,000 refugees at various stages of seeking admission to the country.

Should the limit on refugees be increased?

“We’re looking at a very big ramp-up because over the last four years, there’s been an 85% cut and an effective demolition of the refugee resettlement program,” says David Miliband, president and CEO of the International Rescue Committee.

There’s also the reality of COVID-19, which has been cited as a factor for the U.S. not reaching its refugee numbers in recent months.

“For the first 100 days, there will be very little bandwidth for a Biden administration to deal with anything other than COVID. We have never faced a crisis like this before,” said Muzaffar Chishti of the Migration Policy Institute.

“We can’t expect a huge leap on immigration policy. If people expect that this is going to happen tomorrow, they will be in for a big disappointment,” he said.

Another Sexual Harassment Allegation Surfaces Against Cuomo; Victim’s Brush with Governor Left Her ‘Uncomfortable and Scared’

Bill Cassidy: Idea that GOP is being heard on COVID relief...