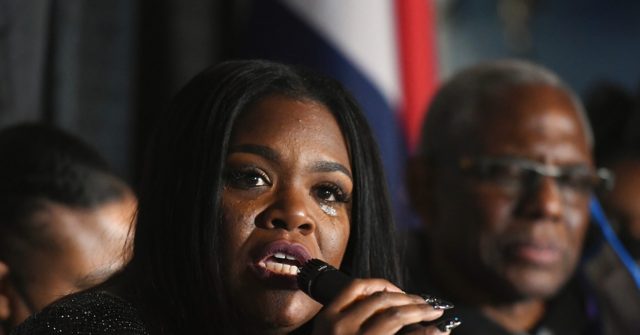 Bush described her victory as part of a “political revolution, echoing language used by the most openly left-wing Democrats. She describes herself as a Ferguson-made activist.

Mike Brown was murdered 2,278 days ago. We took to the streets for more than 400 days in protest. Today, we take this fight for Black Lives from the streets of Ferguson to the halls of Congress. We will get justice.

To all the counted outs, the forgotten abouts, the marginalized, and the pushed asides. This is our moment. We came together to end a 52-year family dynasty. That's how we build the political revolution.

Bush got involved with the Black Lives Matter movement in 2014, when Michael Brown, an unarmed black teenager, was shot and killed by a white police officer in Ferguson.

She joined the protests that erupted in the wake of the shooting and soon began leading the protests in her Missouri district.

Bush has remained engaged in protest work ever since, getting heavily involved in the recent protests surrounding the murders of George Floyd and Breonna Taylor.

Bush’s website features images of her attending Black Lives Matter protests, wearing a t-shirt with a “RESIST” message, hitting an tombstone-shaped model with the message “SMASH the PATRIARCHY,” and holding hands with Rep. Alexandria Ocasio-Cortez (D-NY).