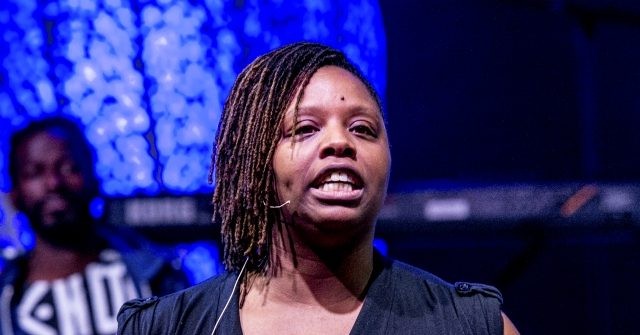 Black Lives Matter is now demanding payback for its support of Joe Biden and Kamala Harris in the 2020 presidential election, stating that “getting Trump out of office was not the end all, be all,” and that “We want something for our vote.”

“The truth is, getting Trump out of office was not the end all, be all. The work is just beginning,” stated the Marxist political organization in a statement on its website. “We want to be heard and our agenda to be prioritized.”

“We start by both holding the new president-elect and vice president-elect accountable to their campaign commitments of addressing systemic racism and by emphasizing our willingness to work with them,” added Black Lives Matter.

BLM’s statement was accompanied by an open letter in which the organization’s co-founder, Patrisse Cullors, addressed both Biden and Harris, calling for a meeting with the two to “discuss the expectations that we have for your administration and the commitments that must be made to Black people.”

“A well-thought out, community driven, fully resourced agenda that addresses the particular challenges faced by Black people must be a top priority,” wrote Cullors, adding, “we want something for our vote.”

The BLM co-founder even went on to claim that black people had singlehandedly won the 2020 presidential election for Biden and Harris, despite the fact that the election has not yet been independently certified, as well as despite the fact that President Donald Trump had actually gained support among black voters, increasing his share of the black male vote from roughly 13 percent to 18 percent.

“Without the resounding support of Black people, we would be saddled with a very different electoral outcome. In short, Black people won this election,” insisted Cullors.

“Both of you discussed addressing systemic racism as central to your election campaigns. Both of you also expressed regrets regarding your record on issues impacting Black people,” continued Cullors, pointing out that both Biden and Harris’s records with the black community have not been particularly stellar. Cullors went on to say:

The best way to ensure that you remedy past missteps and work towards a more just future for Black people — and by extension all people — is to take your direction from Black grassroots organizers that have been engaged in this work for decades, with a legacy that spans back to the first arrival of enslaved Africans.

Cullors concluded by stating that she looks forward to meeting with Harris and Biden so they can “begin the immediate work of Black liberation,” adding that the Marxist organization “would like to be actively engaged in your Transition Team’s planning and policy work.”

“Again, congratulations on your win,” she added. “Let’s get to work!”

Pregnant Single Mother Raided By FBI, Detained For a Week After Going Through an Open Door at the US Capitol — Now Faces Over...

Pregnant Single Mother Raided By FBI, Detained For a Week After...