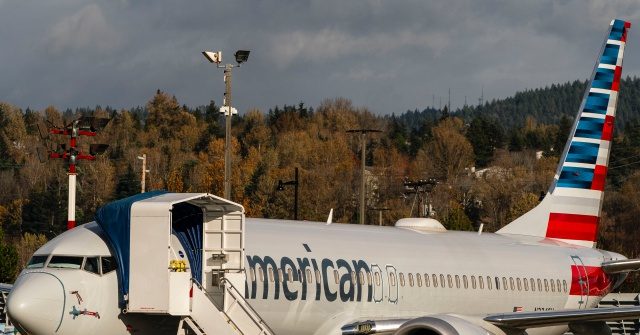 The Boeing Company is outsourcing 600 American information technology (IT) jobs to Dell Technologies, which regularly imports foreign visa workers, while expanding its production base in India.

This month, Boeing executives announced that they would be outsourcing hundreds of IT jobs to Dell Technologies — about 10 percent of the company’s IT employees — as it intends to lay off 11,000 of its employees this year after laying off 20,000 last year.

While Boeing outsources hundreds of jobs to Dell, the company is expanding its production capacity in India after one of its manufacturers in China was put on a U.S. blacklist for its ties to the Chinese Communist Party, according to Business Insider:

While hundreds — and potentially thousands — of Americans are set to lose their jobs at Boeing this year, the company’s CEO Dave Calhoun is likely to continue raking in a lucrative salary. When Calhoun took over as head of Boeing earlier last year, he stepped into a large pay scale.

“According to the filing, Calhoun gets a base salary of $1.4 million to start,” Barron’s reported:

Total annual compensation, including bonuses and long-term incentive awards will come to about $11 million a year. There is an additional $7 million payment tied solely to 737 MAX milestones. (Details of the MAX milestones weren’t included.) Calhoun will also receive a $10 million payment—like a signing bonus in connection with foregone compensation at other employers—for taking the top job. [Emphasis added]

Outsourcing Americans’ jobs to imported H-1B foreign visa workers is often the first step by corporations in their plans to fully offshore their production and business services.

Every year, more than 100,000 foreign workers are brought to the U.S. on the H-1B visa and are allowed to stay for up to six years. There are about 650,000 H-1B visa foreign workers in the U.S. at any given moment. Americans are often laid off in the process and forced to train their foreign replacements, as highlighted by Breitbart News.

Like other Defense Department contractors, Boeing profits hugely from American taxpayer money. In 2017, the company noted that about 79 percent of its profits came from government contracts with the U.S. federal government. In 2018, Boeing saved $230 million in taxes thanks to tax breaks offered by Washington state.

John Binder is a reporter for Breitbart News. Email him at [email protected]