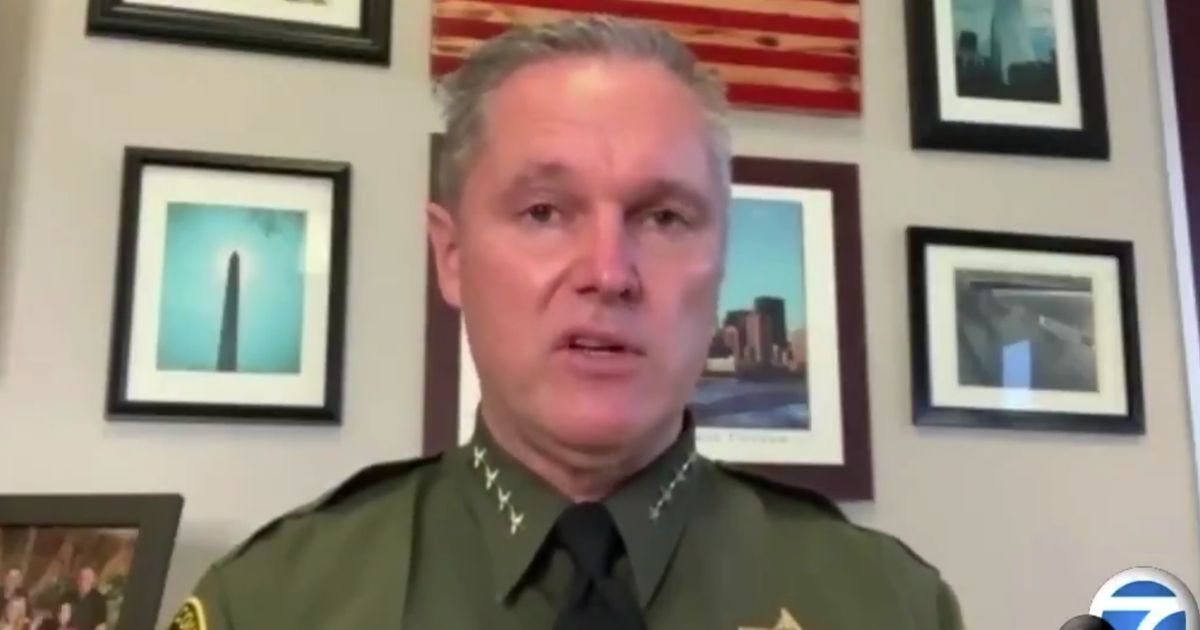 Orange County, California, Sheriff Don Barnes is pushing back against a court order to cut the population of inmates in the county jails by 50 percent due to the spread of COVID-19.

A judge ruled in favor of the American Civil Liberties Union in a lawsuit filed in April, claiming Barnes had not taken proper precautions to protect “medically vulnerable” inmates or lessen the risk of spreading the coronavirus in the jails.

#BREAKING: A judge has ordered 50% reduction in Orange County jails in response to our lawsuit. This comes after a huge spike in COVID cases within the jails.

Now and always, we will defend the rights and dignity of incarcerated people. https://t.co/uLb820oi23

The order would require 1,800 inmates to be released back into the community.

“Anybody who’s here is here because they need to be here, not because I just want to keep them here.”

Please see my statement below following an order from the court mandating the release of more than 1,800 inmates from the Orange County Jail. pic.twitter.com/Y6PuIKVlPr

An outbreak in the jails occurred over the weekend, jumping from 138 cases reported on Friday to 416 cases reported by Monday. Barnes has said the numbers appear to be high because all inmates are being tested, even if they are not showing signs of the virus.

There are currently 3,628 inmates in all of the jails in the county combined, with a capacity for 6,159, according to the OC Register.

District Attorney Todd Spitzer is also taking a stand against the order with Barnes.

“Why does anybody think that what’s going on in our jails is not gonna be a mirror image of what’s already happening on the outside?” Spitzer said, according to KABC.

“The numbers in the jail are not out of control or inflated as compared to what’s going on outside of our jails,” he added.

I sat down with KABC7’s Tony Cabrera to talk about a judge’s order to cut the OC Jail population by half in response to the COVID-19 pandemic. OC inmates who were released on $0 bail and early release have committed new crimes at nearly three times the normal recidivism rates. pic.twitter.com/TbKkUAhjeA

Orange County is home to over 3 million residents, and the county is almost entirely suburban neighborhoods.

Releasing inmates without a safe exit strategy puts the public at an imminent risk of danger that should not be taken lightly.

“The public should be in a panic, and they should be concerned about this release,” Barnes said, according to KCBD-TV. “These aren’t low-lying offenders, these are people in for very serious offenses: murder, attempted murder, domestic violence,” Barnes said.

The ACLU, however, is arguing that Barnes has been neglectful, and that refusing to depopulate the jails is a disaster waiting to happen.

Should prisons release inmates to stop the spread of the coronavirus?

“The court’s decision to alleviate the pressure on the jail by depopulating will help prevent the medical infrastructure — in the jail and in the surrounding community — from becoming totally overwhelmed” ACLU SoCal policy coordinator Daisy Ramirez said in a statement.

Based on this week’s numbers, there obviously needs to be more precautions taken in order to prevent the spread of coronavirus in Orange County jails, but this solution is extreme.

Families and individuals in Orange County have already been adapting to the pandemic and recent wildfires, and an additional public safety risk like this is absolutely unnecessary.

Releasing criminals back onto the streets in an attempt to slow the spread of the coronavirus has already proven to be a mistake.

“Data from the DA’s office shows low-level offenders who were released early or on $0 bail during the pandemic have committed new crimes at nearly three times the normal rate,” KABC’s Tony Cabrera reported.

“There’s no doubt it would jeopardize public safety because these are some of the worst of the worst,” Spitzer said.

The ACLU and the sheriff’s department were ordered to file a joint status report of compliance by Jan. 6, according to KCBS-TV.