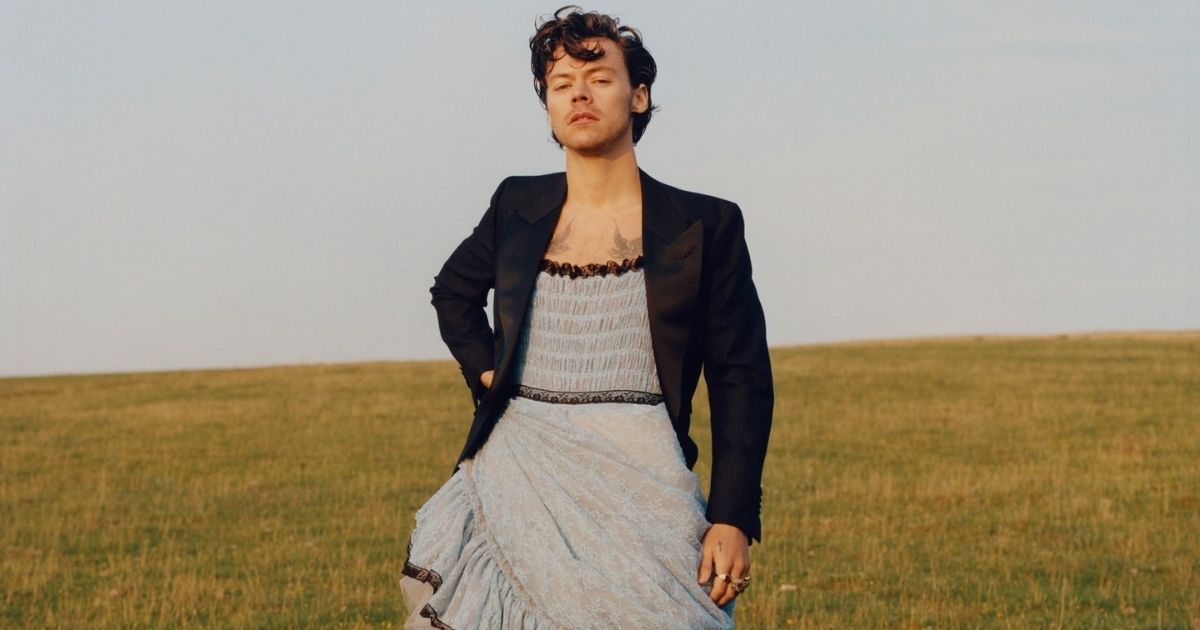 Conservative commentator Candace Owens went after popular fashion and one of Hollywood’s young stars on Twitter, connecting a trend of male role models wearing feminine clothing to an attack on Western society.

While Styles, 26, became a sensation for singing in the boy band One Direction, he has since made his debut on the silver screen.

In 2017’s box office home run “Dunkirk,” Styles played the character of an alpha male British Army soldier who worked with other men to escape German-occupied France in 1940.

The role further endeared Styles to a generation of young girls and women.

Despite his on-screen demeanor, though, Styles signaled in his Vogue interview that he embraces being “creative” with clothing. He has also apparently embraced the neo-Marxist Black Lives Matter political movement.

“The seismic changes of 2020 — including the Black Lives Matter uprising around racial justice — has also provided Styles with an opportunity for personal growth,” Vogue reported.

He told the publication, “I think it’s a time for opening up and learning and listening.”

Do you think the Vogue issue is part of a larger plan by leftists to undermine American values?

“I’ve been trying to read and educate myself so that in 20 years I’m still doing the right things and taking the right steps. I believe in karma, and I think it’s just a time right now where we could use a little more kindness and empathy and patience with people, be a little more prepared to listen and grow,” he added.

Regarding clothing selection, he also told Vogue he has few qualms about blurring the lines of traditional fashion.

“There’s so much joy to be had in playing with clothes. I’ve never thought too much about what it means — it just becomes this extended part of creating something,” he said.

Images shared by the publication online show Styles wearing what are essentially dresses.

“There’s so much joy to be had in playing with clothes. I’ve never thought too much about what it means—it just becomes this extended part of creating something.”: Read our full December cover story starring @Harry_Styles here: https://t.co/yILujUQQae pic.twitter.com/qwpGKBSQey

Those images sent Owens into a rebuke of feminizing men and a strong defense of classic male role models.

Owens shared the Vogue post and commented, “There is no society that can survive without strong men. The East knows this. In the west, the steady feminization of our men at the same time that Marxism is being taught to our children is not a coincidence.”

There is no society that can survive without strong men. The East knows this. In the west, the steady feminization of our men at the same time that Marxism is being taught to our children is not a coincidence.
It is an outright attack.

Owens added, “It is an outright attack.”

“Bring back manly men,” she concluded.