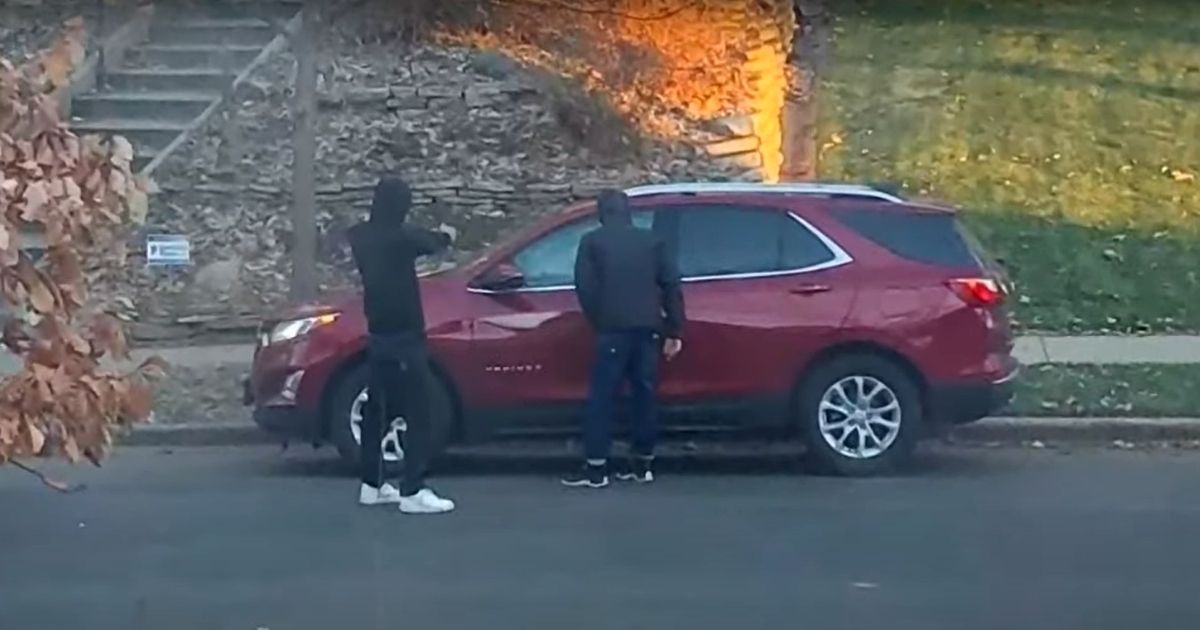 Reported incidents of violent carjackings have skyrocketed in Minneapolis during a crime wave in the city that began amid calls to defund the police following the May death of George Floyd.

According to the Minneapolis Star Tribune, forced vehicle thefts increased 537 percent in October and November when compared to the same period in 2019.

In all, 125 carjackings have been reported in the city over the last two months.

According to the Star Tribune, police are blaming “small groups of marauding teens” for some of the crimes in the city.

But other cases of forced car theft appear random. They are also, at times, very violent.

TRENDING: Rules for Thee Not for Me: Chicago Mayor’s Security Team Gets Traffic Fines Dismissed

One female victim was driving when an attempted car thief pointed a gun at her, according to the outlet.

The woman sped away, but not before three shots were fired at her car. Two rounds struck the car’s window, while a third bullet hit her side-view mirror.

She escaped unharmed, and those who attacked her made an escape in another stolen vehicle.

A person close to the victim in that case told the Star Tribune the woman was “traumatized.”

On the violent incident, the same woman said, “It’s just so bold.”

Things are so bad that police responded to three different carjackings within one hour Saturday on the southeast side of Minneapolis.

An elderly woman was reportedly hit in the head in one of those incidents.

“It defies all civility and any shred of common human decency,” he said.

Crime has risen in the city significantly since this past summer.

One resident of the city described how order has broken down.

“I am unsettled by the acceptance that carjacking and attempted murder is being normalized as a new way of life in our city,” Higgins Victor said in a letter to the City Council, according to the Star Tribune.

Do you think anti-police rhetoric has contributed to the crime wave?

“Police are gone. Criminals are emboldened. City leaders are not working toward common goals,” Victor said.

Minneapolis is home to the now-nationwide movement to defund police agencies.

In June, the City Council unanimously voted in favor of a plan to eliminate the Minneapolis Police Department and replace it with a “Department of Community Safety and Violence Prevention.”

Democrats in the city were seeking a “holistic” approach to policing and public safety at that time.

There now seems to be a bit of buyer’s remorse for throwing police under the bus in the wake of Floyd’s death, as crime is now affecting residents all over the city.

KNOW-FM reported Monday that Frey described calls from the City Council to remove $8 million from the department as “irresponsible.”

“We are hearing from our communities right now that they are looking for a both-and approach,” Frey said in reference to the city’s crime wave.

Frey said people in the city do not want to see fewer police officers patrolling the streets.