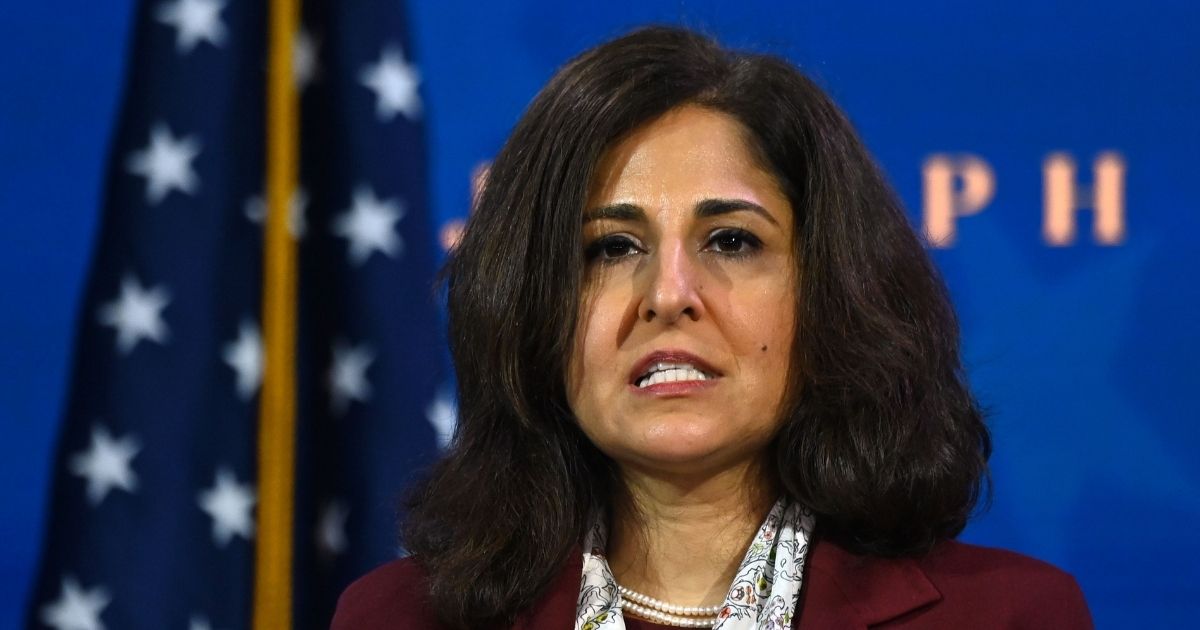 Presumptive president-elect Joe Biden continues to present himself as a devout Roman Catholic, but you wouldn’t know it from his politics.

As if being pro-abortion and supporting the decidedly unbiblical radical transgender agenda wasn’t enough to create skepticism of that claim, he has also tapped the morally repugnant Neera Tanden to direct the Office of Management and Budget.

The problem with Tanden isn’t just the usual right-versus-left issues that could arguably go either way for Catholics, such as the fact that she heads the liberal thinktank Center for American Progress and was formerly an aide to Hillary Clinton.

The issue instead is that some of her crowning achievements directly targeted Catholics and the Roman Catholic Church, which is precisely why Catholic League president Bill Donahue denounced Tanden as a “bad choice” whom the faithful “cannot trust” in a statement released Tuesday.

Tanden helped craft the infamous Health and Human Services contraceptive mandate during the Obama administration, which Donohue said “sought to force Catholic non-profit organizations, such as the Little Sisters of the Poor, to pay for abortion-inducing drugs, contraception and sterilization in their healthcare plans.”

Then, when Catholic bishops objected to such a “flagrant violation of conscience” that would require the faithful to pay for what they consider objective moral evils, she dismissed the religious liberty violation, wielding the usual “health care” argument for forcing nuns to pay for birth control.

Donohue further claimed that Tanden was a “close associate” of CAP founder John Podesta, who, according to leaked emails, was trying to start a sort of revolution within the church.

“At the time, Podesta was chairman of Hillary Clinton’s presidential campaign,” Donohue said. “He was responsible for creating two phony Catholic groups, Catholics United and Catholics in Alliance for the Common Good, both of which falsely argued that Catholic teachings on abortion and sexuality could be rejected by Catholics in good standing.”

Tanden was also in that email thread and concocted the “misogyny” angle to deal with the church’s objections in an email to Clinton.

“That is exactly the way the foes of the Catholic Church talk — any objection to mandating that abortion-inducing drugs must be funded by Catholic taxpayers is anti-women,” Donohue pointed out.

Donohue also took Tanden to task over her wholesale belief in questionable allegations against Justice Brett Kavanaugh, at the time a nominee for the U.S. Supreme Court.

“She reflexively believed the fanciful tales of Christine Blasey Ford, the distraught professor who could never find a single person to verify her claims of sexual assault against Kavanaugh,” Donohue continued.

“Tanden even smeared Senator Susan Collins for supporting the Catholic nominee. She criticized the Republican senator for what she called a ‘pathetically bad faith argument as cover for President Trump’s vicious attacks on survivors of sexual assault.’

Despite her zeal for fighting against such allegations — even false ones — Tanden herself has a checkered past when it comes to dealing with them in her own organization.

“After it made the news that allegations of sexual harassment and retaliation had taken place at CAP,” Donohue said, “Tanden, the president, called a staff meeting to assure everyone that there was nothing to worry about. It was at this meeting when she disclosed who the anonymous person was — Tanden made sure everyone knew the identity of the victim.”

Donohue said when the victim finally resigned, she sent a memo explaining how she experienced retaliation and mistreatment by superiors for reporting the allegations despite CAP’s supposed mission against sexual misconduct.

One of Tanden’s coworkers said she’d outed the victim several times throughout a company meeting, proving that it was “impossible to trust her.”

“If it is impossible for the public to trust Neera Tanden, it is doubly impossible for Catholics to trust her,” Donahue concluded, calling upon Senate Majority Leader Mitch McConnell to block her nomination.

Donohue is spot on that Tanden can’t be trusted, either from a Catholic standpoint or a strictly political one.

“Neera Tanden is a big-government, big-spending radical liberal who’s a terrible choice for OMB Director,” Florida Sen. Rick Scott tweeted. “It’s just more proof that @JoeBiden and the Democrats will continue to move further and further to the Left.”

It’s just more proof that @JoeBiden and the Democrats will continue to move further and further to the Left. https://t.co/94knG0xpQl

Tanden is a raging leftist, but she is more so a problematic pick for a politician who himself claims to be Catholic — and Biden couldn’t have done much worse than someone who is so vehemently opposed to the teachings and the institution itself.

As a Catholic, Biden should know that the church’s objections to the HHS mandate and contraception and abortion are staunchly pro-woman and part of the unchangeable dogma.

In his landmark 1968 “Humane Vitae” encyclical reiterating the church’s prohibition on artificial birth control, Pope Paul VI foretold how widespread acceptance of contraception would cause men to “forget the reverence due to a woman” and “reduce her to being a mere instrument for the satisfaction of his own desires.” (Teenage girls feeling the need to twerk on TikTok or pose half-naked on Instagram demonstrate exactly what society now believes about the value of women.)

As for the objection to abortion, it may be convenient for the women having them, but it certainly does no favors to the baby girls whose lives are sacrificed for that convenience.

Protection of the dignity of women and the sanctity of life can hardly be called “misogyny” when taken in context.

There are many reasons to object to both Biden and Tanden for their radical leftist economics and race-baiting agenda, but Donohue is right about Tanden: She’s not someone Catholics can trust, but neither is the supposedly Catholic president who picked her.