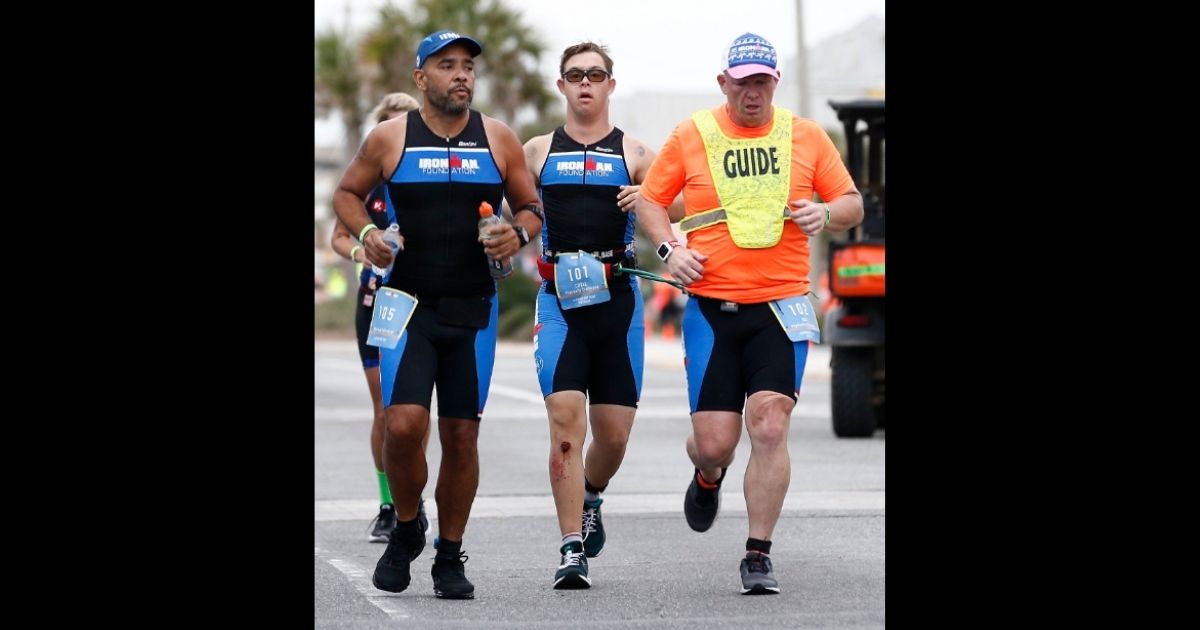 Accomplishing the impossible is something that Chris Nikic has been doing for years, thanks to the support team he has in his family.

According to a video by WUFT News, dad Nik Nikic had heard it all: People telling him his son wouldn’t amount to anything, that he would have to be cared for his entire life. But the Nikics felt otherwise, and now the world does, too.

It started a few years ago after Chris had undergone several surgeries and led a fairly inactive life.

He was left out of many things and was missing out on lots of events that young people his age engage in, so his dad decided it was time for a change.

But it started small.

On that first day of training, when Chris couldn’t even complete a single lap in the pool, the goal of one day competing in and completing a triathlon seemed an impossible dream.

But they stuck to reasonable goals: “Get 1 percent better every day” became their motto.

They trained, and they trained and they trained. Coach Dan Grieb joined them as they navigated wholly new territory — there were no guidelines, no tips for helping an athlete with Down syndrome train for a triathlon simply because it had never been done before.

“A year ago I wrote ‘Chris World Champ,’” he tweeted on Sunday. “Anything is Possible.”

A year ago I wrote “Chris World Champ”. Anything is Possible. https://t.co/iaU2qOmOcq

“Chris made history as the 1st person with Down syndrome to finish the full triathlon. His feat landed him in the Guinness World Records & inspired so many around the world!”

“@ChrisNikic, YOU ARE AN IRONMAN!” IRONMAN Triathlon tweeted. “Congratulations Chris on becoming the first person with Down syndrome to finish an IRONMAN. You have shattered barriers while proving without a doubt that Anything is Possible!”

“We are beyond inspired, and your accomplishment is a defining moment in IRONMAN history that can never be taken away from you. You swam 2.4 miles, biked 112 miles and ran 26.2 miles and now you get to brag for the rest of your life.”

Chris made history as the 1st person with Down syndrome to finish the full triathlon. His feat landed him in the Guinness World Records & inspired so many around the world! #Choosetoinclude #IMFL pic.twitter.com/OiiqnDSbEu

While the accomplishment is incredible in its own right, as Chris trained and joined like-minded people also training for triathlons, he’s found community — something that his father could only hope for once.

His grit, determination, support group and renowned hugs have taken him far, and a triathlon is just the beginning.