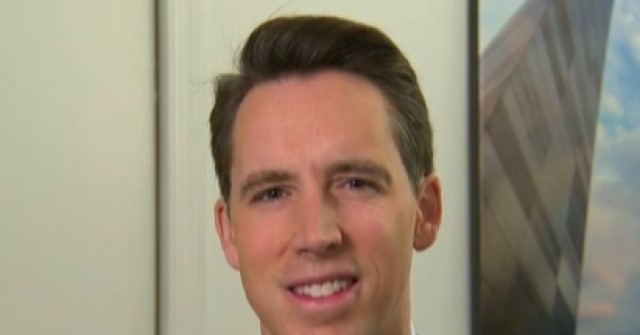 Thursday on Fox News Channel’s “Tucker Carlson Tonight,” Sen. Josh Hawley (R-MO), a member of the Senate Judiciary Committee, warned of how election irregularities and the abandoning of processes that lend transparency in election process can erode Americans’ confidence.

Hawley called for banning ballot harvesting and provisions that allowed poll watchers to be present when ballots were counted.

“[T]here needs to be transparency in this process,” he said. “There needs to be integrity. Americans have to have confidence that their elections have integrity. That means things like poll watchers — poll watchers from both parties need to be present as ballots are being counted. That means an accounting of how many absentee ballots they have left, how many mail-in ballots are there. It also means things like ballot harvesting, Tucker — where you pay a third-party to go collect ballots and bring them in. That ought to be illegal in the United States of America. Let’s ban ballot harvesting right now. It is rife with abuse. It is inviting abuse. These are the kind of reforms that we need to pursue. But right now, right this very instant, there needs to be total transparency in this process. And I’ve got to tell you — when you see some states going to court to try and stop poll watchers, people just observing the ballot counts, I mean, that is deeply, deeply disturbing.

“[A]gain, to your point a second ago, I don’t know if those allegations are well-founded or not,” Hawley said of allegations of voter fraud. “That is why you have a process. That is why you have a transparent process. I can tell you what else, Tucker, to have some states where they are not even telling us how many ballots they have counted, how many are left, they are not getting reports that we will get back to you in 24 hours, that are completely dark. That also breeds distrust. People have no idea what in the world is going on. So, I say again — there needs to be total transparency in this process. Allow poll-watchers to come in from both parties. States should be giving regular updates so the American people can have confidence going forward. We are going to have to pursue election integrity reforms.”

The Missouri Republican lawmaker suggested ballot harvesting as something that Congress should take up immediately.

“[T]hat should be banned. We should ban that. Again, this practice of just mailing the list when there are no ballots requested. Somebody doesn’t request a ballot — you just send it to them. That also, I think, has a lot of serious issues. So at the very least, let’s start by banning ballot harvesting. Congress should do that immediately. Senate is back in session next week. We ought to take this up next week, immediately.”