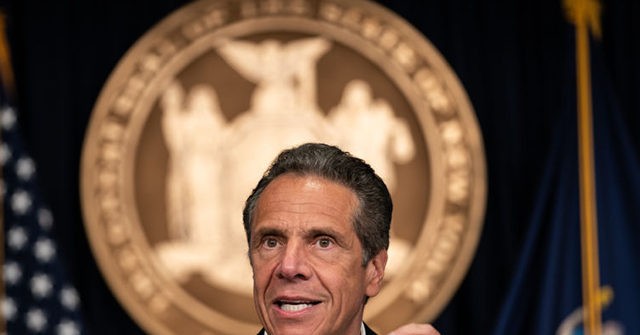 Gov. Andrew “Grandma Slayer” Cuomo (D-NY) is threatening to sue American taxpayers if we don’t pay for his well-documented ineptitude.

From the far-left Politico:

Andrew Cuomo had one overriding message Tuesday as he delivered his annual budget address from New York’s state Capitol: If Washington doesn’t send New York $15 billion as part of a pandemic relief package, he’ll have no choice but to slash public payrolls, cut services and raise taxes on the rich.

Cuomo argued that the state is uniquely entitled to those funds because the pandemic hit New York so hard last spring and was comparatively defenseless thanks to federal government bungling.

And I should care about this, why?

Wait. It gets worse:

He went one step further and threatened to pursue litigation if the federal government did not acquiesce to his ask, though officials, when asked, did not immediately say whom the state might sue or what legal arguments New York could employ.

Why should Texans and Floridians have to pay for New York, when it was New Yorkers who put this unqualified clown in office?

The truth is that there is nothing happening to New York that Cuomo and his Marxist Mini-Me, New York’s Mayor Bill de Blasio, did not make much worse than it had to be.

It was Cuomo who poured plague into the most vulnerable populations — New York’s nursing homes, and it was both Cuomo and de Blasio who destroyed their own tax base by shutting everything down, which Florida is proving is the exact opposite of what should have been done.

Oh, and Cuomo and de Blasio didn’t temporarily kill their tax base. Scores of businesses will never reopen, and a whole bunch are fleeing to free states like Texas and Florida. And why wouldn’t they flee when they know if they remain three things are certain: 1) New York is run by anti-science maniacs who will shut them down and bankrupt them over a virus with a survival rate (per the CDC) of 99.6 percent, 2) left-wing terrorists like Black Lives Matter and Antifa will always be allowed to burn down their neighborhoods, and 3) they will always be over-taxed and over-regulated by a fascist State.

But now that His Fraudulency Joe Biden is about to become president, the inept and incompetent governor, the worst governor in America, will likely be handed his $15 billion fig leaf, and all at our expense.

Don’t you just love sending your tax dollars to New York to save New York’s wealthy from a tax increase?