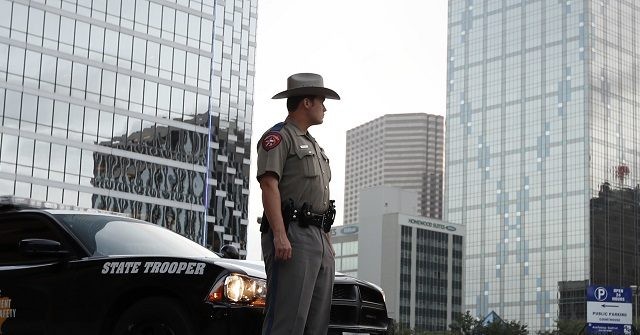 Texas Governor Greg Abbott is sending state police resources to the City of Dallas in response to a spike in violent crime. The governor responded to a request for assistance from the Dallas Police Department after city leaders cut the police overtime budget by $7 million.

“The rise in violent crime in the city of Dallas is unacceptable, and the Texas Department of Public Safety will assist the Dallas Police Department in their efforts to protect the community and reduce this surge in crime,” Governor Abbott said in a written statement. “Every Texan deserves to feel safe in their own community, and the State of Texas will continue to provide the city of Dallas with the resources they need to crack down on this heinous activity and protect Dallas residents.”

Governor Abbott responded to a request from the Dallas Police Department to provide direct support in reducing violent crime, the governor’s office reported. The Texas Department of Public Safety is sending multiple resources to help the city that is currently in the midst of a spike in violent crime. Those resources include DPS special agents, state troopers, and intelligence analysts. The additional manpower will be directed at helping support gang and drug enforcement operations.

The DPS will also provide two helicopters and two patrol planes to assist in providing air support. Finally, a team of Texas Rangers is being dispatched to support the city’s homicide division.

The call for help comes after the city cut $7 million from the $24 million overtime budget for the Dallas Police Department in September, the Texas Tribune reported. Instead of keeping commissioned officers on the street to attack violent crime, the city chose to divert funds to hiring civilian workers and improve street lighting.

“I am grateful for the Governor’s willingness to assist Dallas as we combat the unacceptable increases in violent crime in our city. As I said today, this ongoing situation requires an all-hands-on-deck response, and I will continue to push for strategies and partnerships that will reduce crime in our neighborhoods. The people of Dallas deserve our unwavering commitment to their safety.”

“The violent crime in the city is out of hand. I’m tired of it. I’m sick of it,” Mayor Johnson told reporters Wednesday afternoon. “This is not a joke. This is not a game. This is not about being on television. This is about ending the needless and senseless taking of lives in the city.”

Dallas has experienced more nearly 230 homicides this year — seven in the past 24 hours, local media outlets report. Johnson says the city is set to surpass a 16-year high and has already exceeded the total for all of 2019, NBCDFW 5 reported.

Breitbart Texas reached out to the Texas Department of Public Safety for additional information about the deployment of state resources to Dallas. An immediate response was not available.