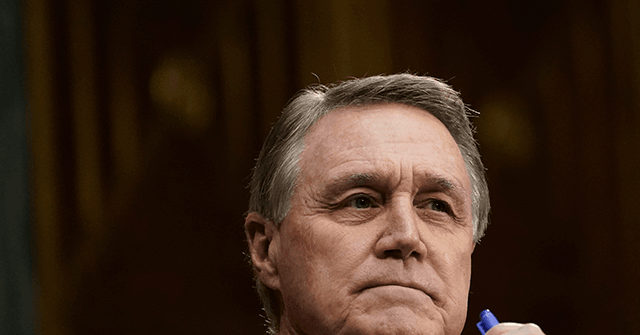 Sen. David Perdue (R-GA) said in a statement on Sunday that he will not debate Georgia Senate Democrat candidate Jon Ossoff ahead of the Senate runoff in January, charging that Ossoff has lied and failed to defend his “socialist agenda.”

The debate would have been held on December 6.

The Georgia conservative charged that Perdue currently leads the Senate race and that the Georgia Democrat has failed to be truthful to Georgia voters. The Perdue campaign said:

The runoff in Georgia is an extension of the November 3rd general election, where 52 percent of Georgians voted against Jon Ossoff and his radical agenda. Perdue had a commanding first place win, outpacing Ossoff by over 85,000 votes — in nearly every other state, Perdue would have been re-elected already.

We’ve already had two debates in this election. In each, Ossoff lied repeatedly, and of course the media failed to hold him accountable. He refused to talk about the issues and could not defend his radical socialist agenda. If Ossoff wants to keep lying to Georgians on TV, he will have to use his out-of-state money to pay for it.

Ossoff said in response to Perdue’s statement, “Looks like Sen. David Perdue is too much of a coward to debate me again. … Senator, come on out and try to defend your record. I’m ready to go.”

Breitbart News’ AWR Hawkins has reported on Ossoff’s anti-Second Amendment agenda. Ossoff hopes to push for an outright ban on the sale of semiautomatic rifles and institute a licensing requirement for all semiautomatic firearms.

Perdue said, instead of debating Ossoff, he will speak to Georgians directly.

Perdue added in his statement, “We’re going to take our message about what’s at stake if Democrats have total control of Congress directly to the people.”