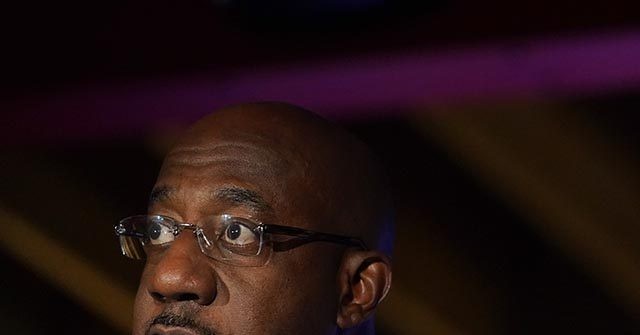 Rubio and Loeffler slammed Warnock during the rally for his church hosting Castro.

“I’m reminded of Sen. Loeffler’s opponent. True story, 25 years ago he was a pastor at a church in New York that invited Fidel Castro to speak,” Rubio said. “They cheered him wildly. … Think about that, now 25 years later, one of the pastors from that church wants to be the U.S. senator from Georgia.”

“Not all Democrats are socialists, but all the socialists are Democrats.” – @MarcoRubio calling out Democrat Raphael Warnock for welcoming communist Fidel Castro to his church in 29915. #GAsen #GApol pic.twitter.com/v1fzePvuKr

Loeffler said, “We do have a choice between socialism and the American dream. … Marco is exactly right: Raphael Warnock celebrated Fidel Castro in his church. He has a Marxist ideology.”

WATCH: “We do have a choice between socialism and the American dream… Marco is exactly right: Raphael Warnock celebrated Fidel Castro in his church. He has a Marxist ideology.” – @KLoeffler #GAsen #GApol pic.twitter.com/7XnWoMDIXP

The rally follows as Breitbart News reported that Warnock criticized white evangelical Christians and Catholics for supporting President Donald Trump during a speech in 2016.

Eight years after Obama’s rise and Wright’s exile as persona non grata in the minds of those who do not know him or his ministry, the provocative speech of the prophet Jeremiah, preached that Sunday years ago about confusing God and government, haunts and hangs over our current condition. As his former church member in this very moment as I stand welcomes today to the White House as his successor a man who rose to political prominence by fanning the flames and funky stench of our ugly racial past. By arguing that this black man no matter how accomplished, brilliant or dignified could not be a legitimate American president. And that his black family descended of slaves had no right to be there in the first place.

He added, “Today President Obama will welcome to the White House a president-elect who ran as a fascist, racist, sexist xenophobe.”

Judge Refuses to Evict Fentanyl Dealer, Worried Somebody Might Get COVID If Sheriffs Execute Court Order

‘H.R. 1 Is a Partisan Assault on American Democracy’

Judge Refuses to Evict Fentanyl Dealer, Worried Somebody Might Get COVID...