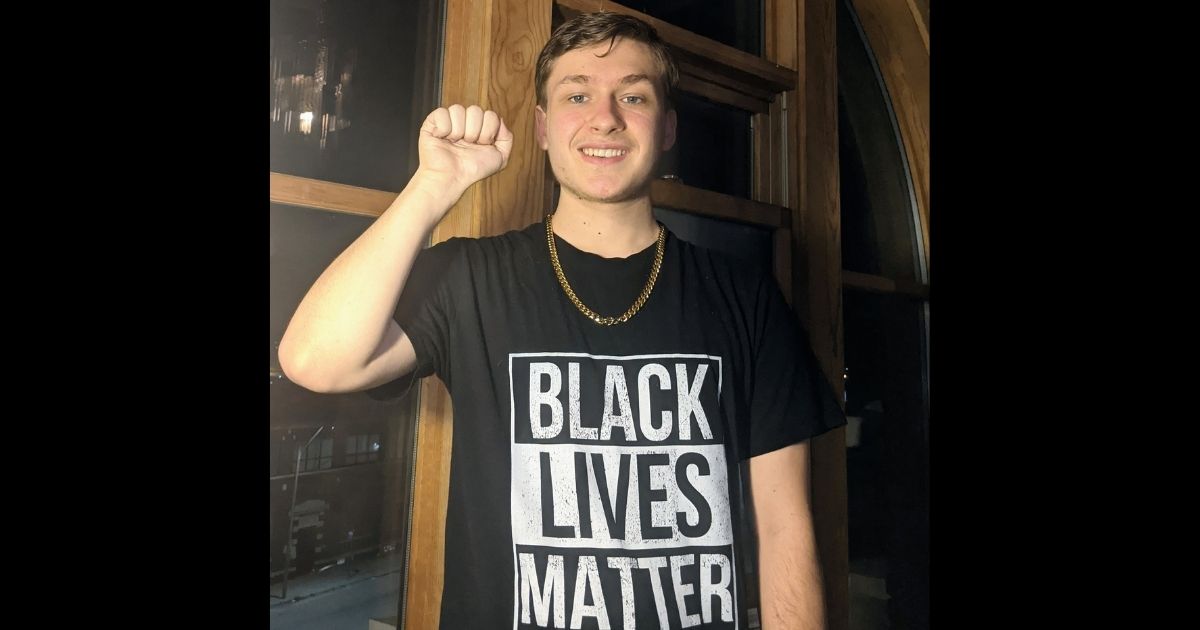 Aaron Coleman, 20, won the contest for the 37th House District in Kansas, getting 3,496 votes.

Now that all advance ballots have been counted, a victory of the working class in District 37 appears almost certain. People’s Democracy has returned to the free state of Kansas after 110 years. (1/2) pic.twitter.com/JvTEqGxFy1

His was the only name on the ballot after he defeated incumbent Democratic state Rep. Stan Frownfelter in an August primary in which his margin of victory was 14 votes.

His general election margin was wider. Although Frownfelter ran a write-in campaign, only 2,013 write-in votes were cast, according to the Wyandotte County Board of Elections.

On the day after the election, in a since-deleted tweet, Coleman wrote Kansas Gov. Laura Kelly would face an “extremely bloody” Democratic primary in two years and that “I’m not playing around. People will realize one day when I call a hit out on you it’s real,” according to The Associated Press.

Coleman said he meant to use the term “political hit.”

“Obviously I should have moved away from the word ‘hit,'” he said.

“There are people out there who will intentionally try to misinterpret anything you say,” Coleman said. “It’s fine. I’m not worried about it. Really, at this point, nobody can really stop me.”

Kelly spokeswoman Lauren Fitzgerald fired back at the Coleman tweet about a “hit,” saying, “Aaron Coleman is unfit to serve in the Legislature.”

Coleman is not the least concerned.

“My tweets were a political call for action for progressives to run against establishment candidates,” he said, according to The New York Times. “Many of my constituents have agreed with the statement and actually read my tweets in their whole context.”

But some have said they have already had enough.

“Kansas House Democrats will take every necessary step to ensure Coleman is not seated in the Legislature,” Sawyer said. “With Republican cooperation, I believe we can resolve this issue and find a replacement who is competent, stable and principled to serve the 37th District.”

But there is a process for such things, Richard E. Levy, a professor of constitutional law at the University of Kansas, told The Times.

Do you think Coleman should be prevented from serving in the Legislature?

That begins with a complaint, and then an investigation, and then a two-thirds House vote, which would require Republicans to join forces with Democrats.

“It’s possible that he could make his case to the House of Representatives that he should not be removed or expelled based on conduct that occurred some time in the past,” he said. “And ultimately it would just depend on the vote.”

Coleman said he will not be booted.

“Until I break the public’s trust and I break my oath of office, you know, you cannot undo the results of democracy,” he said.

The 20-year-old has also issued a stream of post-election tweets promoting his socialist agenda and mocking his critics.

3,500+ people and 63% of my community said it loud and proud that full-socialism is awesome. Here’s my platform, same as it was throughout the election.

The people knew what they were voting for. I say, trust the people. https://t.co/eztwM36h85

Laura Kelly is going to oust herself by refusing to support #gnd and #m4a. she hates gen Z.

oust me? sorry. Progressives are on the up and up. “Moderate” democrats lose races — progressives win them.

Run a better candidate against me in 2022. — All i can say is someone who supports #M4A & #GND will be running for governor to defeat Laura Kelly. https://t.co/zAhCAsUCFx

Coleman first garnered national political attention when, after his primary win, it was revealed that he had admitted to harassing girls in middle school and had circulated a nude photo of one 13-year-old girl.

He has also said he would “giggle” if a former Republican state legislator who is now a radio show host were to die from COVID-19.

Kati Hampton, 20, of Kansas City, Kansas, who said she was the individual whose nude photo was disseminated online by Coleman when she would not send him more pictures, has said Coleman does not belong in office.

“I don’t think somebody who’s done what he’s done needs to be in any position of power,” she said, according to The Times.