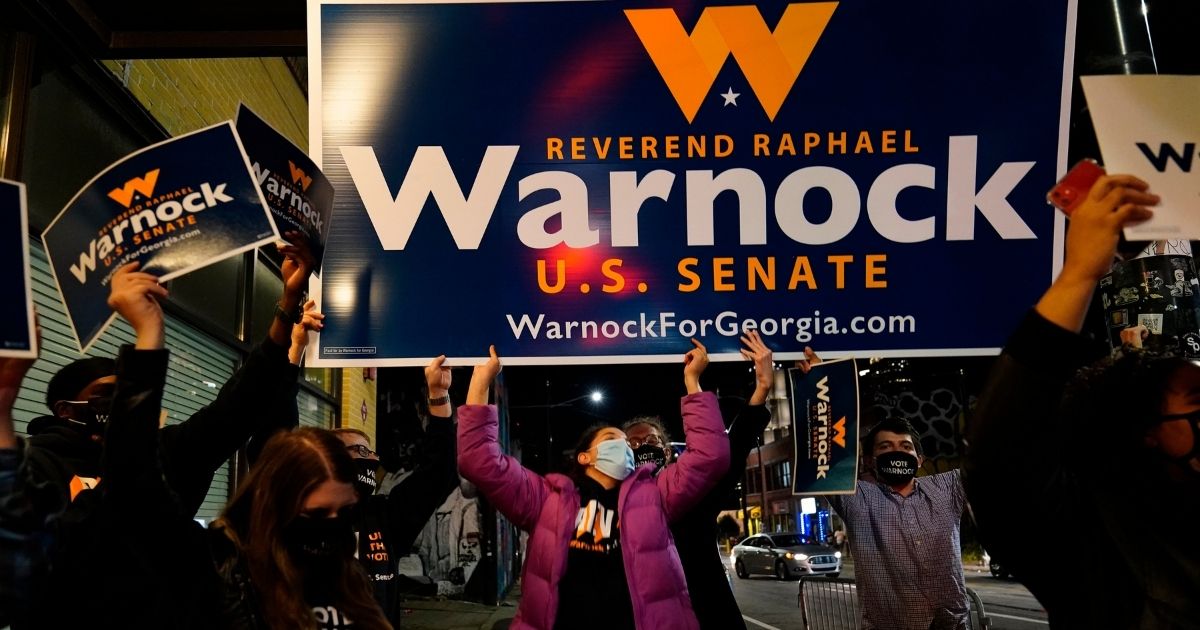 Democrats just can’t keep their messaging about the 2020 elections straight.

On the one hand, they are telling us the race for the president is over. No “widespread fraud” to see here.

On the other hand, some Democrats and their media supporters are openly urging people to move to Georgia and commit fraud by voting in the Senate runoffs slated for Jan. 5.

By the way, doing so unless people intend to stay in Georgia after the elections is a felony.

“A spokesman for the Georgia Secretary of State’s Office, which oversees voter registrations, declined to comment on how quickly someone could establish legal residency in Georgia, but cited state law that it is a felony to vote in Georgia elections if you are not a legal resident or if you are residing in the state briefly with the intention just to vote and then move away,” The Wall Street Journal reported.

“These are sensitive issues, and election officials are going to pay attention to what is happening,” Enrijeta Shino, a University of North Florida political science professor who has researched voting issues in Georgia, told the outlet. “People should be very careful about doing that.”

While former Democratic presidential candidate Andrew Yang did not indicate whether he would be voting, he tweeted that he and his wife were “moving to Georgia” to help Democratic Senate candidates Jon Ossoff and Raphael Warnock.

“Great news #yanggang – Evelyn and I are moving to Georgia to help @ossoff and @ReverendWarnock win!” he wrote.

“This is our only chance to clear Mitch out of the way and help Joe and Kamala get things done in the next 4 years. More details to come but let’s go!!!”

Great news #yanggang – Evelyn and I are moving to Georgia to help @ossoff and @ReverendWarnock win! This is our only chance to clear Mitch out of the way and help Joe and Kamala get things done in the next 4 years. More details to come but let’s go!!! 😀🇺🇸🚀 https://t.co/egcdwqC1qZ

“There isn’t much time. The earliest date for absentee ballots to be mailed for the runoff is Nov. 18. The registration deadline is Dec. 7. The In-person early voting begins Dec. 14,” he added in another tweet.

There isn’t much time. The earliest date for absentee ballots to be mailed for the runoff is Nov. 18. The registration deadline is Dec. 7. The In-person early voting begins Dec. 14.

Yang urged people who could house volunteers to let him know online.

“I hope everybody moves to Georgia, you know, in the next month or two, registers to vote and votes for these two Democratic senators,” Friedman told CNN’s Chris Cuomo this week.

New York Magazine’s Eric Levitz tweeted, then deleted, a message calling for people to do the same.

“These run-offs will decide which party controls the Senate, and thus, whether we’ll have any hope of a large stimulus/climate bill. If you have the means and fervor to make a temporary move to GA, believe anyone who registers by Dec 7 can vote in these elections,” he wrote.

The Washington Examiner’s Jerry Dunleavy captured the tweet before Levitz took it down.

Levitz explained he had deleted the tweet because it was “mostly in jest.”

So the party that brought us Russiagate, the faux impeachment and a lot of alleged foul play in the presidential elections in Pennsylvania, Michigan and Nevada is now out in the open calling for Democrats to commit fraud in Georgia.

If there is one thing these last four years have shown us, Democrats and their establishment media allies could care less about fair play.

The only thing that matters to them is gaining raw political power in order to wield more control over Americans’ daily lives.

Warnock And Ossoff Are Too Extreme, Stand With Schumer, Pelosi, AOC

Warnock And Ossoff Are Too Extreme, Stand With Schumer, Pelosi, AOC