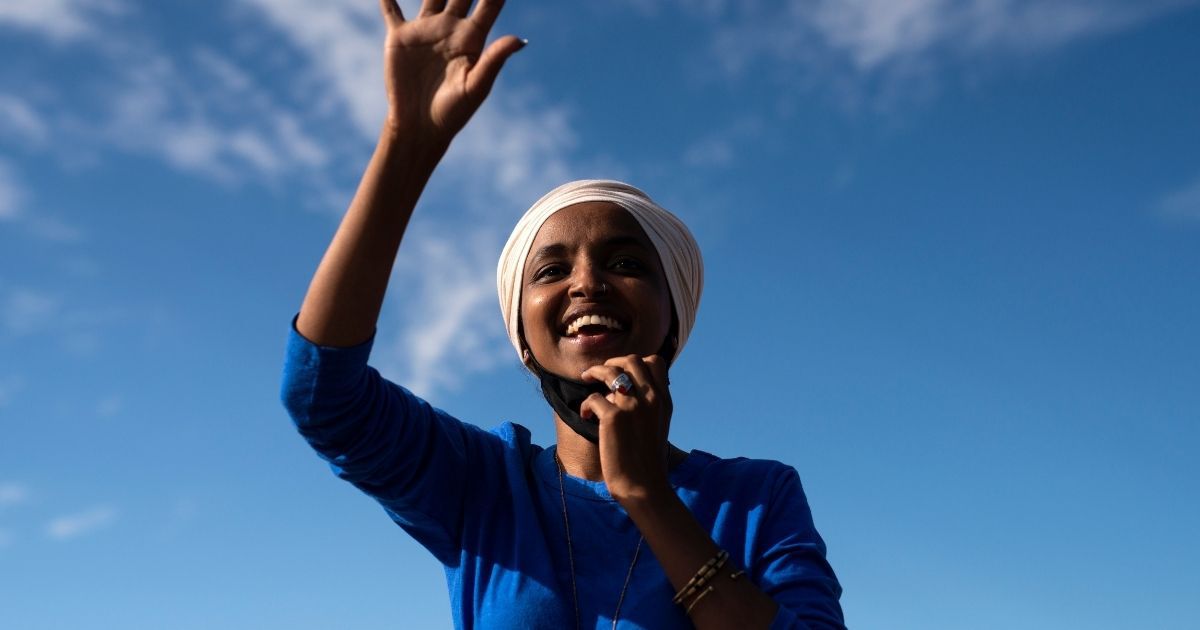 Ilhan Omar retained her seat in the House of Representatives on election night, according to The Associated Press, earning herself two more years representing Minnesota’s 5th Congressional District.

The challenger to Omar, Republican Lacy Johnson, an entrepreneur and businessman from North Minneapolis, was unable to unseat the left-wing candidate.

Omar was able to maintain her district, which contains all of Minneapolis, despite the fact that the city has suffered mass looting and rioting over the course of the past several months.

The violent riots were in response to the controversial death of George Floyd.

Floyd was the African-American man who died after Minneapolis police officer Derek Chauvin knelt on his neck for over seven minutes.

According to an autopsy report, Floyd had lethal amounts of the drug fentanyl in his system at the time.

As of Aug. 31, nearly 1,500 businesses have been heavily damaged in the riots and many of them were completely destroyed, according to the Minneapolis/St. Paul Business Journal.

Rather than calling for an increased police presence in response to the rioting, Omar has suggested diverting resources from the Minneapolis police force and instead reinvesting that money into local community services.

The “defund the police” movement, is one of reimagining the current police system to build an entity that does not violate us, while relocating funds to invest in community services.

Let’s be clear, the people who now oppose this, have always opposed calls for systematic change. https://t.co/SEh97GS9hg

“The ‘defund the police’ movement, is one of reimagining the current police system to build an entity that does not violate us, while relocating funds to invest in community services,” Omar wrote back in June while the riots were in full swing.

“Let’s be clear, the people who now oppose this, have always opposed calls for systematic change.”

Critics of this idea point to the fact that since Minneapolis police have pulled back this year, violent crime has skyrocketed.

Is Omar a competent representative?

The Minneapolis city council voted in July to cut police funding by $1.1 million, redirecting the money to the health department to fund “violence interrupters” instead.

As of late October, residents in north Minneapolis are now suing the city over what they say is a lack of police presence on their streets.