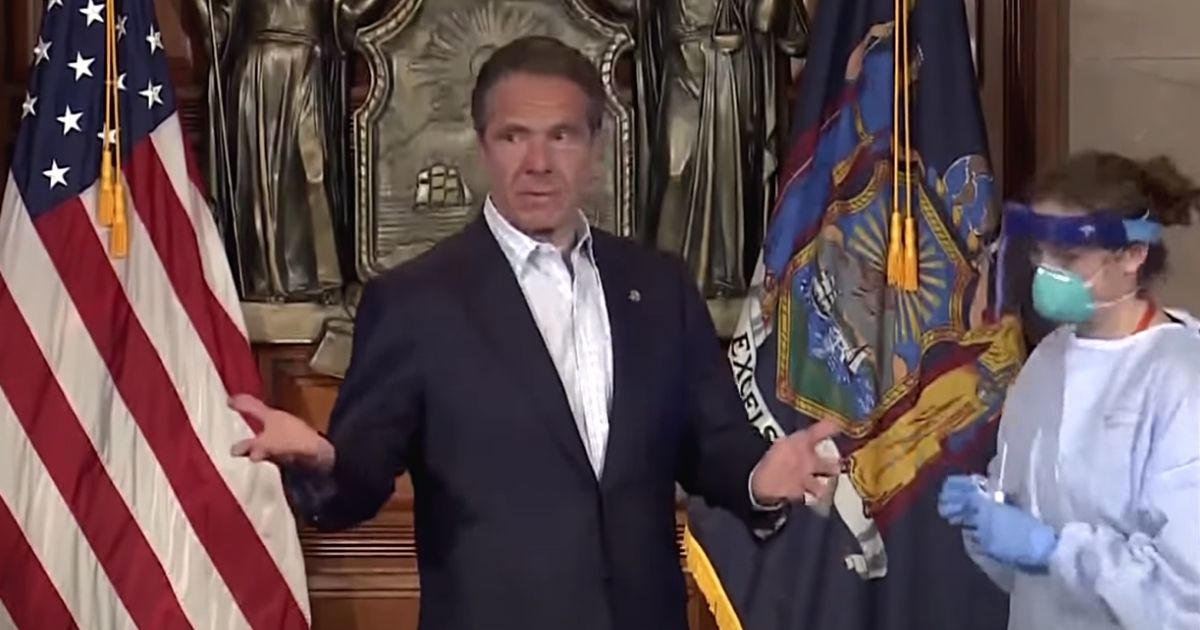 An unsettling encounter between New York Gov. Andrew Cuomo and the female doctor who administered a COVID test to him last year is now resurfacing amid the state leader’s growing sexual harassment scandal.

While the video raises some eyebrows, what’s most worrying about the encounter is what the cameras didn’t catch.

As the cameras focused on Cuomo during the publicized May 2020 test, members of both the local and establishment media sat behind the lenses and watched as the governor brazenly commented on the doctor’s appearance.

The governor only joked and hammed up some dialogue as the test was administered, seemingly one of the reasons the media fell for him in the first place.

TRENDING: Trump Says He Requested 10K National Guard Troops at Capitol Days Before Riot but Pelosi and Other Leaders Rejected It

Watch the full encounter below.

The governor’s treatment of this doctor just trying to do her job is resurfacing at the worst possible time for Cuomo. So far, three separate claims of sexually inappropriate behavior have been levied against Cuomo.

The first accusation against Cuomo was from Lindsay Boylan, a former aide of his. Boylan alleged last week that the governor discussed paying strip poker and even attempted to kiss her when the two were alone.

Another former aide, Charlotte Bennett, stepped forward days later. According to her, the governor hinted toward wanting sex during their conversations.

A third accuser, Anna Ruch, was a complete stranger to Cuomo when the two met each other at a wedding. Ruch’s story of inappropriate contact from the governor is reinforced by photo evidence of the disturbing incident.

Breaking: A third woman has accused Cuomo of over-the-line behavior. Incredibly, a photographer caught the moment, and this look on her face: https://t.co/NnKCs1Y7WF pic.twitter.com/Smr4hNiKKp

Calls for Cuomo to step down are coming from both sides of the aisle as Republicans and Democrats together demand the governor be held accountable for his actions.

RELATED: Ex-Dem Senator Lowers the Boom on Cuomo: ‘You Ought to Be Man Enough’

Now, even the establishment media is joining in to press their once-beloved governor to accept responsibility.

As Cuomo faces a growing number of accusers, it’s becoming clear that he may not be able to ride out his full term in office.

With more accusers possibly still holding their own stories back out of fear, Cuomo’s situation is unlikely to improve without the help of his former allies in the media and the Democratic Party.

Thankfully, the turning tide against Cuomo means that he may not be around to harass women in his administration for much longer.