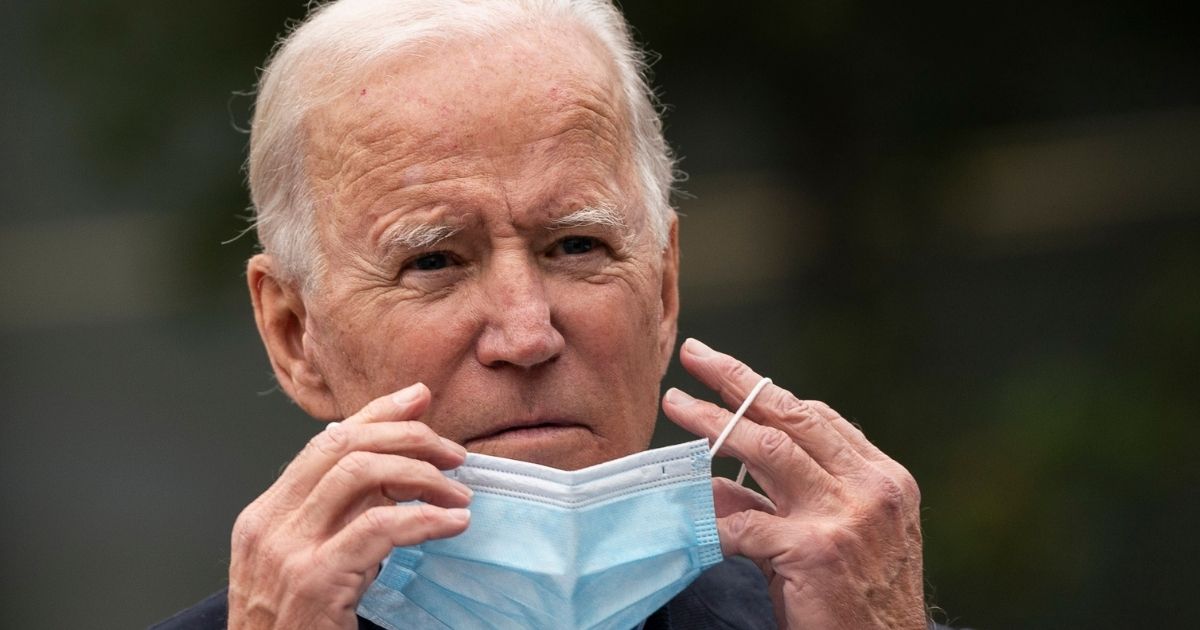 Here’s a thought from the kind of guy Joe Biden wants on his COVID-19 task force: “I think this manic desperation to endlessly extend life is misguided and potentially destructive.”

There’s a pull-quote for you.

Let’s be fair to Dr. Ezekiel Emanuel, the architect of Obamacare and head of the University of Pennsylvania’s Department of Medical Ethics and Health Policy — he wasn’t talking about extending life at any age. This comes from a 2014 piece in The Atlantic in which he said he thought the right age for him to die was 75.

It’s unsurprising that Emanuel — the brother of former Chicago Mayor Rahm Emanuel, Barack Obama’s first chief of staff — has found himself back in the Biden orbit in some kind of public health role. Indeed, on Monday, he became the marquee name on Biden’s blue-ribbon COVID task force.

In a recent interview, Emanuel predicted it will be “closer to November, closer toward the end” of 2021 before America could fully reopen.

A vaccine, he said, “can’t be a quick fix, because we can’t make enough of it fast enough and distribute it and administer it fast enough. The idea that we’ll have a vaccine at the end of December, and presto, change-o, everything changes. … Now, it will lead to changes, but that’s going to take months, actually.”

Yet, the man who once had to fight allegations he was behind “death panels” in Obamacare and is the editor of the book “Rationing and Resource Allocation in Healthcare: Essential Readings” may have been more of a lightning rod than Biden was hoping for on the COVID-19 board — particularly given the fact that Emanuel wrote, not all that long ago, that taking great pains to lengthen life after 75 has moral pitfalls.

“I am sure of my position,” Emanuel wrote in the 2014 piece. “Doubtless, death is a loss. It deprives us of experiences and milestones, of time spent with our spouse and children. In short, it deprives us of all the things we value.

Should Emanuel be on Biden’s COVID-19 task force?

“But here is a simple truth that many of us seem to resist: living too long is also a loss. It renders many of us, if not disabled, then faltering and declining, a state that may not be worse than death but is nonetheless deprived. It robs us of our creativity and ability to contribute to work, society, the world. It transforms how people experience us, relate to us, and, most important, remember us. We are no longer remembered as vibrant and engaged but as feeble, ineffectual, even pathetic.

“By the time I reach 75, I will have lived a complete life. I will have loved and been loved. My children will be grown and in the midst of their own rich lives. I will have seen my grandchildren born and beginning their lives. I will have pursued my life’s projects and made whatever contributions, important or not, I am going to make. And hopefully, I will not have too many mental and physical limitations.

“Dying at 75 will not be a tragedy. Indeed, I plan to have my memorial service before I die. And I don’t want any crying or wailing, but a warm gathering filled with fun reminiscences, stories of my awkwardness, and celebrations of a good life. After I die, my survivors can have their own memorial service if they want — that is not my business.”

Before you draw untoward conclusions, Emanuel said he was “neither asking for more time than is likely nor foreshortening my life” and noted he is an opponent of euthanasia and doctor-assisted suicide.

“I am talking about how long I want to live and the kind and amount of health care I will consent to after 75,” he wrote.

“Americans seem to be obsessed with exercising, doing mental puzzles, consuming various juice and protein concoctions, sticking to strict diets, and popping vitamins and supplements, all in a valiant effort to cheat death and prolong life as long as possible. This has become so pervasive that it now defines a cultural type: what I call the American immortal.

“I reject this aspiration. I think this manic desperation to endlessly extend life is misguided and potentially destructive. For many reasons, 75 is a pretty good age to aim to stop.”

Whatever reasons Ezekiel Emanuel might give for not wanting to live past 75, someone with a history of fixation on health care rationing writing this, purportedly just about himself, is a bit like Woody Allen directing yet another movie about an older, neurotic man finding new life and vitality in a relationship with a woman who’s on the cringe-inducing side of youth. The author may be indeed viewing the work in isolation, but he’s the only one doing so.

Anyhow, his reasons: First, Emanuel said that “our older years are not of high quality” and that studies demonstrated to him “health care hasn’t slowed the aging process so much as it has slowed the dying process.”

“So American immortals may live longer than their parents, but they are likely to be more incapacitated,” he wrote. “Does that sound very desirable? Not to me.”

This is a man now charged with mitigating and eradicating a disease that’s taken an inordinate toll on the elderly.

He might be one of the rock star names within the public health community, sort of the Chuck Berry to Anthony Fauci and Deborah Birx’s Beatles. Rock star personalities won’t beat this disease, however, and someone with a history of disconcerting takes on health care for the aged probably could have found another place in a potential Biden administration.

His second reason should call into question why he was chosen: Emanuel wrote that our creativity peaks somewhere between 40 and 45 and then begins to decline.

And as for Biden, hoo boy. Emanuel wrote that “the fact is that by 75, creativity, originality, and productivity are pretty much gone for the vast, vast majority of us. Einstein famously said, ‘A person who has not made his great contribution to science before the age of 30 will never do so.’

“He was extreme in his assessment. And wrong. Dean Keith Simonton, at the University of California at Davis, a luminary among researchers on age and creativity, synthesized numerous studies to demonstrate a typical age-creativity curve: creativity rises rapidly as a career commences, peaks about 20 years into the career, at about age 40 or 45, and then enters a slow, age-related decline.”

Emanuel is 63, so he at least has 12 years to rage, rage against the dying of the light — as a man who ironically took Emanuel’s advice, albeit in a much more extreme form, put it. However, he’s still on the diminished-returns end of that age-creativity curve.

And yet he accepted the position. Funny how these things work.

As for extrapolating his argument to Biden — all right, so there may be something to the argument, but the former vice president is clearly a high-mileage 77. There are plenty of individuals in our political life who can function without strange perorations about leaving the record player on at night to fight systemic racism (or whatever).

That’s not quite the important part, though.

In Emanuel’s time in the spotlight, there is what scriptwriters refer to as a “throughline” — a consistent theme or narrative in a plot. In his case, it’s an unusual preoccupation with why we’re here after a certain sell-by date. This was the case with what got called “death panels” under Obamacare. It’s been the case with his work in bioethics, in which he weighs who should get what slice of a zero-sum pie of health care resources and what kind of life is worth having (or saving).

It’s unfair to say he wants to hasten our movement toward the door marked “Exit.” It’s more accurate to say he’s curious why we’d want to stay in the theater after he thinks the good part of the movie is over.

All of which is to say he’s now been called upon for a task force that’s supposed to extend life and expand health care resources in the fight against a disease that’s taken its toll primarily on older individuals.

At 63, according to Dr. Ezekiel Emanuel’s rubric, statistics say he should say a bit over the hill for this kind of job.

The thought is either rebarbative or accurate — so who are we to disagree?