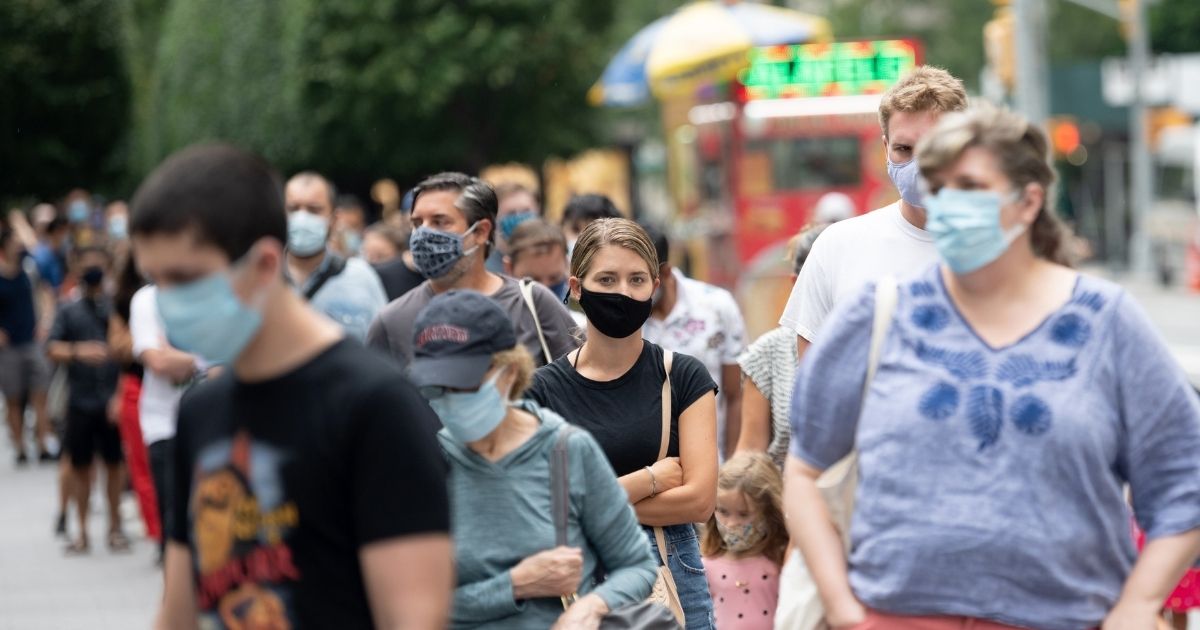 In his “Book of Epidemics,” written in 412 B.C., the Greek physician Hippocrates identified a malady that could have been influenza, or perhaps diphtheria.

Regardless, it’s clear that the flu has been with us for a very, very long time, and human society has developed in a way that allows us to expect it and live with it. As a result, we do not flail about in a panic whenever flu season rolls around.

Evidently, one doctor never got the memo.

According to a transcript from CNN’s “New Day” with Alisyn Camerota and John Berman on Wednesday, Camerota asked Dr. Paul Offit, the director of the Vaccine Education Center at The Children’s Hospital of Philadelphia and a member of the FDA’s Vaccine Advisory Committee, about the “huge benefit of wearing masks.”

“I mean, the fact that last year, at exactly this time, the positivity rate of flu was 30 percent. This year, 0.1 percent. I mean, that’s — that’s got to be masks, right?” she asked. “And the fact that people are socially distancing.”

TRENDING: Trump Says He Requested 10K National Guard Troops at Capitol Days Before Riot but Pelosi and Other Leaders Rejected It

“That’s exactly right,” Offit responded. “[I]f we mask and social distance every winter, we will see a dramatic reduction in flu.”

“I wonder whether that would be — will be the lesson from this,” he mused.

CNN pundit suggest the lesson from COVID might be that we should mask up and social distance ourselves every winter so fewer people get the flu:
pic.twitter.com/hRGpfIOvZx

The reaction on Twitter to this segment was mixed, but one commenter noted that masking to guard against the flu is something an individual can choose to do without the force of law.

I live in a northern state and get a bad cold/sore throat every winter. I didn’t get it this winter and I think wearing a mask to the store and not getting close to people indoors really did help. It’s my CHOICE going forward, I don’t need a law/mandate by my state.

The thought of permanent winter social distancing and mask-wearing, however, is terrifying. Offit’s argument would mean that the suffering, emotional damage and economic devastation brought about by lockdowns and other mandated components of social distancing would become a permanent fixture in our lives.

What is even more terrifying is that Offit is not the first doctor to suggest something like this.

RELATED: Did the Media Watch Cuomo Sexually Harass This Woman Last Year and Do Nothing?

In an interview with CNBC, Dr. Tom Frieden, the former director of the CDC during the Obama administration, argued that many of the cultural changes brought about by the coronavirus pandemic would be here to stay.

“I think we do need a new culture of masks, at least any time not feeling well,” Frieden remarked. “I think masks are in and handshakes out for the indefinite future.”

Will you continue to wear a mask once the pandemic is over?

A handshake is an egalitarian greeting, and a sign of respect. If we would permanently abandon such an important cultural symbol, an institution really, in light of a virus that we are now capable of vaccinating against, it’s terrifying to think what could be abandoned next.

Judging by the way some teacher’s unions have been acting, perhaps in-person schooling would be the next thing to go the way of the dodo.

Regardless, the American people will not stand for what the New York Post’s Karol Markowicz has called the “forever pandemic.”

A year’s worth of restrictions on our collective freedom has been horrible; a lifetime is unimaginable. More dangerously, by continuing pandemic restrictions indefinitely, the government would erode what little public trust is left — public trust that they would need in the event of a more dangerous disease.

We have more tools to fight COVID-19 than at any point before. Telling people that the restrictions have to stay forever will only disincentivize cooperation with those restrictions.

Ideally, the Biden administration and Democratic governors will get a clue before it is too late, but I’m not holding my breath.