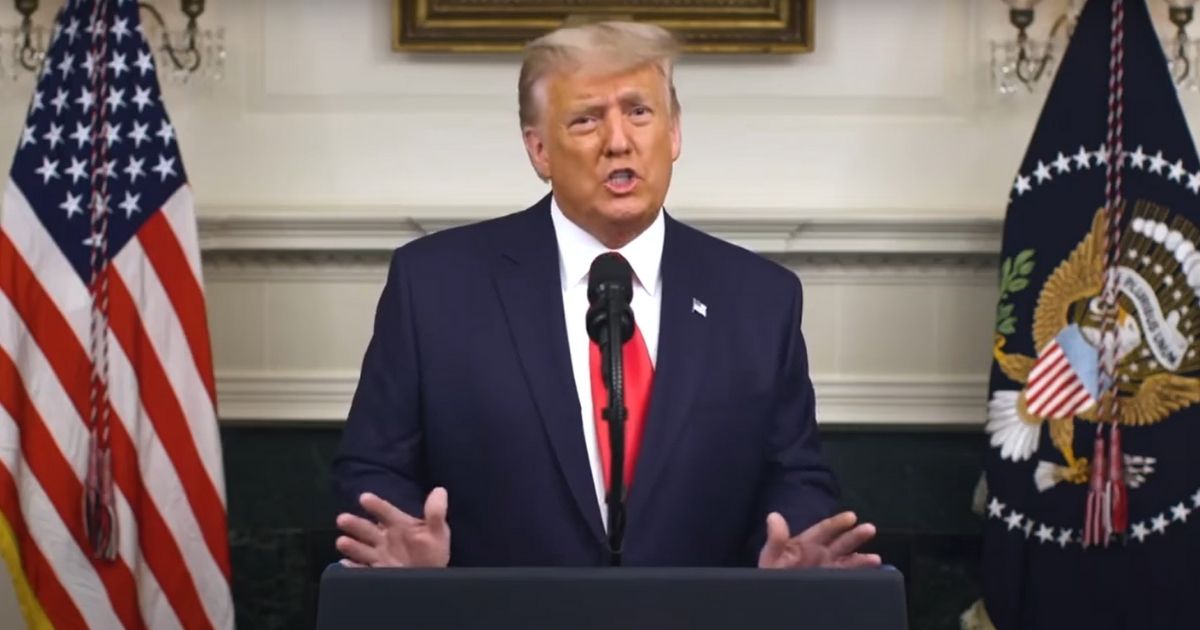 Trump began the video by saying, “This may be the most important speech I’ve ever made.”

“If we don’t root out the fraud, the tremendous and horrible fraud that’s taken place in our 2020 election, we don’t have a county anymore,” he said.

The president challenged the integrity of the voting in several crucial swing states.

In Michigan, Wisconsin and Pennsylvania, for example, Trump contended that the gap between him and Democrat Joe Biden is much smaller than the number of votes he said were fraudulently cast, according to Fox News.

The same goes for Arizona, Georgia and Nevada, he said.

“Millions of votes were cast illegally in the swing states alone, and if that’s the case, the results of the individual swing states must be overturned and overturned immediately,” the president said.

“We have in all swing states major infractions or outright fraud, which is far more in numbers or votes than we need to overturn the results of a state,” he said.

As an example, Trump cited irregularities in vote reporting in Wisconsin.

Pointing to a chart, he noted that he had a big lead on election night in the state until a “massive dump of votes” came in at 3:42 a.m. — almost all of them going to Biden.

“I went from leading by a lot to losing by a little,” the president said.

Tune in now to watch Trump’s complete speech on the #KUSINews at 4:00pm here: https://t.co/l09tiAqVTd pic.twitter.com/yegYRBJuBa

The president had previously shared a digital image of the Wisconsin graph on Twitter.

“Look at this in Wisconsin! A day AFTER the election, Biden receives a dump of 143,379 votes at 3:42AM, when they learned he was losing badly. This is unbelievable!” he said on Nov. 18.

Look at this in Wisconsin! A day AFTER the election, Biden receives a dump of 143,379 votes at 3:42AM, when they learned he was losing badly. This is unbelievable! pic.twitter.com/nhiLMmyHBn

Trump’s speech came as his legal team has been publicly presenting its case alleging fraud and irregularities this past week in states that include Arizona, Pennsylvania and Wisconsin.

Numerous signed affidavits of witnesses testifying to various types of election fraud have been filed in courts in several of the battleground states, and these affidavits do constitute evidence of fraud.

This, of course, goes against wider reporting from the establishment media, which quickly concluded there is no evidence of voter fraud.

Do you believe the 2020 election was free and fair?

The allegations have yet to be proven in court, but legal action over the election results in a number of states is ongoing.

Trump signaled he would continue his fight to prove the election was tainted in his address.

“As president I have no higher duty than to defend the laws and the Constitution of the United States,” he said Wednesday.

”That is why I am determined to protect our election system, which is now under coordinated assault and siege,” the president added.