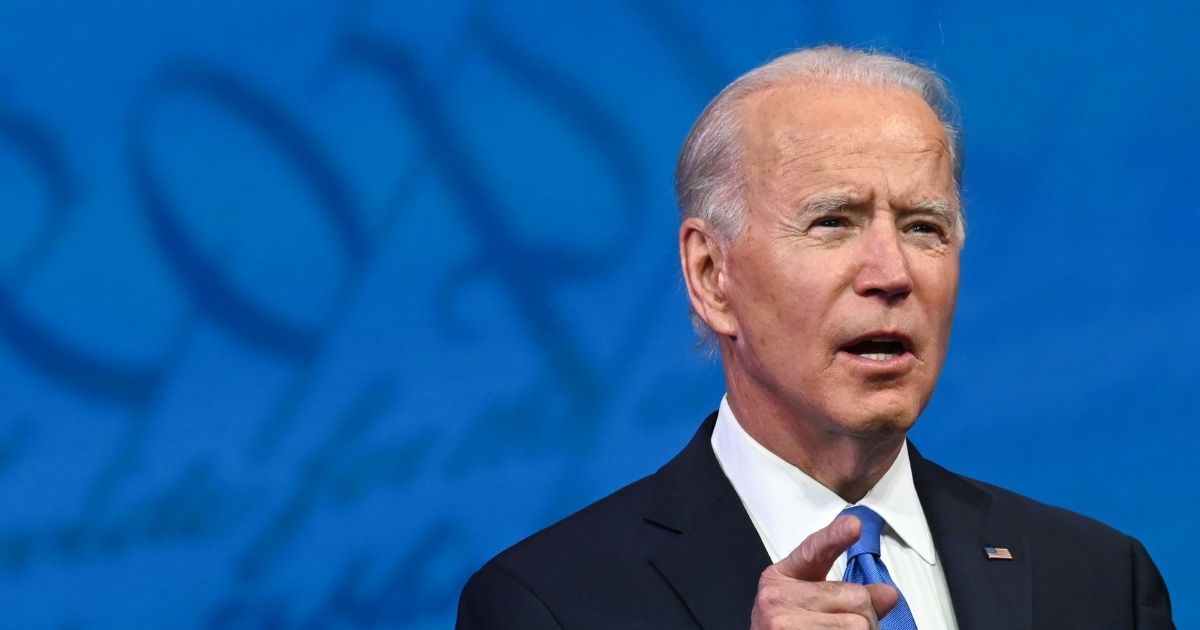 Social media giants Facebook and Twitter manipulate what we all see on our timelines through various algorithms and filters. The end game, according to numerous former executives for those companies, is to use us for revenue.

The business model works well, so hats off to the innovators. But what do tech leftists who control the flow of information do once they’ve already made themselves incredibly wealthy off our information and login sessions?

According to a review of Federal Election Commission records, in 2020, they put their money where their mouths were. Top execs at both companies donated tens of thousands of dollars to Joe Biden’s presidential campaign.

We know both companies worked to suppress negative reporting about the Hunter Biden email scandal. We’ve also seen them act as information referees since prior to the election, specifically with regard to the issue of election integrity.

They’ve thrown flags at President Donald Trump and conservatives who warned about the potential for election fraud after the USPS was tapped to handle millions of insecure mail ballots.

Those ballots are now largely the reason millions of Americans don’t trust the system anymore, and Big Tech doesn’t want that debated online. More flags! It’s all the more reason to distrust social media, if you suspect they don’t have your, or the country’s, best interests in mind.

FEC records confirm that Big Tech’s elites were all-in for Biden and Democrats this election, according to Fox News.

“A Fox News review of FEC records shows that top executives at the social media companies made large donations to the Biden campaign, including several who gave the legal maximum of $2,800,” the outlet reported.

At Facebook, Erin Egan, the vice president of public policy, donated $2,800 to Biden after already giving $2,800 during the primaries.

Do you think social media platforms should be broken up and/or regulated?

During the primary, Facebook chief revenue officer David Fischer donated $2,800 and gave another $750 during the general election.

Fox News couldn’t find a single donation from top Twitter or Facebook executives to Trump, which seems a bit brazen. If you’ve got endless cash and your hands positioned to put a kink on the information hose, why not at least dole out a few bucks to buy yourself some of Jim Biden’s alleged plausible deniability?

RELATED: Poll: Here’s Who the Top Pick Is in the Republican and Democrat 2024 Presidential Primaries

Twitter executives didn’t feel the need to offer themselves a way to deny their bias, at least not through campaign contributions.

The company executives were not the only ones contributing, as “dozens of Twitter and Facebook employees with ‘manager’ or ‘director’ in their titles donated at least $1,000 to Biden’s campaign.”

Facebook program manager David Debartolo donated that amount twice — once during the primary and again during the election.

However, at least two people over at Mark Zuckerberg’s data mining enterprise can claim to be impartial.

It’s unlikely that any of the donations had any effect on the outcome of the election itself, and Twitter said as much in a statement to Fox News.

On Monday, Twitter spokesman Trenton Kennedy said the company has “stated many times — that we enforce the Twitter rules judiciously and impartially for everyone on our service.”

“Political ideology — especially that of our employees — plays no part in this process,” he said.

But perhaps we will never know what that actual outcome was.

A great many people feel as if the reported election results will forever be shrouded in a dark cloud. There has been too much scandal, too many irregularities and too much institutional bias — which is in-turn disputed by social media’s nameless and faceless fact-checkers.

But the FEC disclosures are important in that they shed more light on the motives of Big Tech’s decision-makers. Those people spent the entirety of the election engaging in censorship of conservatives and large-scale gaslighting of users who questioned the official lines from Democrats and the corporate media.

Big Tech’s influence on the election is hard to measure, but Silicon Valley did everything it could to help Biden. Big Tech wasn’t interested in being impartial, or in offering users a platform where they could evaluate information for themselves.

The donations from company execs and employees merely affirm what we already knew, which is that these people are partisan actors with their hands on the controls.

Whether Twitter and Facebook’s bigwigs donated to Biden while simultaneously running interference for him was motivated through altruism or through self-interest remains to be seen. The swamp, as we know, is very deep.

But one thing is clear: as long social media companies are allowed to monetize and manipulate the discourse, they are an existential threat to the First Amendment. Technocrats hold unprecedented influence over the culture, and they’re in the tank for Democrats.