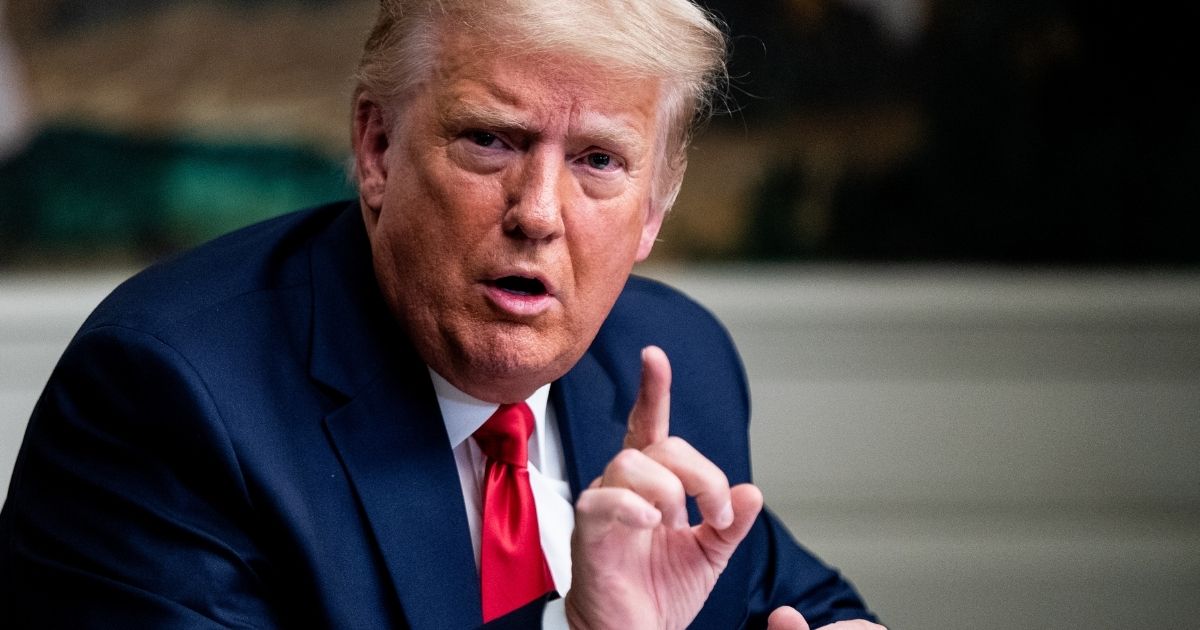 President Donald Trump laid into an establishment media reporter Thursday during a media briefing on Thanksgiving.

The president was taking questions about a number of topics, including proposed troop withdrawals from Afghanistan, coronavirus vaccines and also about the still-contested election.

Asked if he will leave the White House if Democrat Joe Biden is officially elected president, Trump affirmed he indeed would, but only if Biden is certified as the winner by the Electoral College.

“It’s going to be a very hard thing to concede because we know there was massive fraud,” Trump said.

Trump stated that time is not a luxury to prove allegations of massive election fraud, but “everything else is on our side, facts are on our side, this was a massive fraud.”

The exchange with the media quickly grew tense, though.

Trump, apparently incensed by a disrespectful reporter, set him straight during a moment where members of the White House press pool were heard on video yelling over one another.

It is not clear exactly what was said, but Trump’s response was crystal clear.

“Don’t talk to me that way. You’re just a lightweight,” Trump said to the reporter.

”Don’t talk to me that way. I’m the President of the United States. Don’t ever talk to the president that way,” he added.

Newsweek identified the reporter the president was speaking to as Jeff Mason with Reuters.

Are you glad Trump has continued to stand up to biased reporters?

Trump moved on from Mason and stated, “alright, I’m gonna go with another question.”

Asked again about conceding if Biden is certified, Trump affirmed he would, if necessary.

“Certainly I will, and you know that,” Trump said.

Trump also was not shy about questioning the election results, and Biden’s supposed historic margin of victory.

“This election was a fraud,” he said.

“There’s no way that Biden got 80 million votes,” Trump told the reporters, concluding that there was widespread fraud that pushed Biden over the finish line.

“This election was a rigged election.”