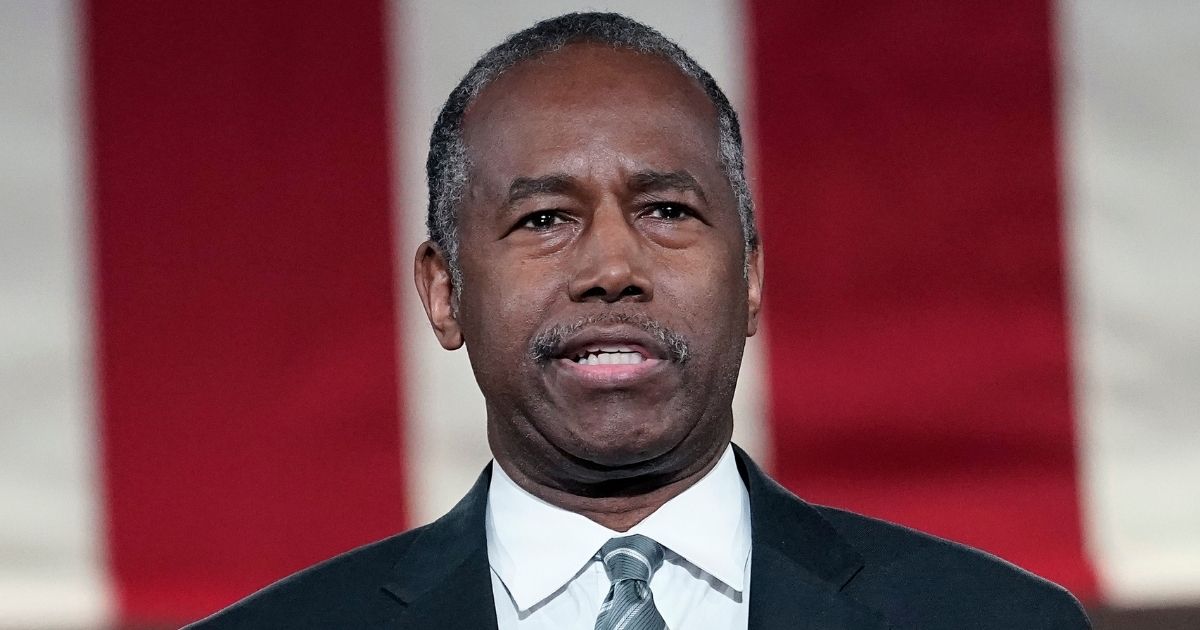 A spokesman for Dr. Ben Carson reported the secretary of housing and urban development was “in good spirits” after testing positive for COVID-19 on Monday.

According to ABC News, Coalter Baker — Carson’s deputy chief of staff — said the secretary “feels fortunate to have access to effective therapeutics which aid and markedly speed his recovery.”

ABC News reported that Carson attended the same election watch event at the White House on Election Day as President Donald Trump’s chief of staff, Mark Meadows, who Bloomberg News reported tested positive for COVID-19 the day after the election.

Although Meadows, 61, did not speak to Bloomberg, the news outlet asserted he might have been asymptomatic and kept the news among a few co-workers.

CNBC weighed in on Carson’s diagnosis Monday, attributing it to “large gatherings” at the White House with “numerous officials and others who work there, including Trump,” testing positive since September.

CNN chimed in that Carson was “spotted maskless” at a rally for Trump in Michigan on Oct. 30, prior to his election night exposure to Meadows.

Bloomberg Sr. White House Reporter Jennifer Jacobs tweeted Monday that Carson was in the company “of other members of the Trump cabinet” during the watch party.

Ben Carson, who has coronavirus, was at the White House for the election night watch party on Tuesday, along with other members of the Trump cabinet, including Bill Barr, Steve Mnuchin, Alex Azar, David Bernhardt, etc.

Conservative commentator Armstrong Williams said in a Monday tweet that he had spoken with Carson, who was “doing extraordinarily well.”

Spoke with my brother Dr. Carson earlier and he is doing extraordinarily well. He is so grateful to have access to powerful therapeutics. We also pray for the millions who celebrated over the weekend and may have exposed themselves to COVID19.

Williams also said he was praying “for the millions who celebrated over the weekend and may have exposed themselves to COVID-19.”

RELATED: Biden Just Unveiled His COVID Advisory Board, and It Contains a Worrying Name

Others on social media, however, mocked Carson’s diagnosis.

Ben Carson of all people is well aware how contagious Covid-19 is, yet he refused to follow safety protocols. He’s as dumb that fraud who refuses to concede.

Ben Carson has coronavirus, according to ABC News. He caught it at Donald Trump’s election night party. As I’ve said, I wouldn’t wish this awful virus on anyone. But these clowns did it to themselves.

Carson was a renowned neurosurgeon before retiring from medicine in 2013.