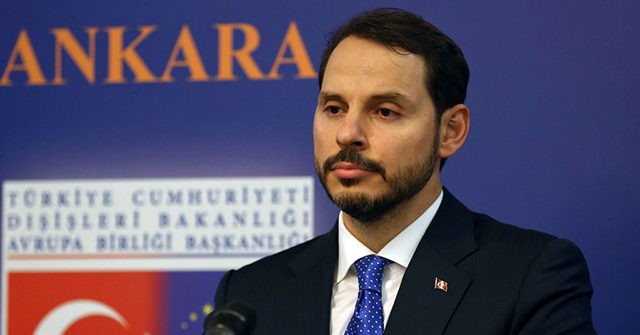 Albayrak is the son-in-law of Turkish President Recep Tayyip Erdoğan, who fired central bank governor Murat Uysal on Saturday. Erdoğan replaced Uysal with former Finance Minister Naci Agbal, whose policies are believed to be at odds with those of Albayrak.

The personnel shuffle comes as Turkey battles an economic crisis that began in 2018 and grew worse under the leadership of Albayrak as finance minister, observers say. Turkey endured a currency crisis in 2018 followed by a recession. Its weakened economy was hit hard by the coronavirus pandemic at the start of this year. Since then, the Turkish lira has lost 30 percent of its value against the U.S. dollar.

“After serving in ministerial posts for nearly five years, I took the decision not to continue my duty [as finance minister] due to health issues,” Albayrak said in a statement posted to his Instagram account on Sunday. He became Turkey’s finance minister in 2018 after serving as the country’s energy minister from 2015-2o18.

Turkey’s president must accept a government minister’s resignation for it to be finalized. It is not yet known if Erdoğan will accept his son-in-law’s resignation. Albayrak, 42, is married to the president’s elder daughter, Esra.

After Turkish Interior Minister Suleyman Soylu resigned in April, Erdoğan rejected the resignation. The president judged that it was not “appropriate” for Soylu to resign and insisted that the minister would continue in his position. Soylu remains in his post as interior minister today.

“The Turkish lira on Monday gained value as the new central bank governor assumed the charge. The US dollar/Turkish lira exchange rate was down by around 4 percent versus Friday’s close,” Turkey’s state-run Anadolu Agency reported.

Agbal stressed the “decisive use of all policy tools in pursuit of price stability objective,” in a statement on Monday.

“The monetary policy communication will be strengthened in the framework of transparency, accountability, and predictability principles,” Agbal said.